One of the biggest changes from AngularJS to Angular (2+) is the step away from two-way data binding. The problem with two-way data binding is the potential for unexpected cascading effects and can be hard to reason about the bigger the project is. With the change to one-way data binding in Angular, data is passed down through components and if a changed is required as a result of some action, it is emitted back up to the top where the change is actually made because Angular applications are made up of a hierarchy of components.

This is achieved through a combination of defining the input and output properties of the child-element in the parent component html and the @Input and @Output of the child component.

Input and Output as an API for your component

In other words, a component can receive data from its parent as long as the receiving component has been specifically defined (or exposed) ways to receive that data, just like how an API functions. Similarly, components can send data to their parents by triggering an event the parent listens for.

Here’s a graphic of how it works between Parent and Child: 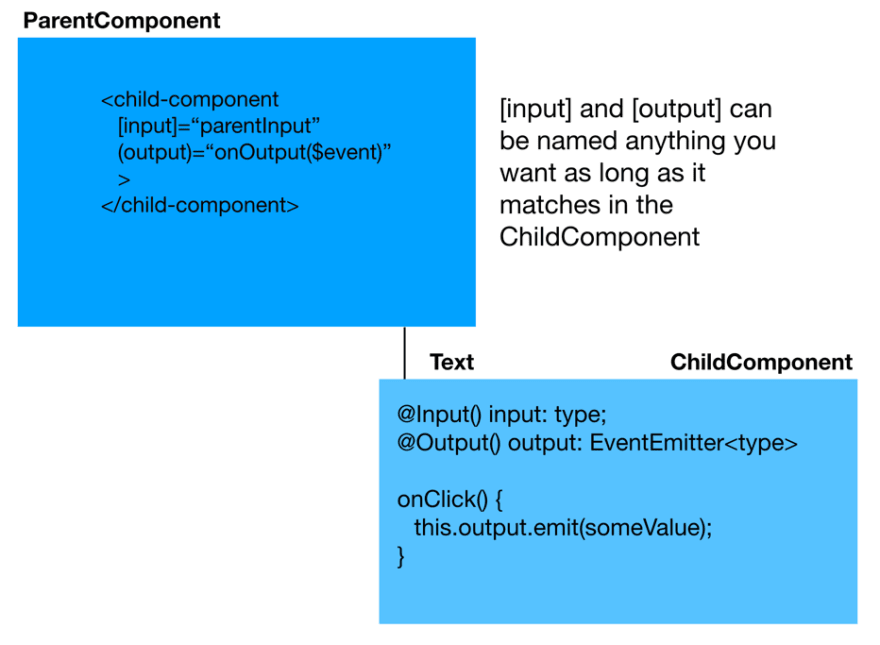 Just remember that in the ParentComponent.html as you define the ChildComponent, the child properties are on the left, and the parent are on the right, sort of like when you declare a variable and assign it a value where the variable is on the left side of the = and the value is on the right. 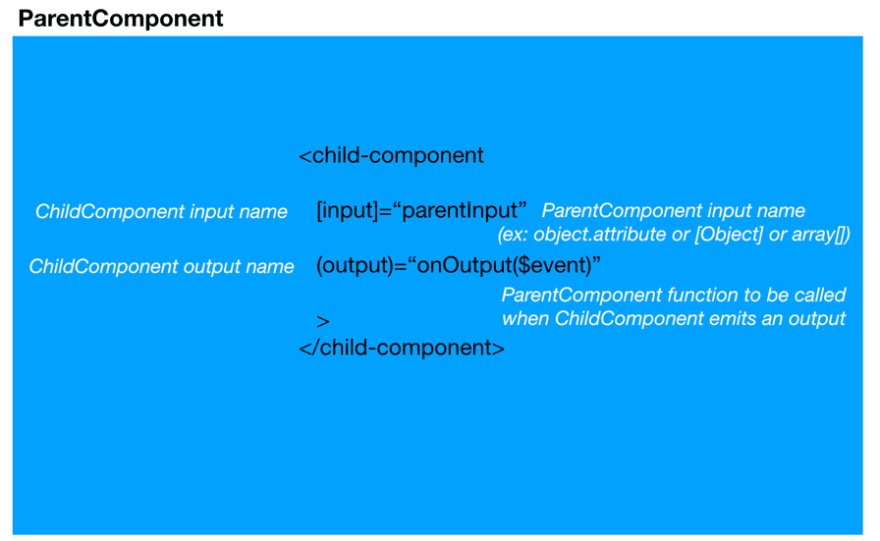 It is important to note that doing this for more than 1 or 2 layers of nested components or across to same level components can get complicated and pretty confusing. A better way to centralize this data is through the use of services, which I’ll write about in the next article.

Create a new Angular project using the CLI, if you don’t have one set up yet: $ ng new parent-child

-Create a simple class, in this case, I’m just creating a model of myself a stephen.model.ts

In the model, I’ll add the following attributes:

In the app.component.html file, we’re going to erase the default filler and add the ParentComponent element: <app-parent></app-parent>

In the parent.component.ts file, we’re going to make an instance of the object:

If you were to run $ ng serve right now, all you’d see is:

` element for each item in the array, which would reduce repeated code, but for this quick and simple example, it works just fine.

– Here you see we did not instantiate a new Stephen object, and yet we were able to access the attributes. You could have also passed in specific attributes of the object instead of the entire thing if you wanted.

At this point, your app should work, when you click on one of the names, it will update the parent:

Here’s a chart that shows both Parent and Child side by side to further help illustrate how it all ties together with details removed.

The ChildComponent emits back up to the ParentComponent and lets the parent decide what to do with the event. This helps keep logic in fewer and more logical places than complex logic in every single component in the entire app. 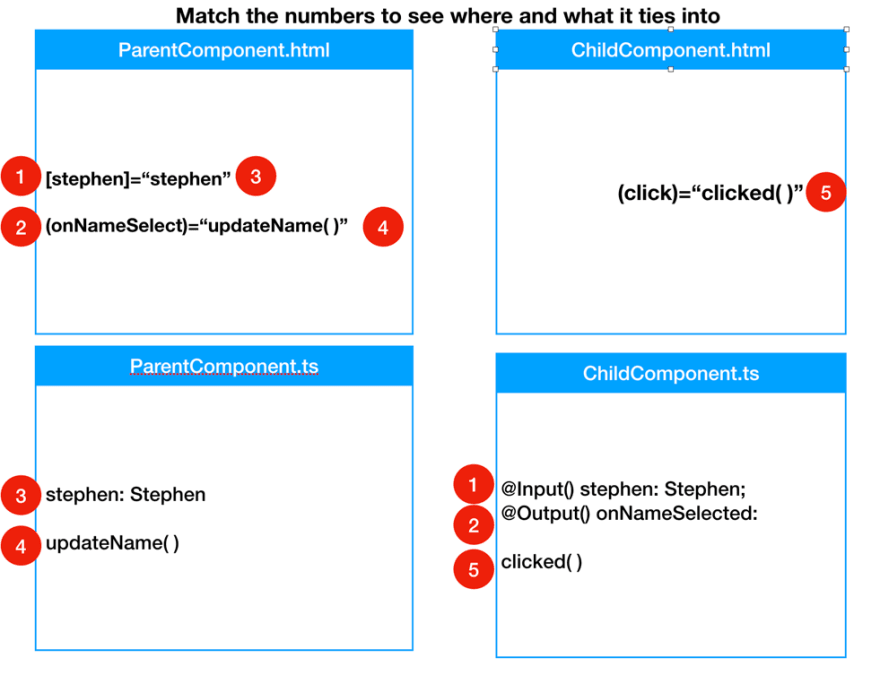 Using this method to pass data cross-component or in heavily nested components (more than 3 layers) can get confusing. If you find yourself needing to pass a specific piece of data around a lot, it might be time to think about centralizing it and using a service , which I will discuss using the same example in the next article, which will be in the next few days because we’re expecting a little baby girl any day now and I better get this next article out now, otherwise it could be weeks or months!

Please don’t hesitate to send your questions, comments, criticisms and follow me here or any of my social media accounts.