A ransomware is a piece of code that encrypts files and denies user access. The files can only be decrypted with the key used while encryption.

In this project, Python's Fernet module is used to generate keys, encrypt, and decrypt files.

encrypt.py first generates a key (key.key file). This is being done by Fernet.generate_key(). The key.key file stores the key which will be used to encrypt and further decrypt files. encrypt.py recursively iterates and encrypts all the files present in the root_dir. During encryption, we need to make sure that we are not encrypting the keys or the script used for encryption, or else that might have not end up well.

decrypt.py iterates through files similar to encrypt.py. Just the difference is that instead of encrypting, it decrypts all the files using same key which was generated during encryption. Without that key, decryption wouldn't work.

For recursively iterating files during encryption and decryption, FileLister is being used, which is just simple recursive way of listing all the files in a given directory.

For encryption, either give no arguments to run throughout test_dir or give specific path: 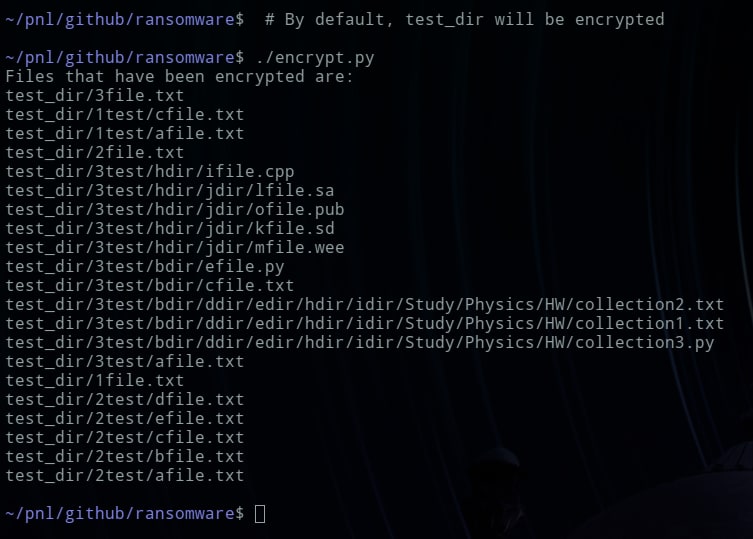 For specific set of files:

For specific set of files: 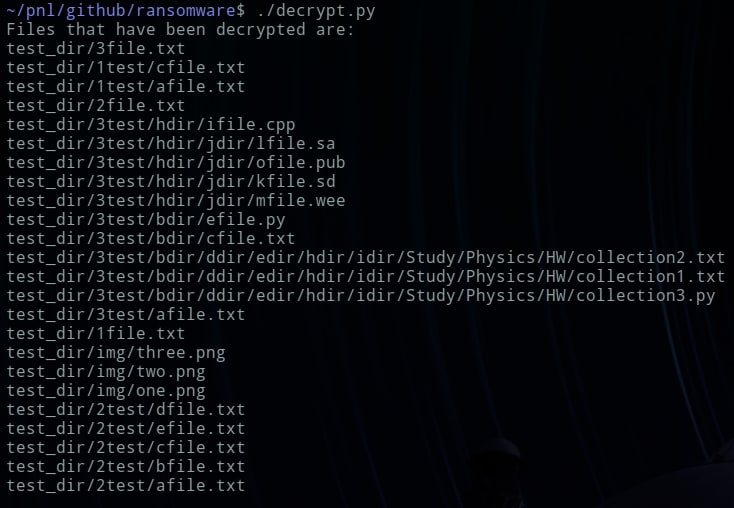 The Easiest Database you could ever need!

chinmay chhajed
Sharing tips, tricks, hacks, tools, programs which I use to make my linux system more lovable 🥰
Transfer files between your phone and computer without any cable and internet!
#productivity #python #lifehack #wifi

Once suspended, chhajedji will not be able to comment or publish posts until their suspension is removed.

Once unsuspended, chhajedji will be able to comment and publish posts again.

Once unpublished, all posts by chhajedji will become hidden and only accessible to themselves.

If chhajedji is not suspended, they can still re-publish their posts from their dashboard.

Once unpublished, this post will become invisible to the public and only accessible to chinmay chhajed.

Thanks for keeping DEV Community safe. Here is what you can do to flag chhajedji:

Unflagging chhajedji will restore default visibility to their posts.