👨🏼‍💻 What is Dependency Injection❓ Benefits❓Implementation Methods❓| with Code Examples 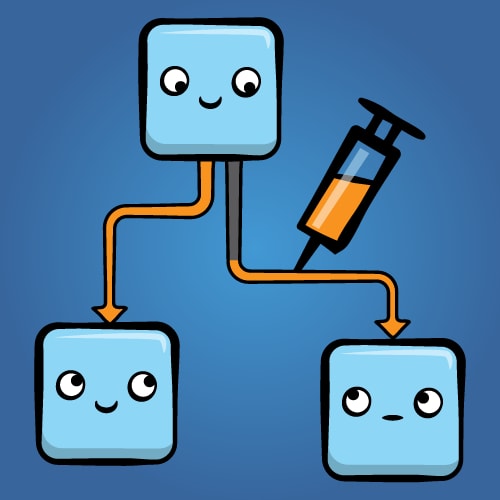 What is a Dependency❓

Dependency is some required object instances which we depend on them & we need them in order to completing somethings.

Methods of Providing the Dependencies❓

In this method, dependencies are injected from outside of the class into the class. As you see in the below, the class requests its needed dependencies while it's being created.

Example Class Which Dependencies Injected from Outside

💉 What is Dependency Injection❓

Dependency Injections is a design pattern that allows us to separate the creation and use of dependencies. It allow us to manage dependencies easily.

By this, we can inject required dependencies at run-time instead of creating them in the needed class. Also, it is the implementation of Dependency Inversion — SOLID’s 5th principle — .

🤔💉 Why we should care and use Dependency Injection❓ Benefits❓

Self Construction is quite simple. No big efforts or costs. And also the main class — eg. _Developer — _class has full control over how and when to create dependencies. But has some cons as below;

With Dependency Injection, we try to resolve the above problems. Also has cons like needing more time.

Benefits of the Implementing Dependency Injection are ; ease of testing, reusability of code, ease of refactoring, reducing boilerplate code, help to loose coupling and so on…

Let’s take a closer look at some of them.

Encouraging Single Responsibility ; DI is force us a little bit to separate responsibilities. Each class should be responsible for its functionality. No need to worry about creating dependencies.

Resolving Tightly Coupling ; By separating the responsibilities of the classes we will have loosely coupled classes.

Firstly we write our classes as above. It manages its dependencies. Also, it does its responsibilities. Okay, let's abstract our dependency classes Coffee, Computer, IDE.

— Actually taking a slip is not the responsibility of the Coffee class. But for simplicity I add it here —

We abstracted our classes. When we have to a different variant of Coffee such as Espresso, Americano, Latte etc. we need just implement this interface. Same thing for IDE and Computer classes. Now we can prepare easily different implementations as below.

Okay, we abstracted our classes but replaceability is how working? 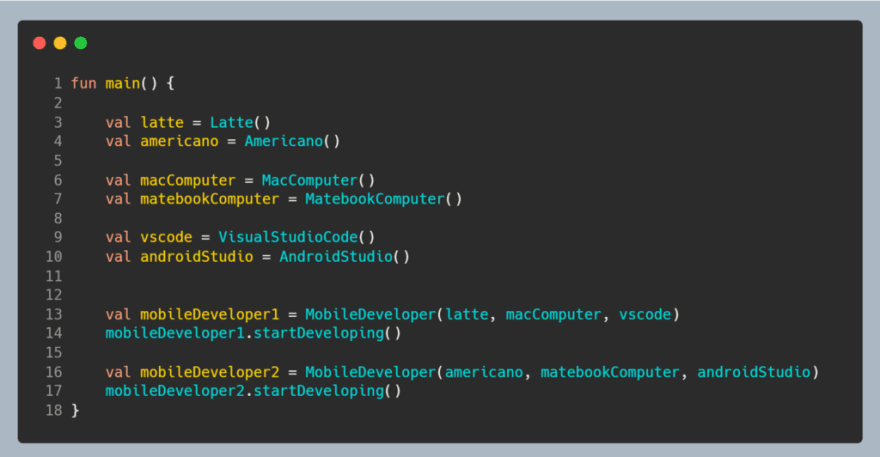 Now our classes are so flexible by Dependency Inversion and implementation of DI. We depend on high-level abstract classes and inject a specific implementation at run-time, based on the required use case.

Ease of test ; We can easily inject mock instances to our classes for imitation of different scenarios thanks to the easy replaceability of dependencies.

There are some benefits of DI such as above.

When some classes are instantiated by the system/library/framework we have to set dependencies by setter functions or by builder pattern. 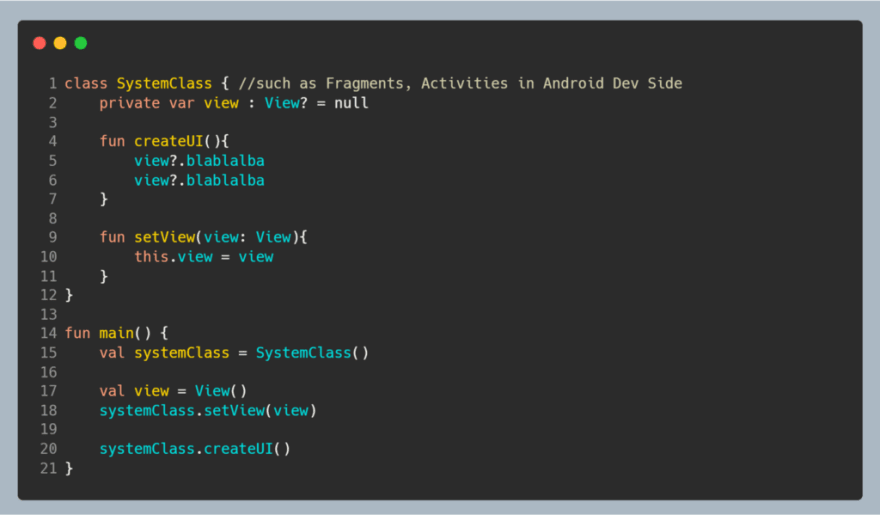 In this method, we pass needed dependencies while creating an instance of a class. We can do that in 2 ways as below.

For creating a MobileDeveloper instance we have to prepare dependencies of it.

Did you think as

Wtf 💩. I just want to create a shit instance, use it and just focus to my main job

Yeah, you are totally right. And I agree with you🤗. Also, I have a solution for you in order to solve this. Let’s move to the next title.

In the previous title, we created, provided and managed dependencies ourselves. But there are various libraries to do that behalf of us. There are many features of them and they have 2 key functionality almost all. 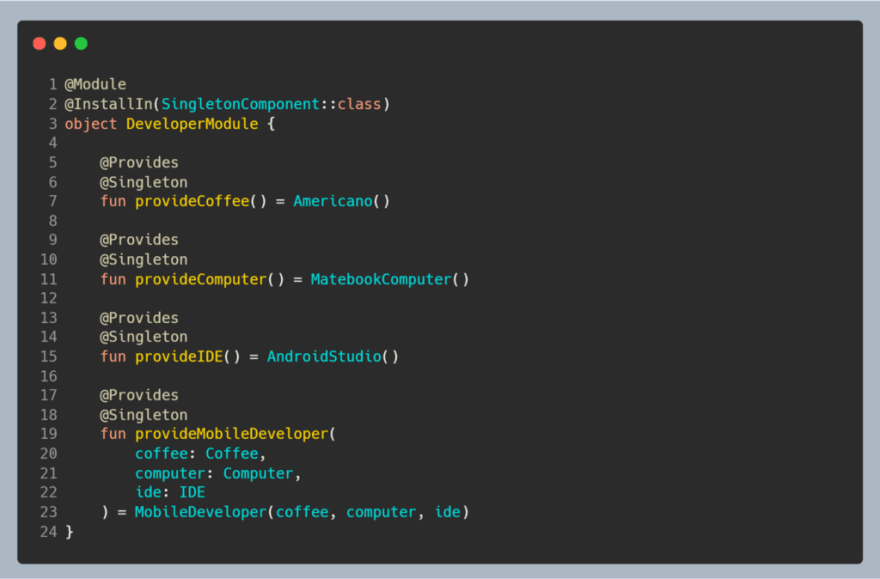 Dependency Injection is not a magic wand. It will be so significant, useful, and applicable when we care about SOLID, Clean Coding Principles and Modular Architecture etc. It is just an idea of handling dependencies somewhere instead of the dependent class. It will be good practice if we dedicate a part of our app to DI. For achieving that, many libraries, frameworks help us. Of course, we can do that without any 3rd party library or framework. But libraries, frameworks decrease a lot of boilerplate code and make easier management of dependencies.

So let’s continue our development life with implementing DI via libraries, frameworks.

Happy Coding 👩‍💻.Thanks for reading🤗. Have a healthy life. See you in the next articles👋.

Once suspended, cengiztoru will not be able to comment or publish posts until their suspension is removed.

Once unsuspended, cengiztoru will be able to comment and publish posts again.

Once unpublished, all posts by cengiztoru will become hidden and only accessible to themselves.

If cengiztoru is not suspended, they can still re-publish their posts from their dashboard.

Once unpublished, this post will become invisible to the public and only accessible to Cengiz TORU.

Thanks for keeping DEV Community safe. Here is what you can do to flag cengiztoru:

Unflagging cengiztoru will restore default visibility to their posts.