You can simply use the List control to display a list of scrollable items in your SCADE project. It allows you to display data in a scrollable list format. Users can then click on any list item to select it. We don't need to utilize scroll view or anything else with the List widget in the Swift cross-platform native development platform like SCADE (www.scade.io) because it is scrollable by default.

The List control is unique and will come in handy when creating cross-platform applications. We'll be using the List control in this tutorial to demonstrate how to use it in a fairly frequent scenario.

Here, we want to alphabetically display all the European countries and their respective capitals alongside them in our basic SCADE app.

You'll be able to do the following by the conclusion of this tutorial:

Create a new project in your SCADE IDE to work with the List control (if you don't already have one) and follow the steps below:

Step One: Add List Control to the desired position on Page

Once you've successfully dragged and dropped the List control to your preferred page of choice, use the constraints box to ensure that the List widget takes up all the available space.

See the Screenshot below as a Guide: 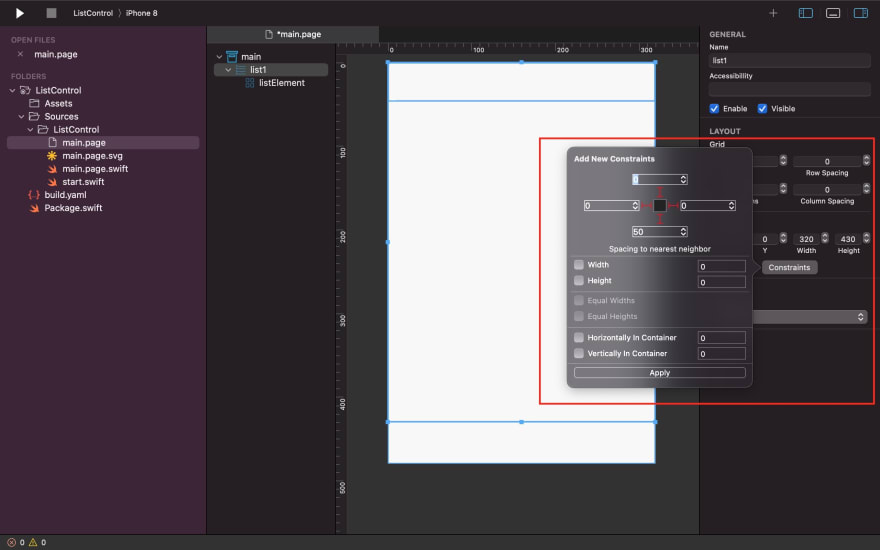 How you customize the List control's list element determines how your data is displayed. We put a Grid control within the list element in the basic SCADE app we're building in this tutorial, and we configured it to have two rows and a column to accommodate the countryName and countryCapital text labels.

See the Screenshot below as a Guide: 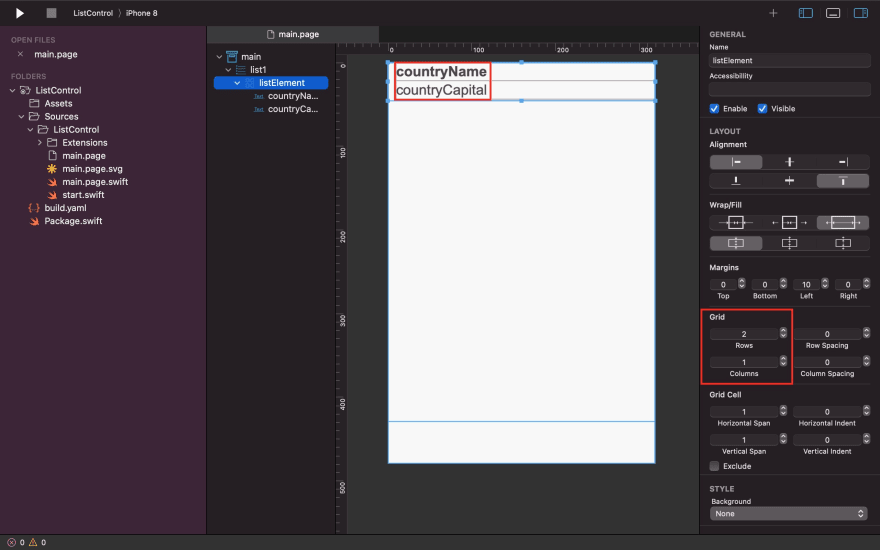 Create a new class in a new swift file in your SCADE project and define the type of data you want to bind to the List control and its properties, just as the Country class in the Country.swift file we created in this tutorial for displaying European countries and their capitals. Above all, don't forget to inherit the EObject class alongside your new class as well. 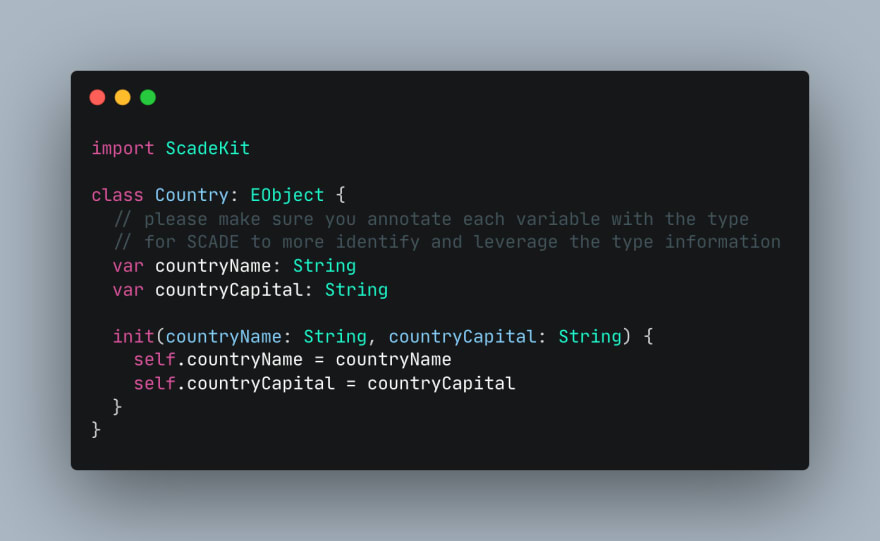 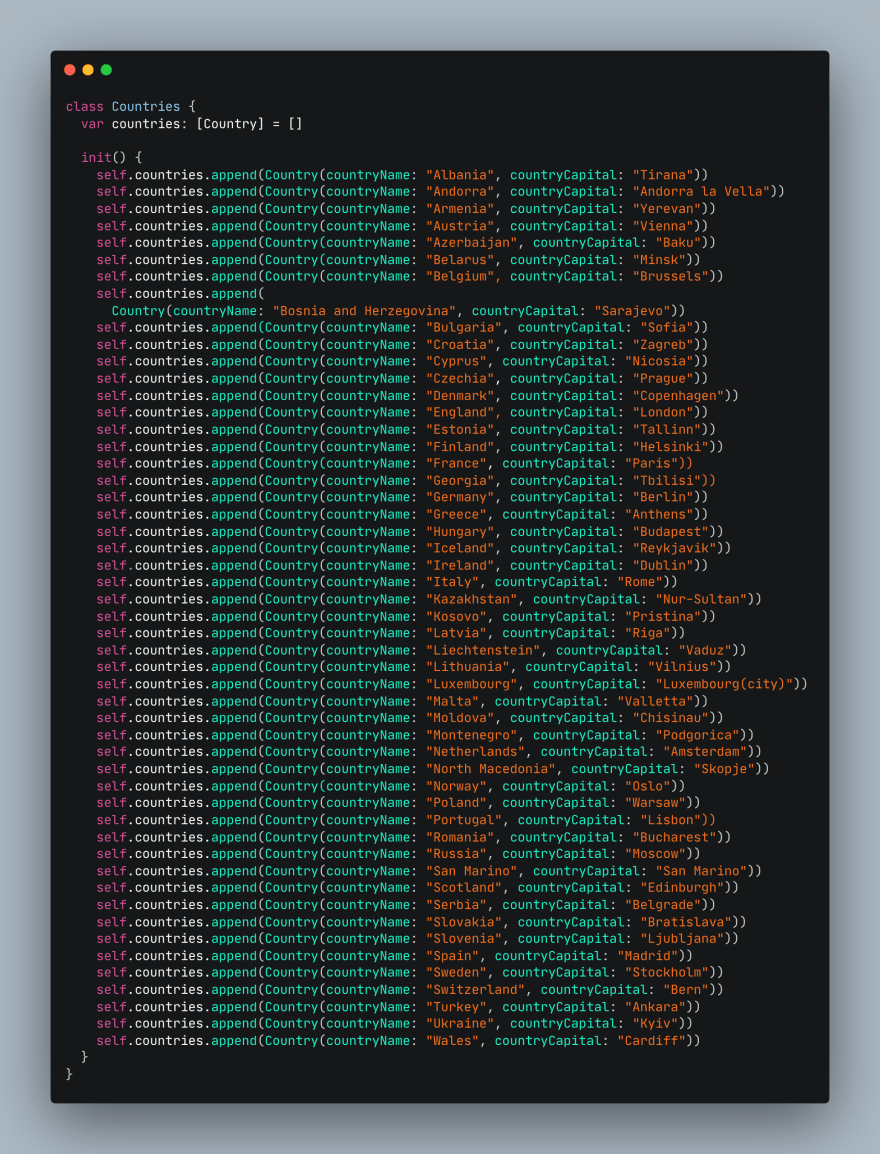 Step Three: Define and Bind the Data Source to Controls 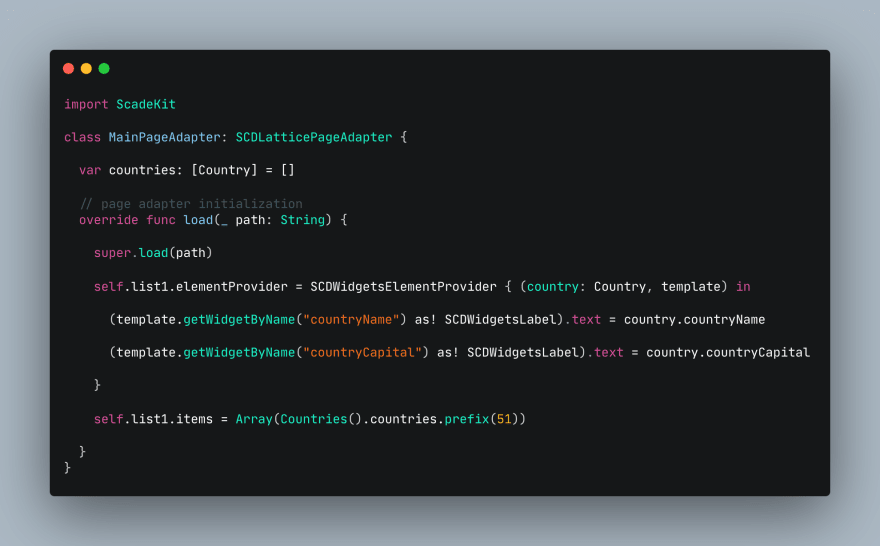 In this SCADE Tutorial, we learned how to create and use a List Control in the SCADE Application. The source code for this tutorial is available on GitHub.

Thanks for keeping DEV Community safe. Here is what you can do to flag cdfcreator: