In this article, we will discuss one of the tools provided by React to make our React application lighter and more efficient. We will discuss React.memo, this is different from the useMemo Hook in React. In short, useMemo is used to retain a value to avoid unnecessary re-rendering, for more details about useMemo, you can refer to the following article:

React.memo is different from useMemo, React.memo is useful for maintaining child components to avoid unnecessary re-rendering. For further discussion, we will use a case study example. First, please consider the following code sample. 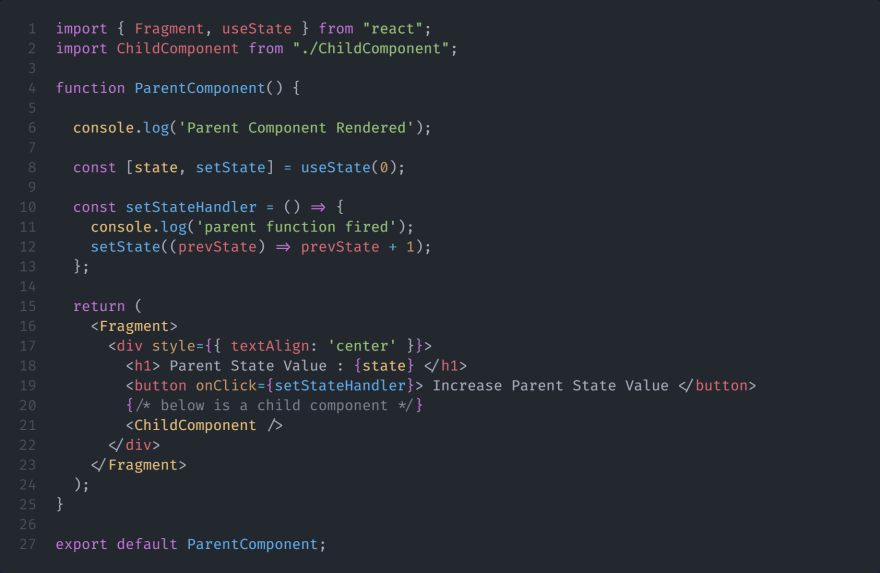 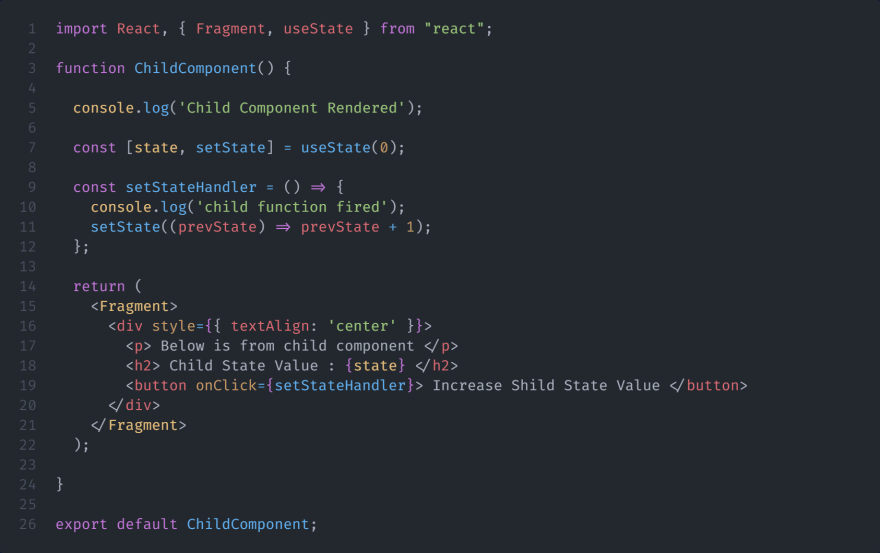 The sample code above, when we run it, will look like this:

If we take a quick look, it seems that there is nothing wrong with the results of the code above, but if we pay closer attention, we will find something wrong. We try to open the console in our browser, for firefox you can press the ctrl + shift + k keys, if successful, a display will appear as follows.

If we press the "Increase Parent State Value" button, you will see changes to the parent state value. If we look at the log in our browser console, we will get a log like the following image.

Treating this re-rendering of ClientComponent may not significantly affect the performance of this simple example application, because not so many resources are used. This will only be felt if the ClientComponent uses a lot of resources, for example making requests to the API and rendering large amounts of data, or doing large amounts of calculations. Unnecessary re-rendering like this must be handled, so that the application will run efficiently and effectively.

React has provided facilities to deal with problems as described earlier. To solve this problem we can use the memo method in the react library. For implementation using this memo method, we can pay attention to the example below. 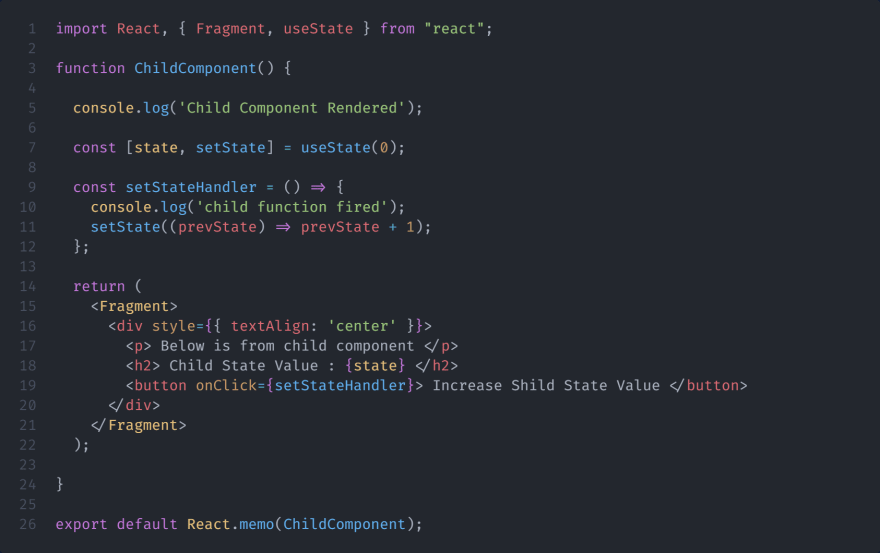 We can use the memo method when exporting the component as in the example above at line 26.

We can see the difference, if we press the "Increase Parent State Value" button, and if we look at our browser console, we will find a log like the image below.

If we pay attention, we can no longer find the "Child Component Rendered" log. The results of the log indicate that the ClientComponent has not been rendered again when pressing the "Increase Parent State Value" button. Thus we have succeeded in preventing unnecessary re-rendering of our simple application. With this technique, our application will become more efficient and more effective.

Thank you for reading this article, I hope this article is useful for you, if you learn something new from this article, please provide feedback on this article, or give us criticism, suggestions so that it can be even better. Maybe you want to buy me a cup of coffee?

Once suspended, catur will not be able to comment or publish posts until their suspension is removed.

Once unsuspended, catur will be able to comment and publish posts again.

Once unpublished, all posts by catur will become hidden and only accessible to themselves.

If catur is not suspended, they can still re-publish their posts from their dashboard.

Once unpublished, this post will become invisible to the public and only accessible to Catur Wicaksono.

Thanks for keeping DEV Community 👩‍💻👨‍💻 safe. Here is what you can do to flag catur:

Unflagging catur will restore default visibility to their posts.