This is an ongoing project that will be updated regularly, the goal here is to serve as quick reference of some extent of object oriented programing in the C# language.

The fundaments of OOP such as Classes, Objects, Encapsulation and Hierarchy, will be covered here with examples in code. 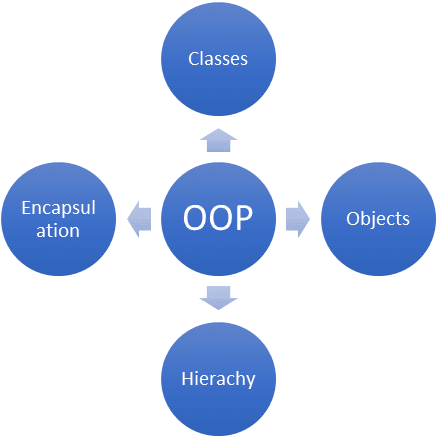 A Class is code structure whos main responsibility is to map an object of a certain domain. Within a class scope one can program behavior through methods. In the C# programing language a class is a reference type.

Classes are implemented to provide a more organized, reusable and clean code. Especially when you deal with applications with thousands of lines of code and business rules. Classes can be modeled as diagrams such as the Unified Modeling Language (UML), the figure below shows the UML representation of the class Book.

UML Representation of the class Book

When creating a new class it is important to design objects that are easily maintainable, usable and can be extended. To maintain good object-oriented design practices, principles such as SOLID are recommended to guide developers on the creation and design of classes. These principles may help developers in their journey of creating well designed applications and avoid projects that turns into the big ball of mud. The table below shows brief review of the SOLID principles.

The use of encapsulation is essential in object-oriented development. The strategy here is to keep implementations hidden in a class and expose only what is necessary. For example the interface of the object should be exposed and not the implementation. C# has resources that can be used to encapsulate a class with the use of access modifiers, interfaces and properties.

The code bellow has an C# code with a Book class. Notice that the author, name and price are private. Private members can only be accessed within the same type. Hiding private elements from inside an object is a strategy for good software development, so that only what is really necessary will be accessible to other objects.

The book class is immutable, this means that the values of an object cannot be changed, only if a new object is created. The access modifier GetAuthor() is also public, when creating a new object the GetAuthor() will be visible and return the authors name, however the author name can only be set in the act of creating a new class through its constructor. The readonly keyword assumes that the assignment of a value to a field is allowed in the constructor of the class.

According to the Microsoft Docs, an assembly is a collection of types and resources that are built to work together and form a logical unit of functionality 2. In visual studio an assembly can be viewed as a project. 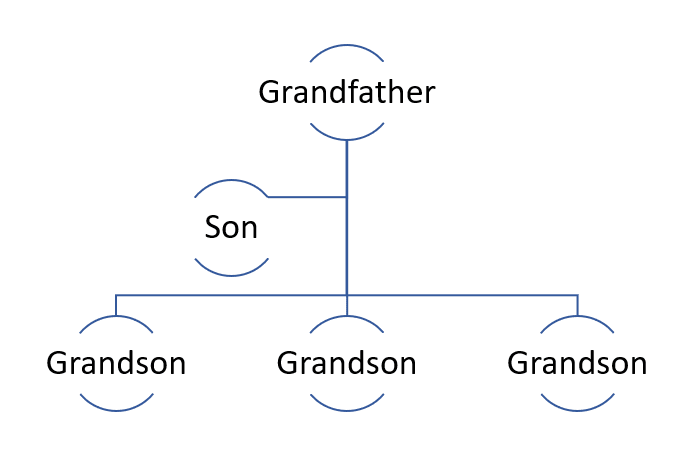 Inheritance is fundamental to object-oriented development. Just like the family hierarchy represented in figure of a tree above, inheritance happens when one class derives from another class. This relationship is created as an “is a” relation. An example would be that a dog is a animal and a pug is a dog. This type of implementation allows for better modeling and code reuse.

Interfaces are essential for object-oriented-programming in C#. An interface has signatures that are public of methods, events, properties and indexes. The code bellow has an example of the book interface previously implemented.

When creating interface a convention in C# is the use of a capital I as the interface prefix. This allows for better representation and identification of interfaces. Since C# 8, it is possible to implement default code for interface members.

By default interface members are public, the available access modifiers for interfaces are: public, protected, internal, private, protected internal,, private protected. The private modifier is required to be implemented by default.

Base and Derived Classes

Base classes can implement code that are reused in derived classes. With this in mind, when working with class Hierarchy one could easily extend or replace the behavior of a base class.

The virtual and override access modifiers are used for changing behavior of methods. Implementing virtual methods permits derived classes to override(change) the behavior from their base class. The example below has a BookBase (base class) with changes in the GetInfo method in the Book (derived class).

Moving from Visual Studio to VS Code as a .NET Developer