As told by a math major.

I spent ten years of my life in the classroom, educating young minds. While I have a great deal to say about my entire teaching experience, here I’ve decided to elaborate, reminisce, and reflect on my first couple of years as a young secondary mathematics teacher and how that time ultimately led to me discovering my love for computer science.

I decided to become a math teacher at the age of 16 as a junior in high school. My passion for the field of mathematics, combined with my admiration for my fabulous AP Calculus teacher, led me to this decision. Seriously, though, Ms. Autrey was the coolest!

Fast forward to my senior year. I found a good math education program at a university not too far from home. Oh, side note, my parents moved our family two states away in the summer before my senior year started, which is a whole other story in itself (stay tuned)! Regardless, I did my four years and I got the degree, while somehow bypassing student teaching! I landed my first job as a part-time middle school math teacher in 2012. I’m not going to lie, middle school was NOT for me. Something about that stage of development in the human mind led me to an intolerance of daily pre-teen interactions. 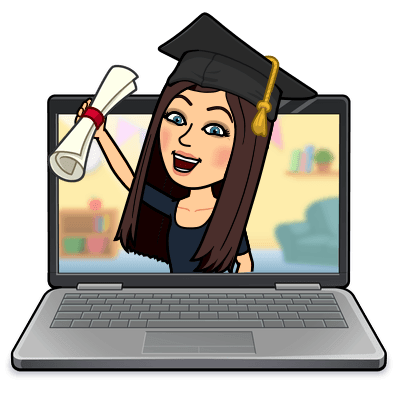 With that, I decided to move to high school. The position I ultimately took was at a Title I high school in a rural area. I was assigned to teach advanced trig and computer math. The computer math course was brand new to the school. In fact, it was pretty new to the Virginia curriculum. I say all of this because I was tasked with creating an entirely new curriculum from scratch with very limited resources. My department head couldn’t even tell me what the course was actually supposed to be about. 😅

I quickly got to work on creating lesson plans for a course that I was basically making up as I went. Based on the curriculum guide given to me, it was clear that the course was meant to teach students about basic computer programming concepts and how these skills could be used to solve mathematical concepts. A major problem, though, was that I didn’t have access to a set of computers for the students to use. This was 2013 and being in a school system not made of money, I likely wasn’t going to be approved to get laptops for the students. Sure, there was a computer lab, but other teachers signed up to use it all the time, so it wasn’t feasible to think I could get in there every day with my students. So, I had to come up with an alternative solution. 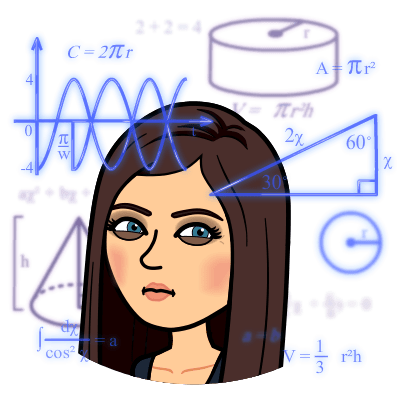 Then it dawned on me. Calculators! I remembered the little bit of dabbling I’d done in programming my calculator in high school and college. I would mostly just find small gaming programs online and play them when I was bored in class. Plus, TI-83+ calculators were abundant in my classroom. It was the “perfect” solution for the limited amount of resources I had. I was able to assign individual students their own calculators for the semester that they could easily take home to use for homework.

Now that I had the device solution solved, I quickly got to work teaching myself how coding on the calculators worked. I had a very small amount of exposure to computer science concepts in programming with MATLAB. However, I never fully understood what I was doing a lot of the time since it was just thrown at me in one of my advanced math courses in college. I usually just skated by, looking things up online and doing my best to hack something together.

Learning how to code on a calculator was quite an experience. I was very lucky to find the book, Programming the TI-83 Plus/TI-84 Plus, written by Christopher R. Mitchell. It had been published just a year before! I used this book as my bible to teach myself and the students various concepts in the world of TI-BASIC. I also supplemented some of what we were doing on the calculators with simple Python tutorials when I had the chance to get my students into the computer lab. 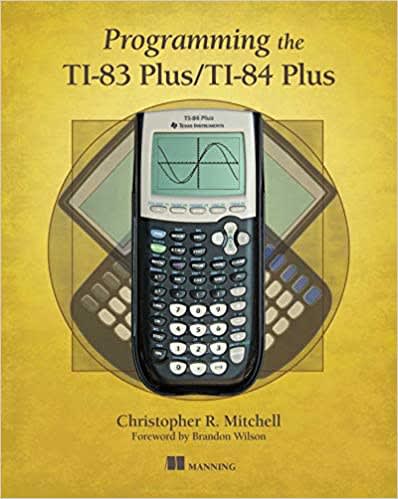 Long story short, the semester was not easy. There were many days when students would complain about having to work on such a tiny screen and having to do a ton of typing on a non-traditional keyboard. Oh, and I forgot to mention that this course was introduced at our school just to give students an extra math credit in order to graduate. So I was dealing with a large group of students who traditionally had struggled in previous math courses and likely didn’t care to take this course to begin with. 🤦 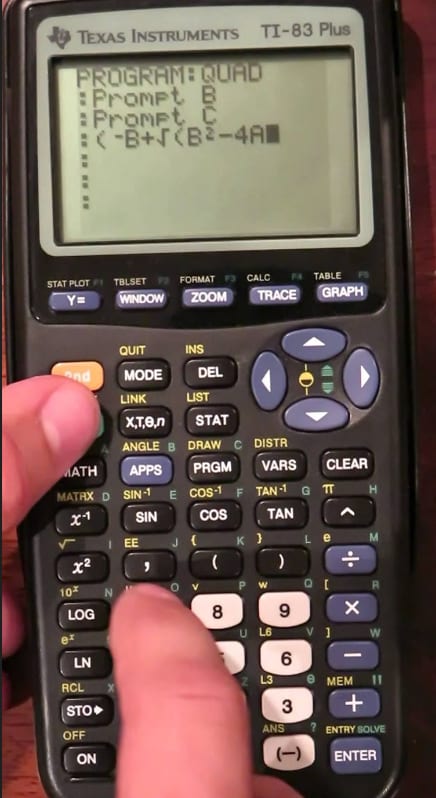 There were some very positive things that resulted from this computer math course experience. A lot of students were able to graduate high school by getting the extra math credit they needed and going on to do various non-math or non-computer science related things. On the other hand, several students discovered a knack for something they may not otherwise have found. I’ve received messages from students letting me know how they’ve used the skills from this course in their college experience and job careers. I’ve even had a few say they now have careers in computer science because of their experience in the computer math course!

Thinking back on this time during my teaching career now has helped me realize just how impactful that part of my journey was on my growth. I never imagined in college that I’d end up teaching myself to code and wind up changing careers. Ultimately, I can say that I am very thankful to have been granted the chaotic tactic of teaching a new course at a low-income school. Because without being thrown into the deep end, I probably never would have learned how to swim. 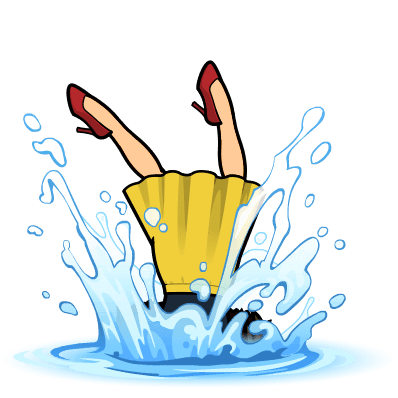 Once suspended, c_yatteau will not be able to comment or publish posts until their suspension is removed.

Once unsuspended, c_yatteau will be able to comment and publish posts again.

Once unpublished, all posts by c_yatteau will become hidden and only accessible to themselves.

If c_yatteau is not suspended, they can still re-publish their posts from their dashboard.

Once unpublished, this post will become invisible to the public and only accessible to Courtney Yatteau.

Thanks for keeping DEV Community 👩‍💻👨‍💻 safe. Here is what you can do to flag c_yatteau:

Unflagging c_yatteau will restore default visibility to their posts.