Disclaimer: this is an article of a project that uses the Google Language Sentiment Analysis API, it doesn't train any machine learning model.

The decisions on the architecture of this project were taken based on two decision criteria:

For a database I decided to use Google's Firestore (non relational database) - no special reason for that other than "I'm already using GCP (Google Cloud Platform) for the sentiment analysis".

The database has three collections: websites, keywords and sentiments.

The documents in the collections have the following fields:

The responsible for actually doing all the work is a Node.js script (https://github.com/Brudhu/politicians_analysis). The script does the following:

I decided to run this job periodically every 30 minutes (not faster because I don't want to spend to much on Cloud resources).

I had two options to host the job: GCP (again) and Heroku - I know there are thousands of options but these are the ones I've had more experience
with. I decided to go with Heroku and Heroku Scheduler Addon (the scheduler is the responsible for running the script periodically). It's free for now.

While the job on Heroku is free, the project on GCP is costing me 0.01 BRL per day.

To get the data from Firestore and analyze it, I wrote a Python script (will release it later).

For the first tests I set up two news agencies:

The only keyword that has enough data for some analysis is "Bolsonaro", which makes sense since he is the current president.

Most positive sentiment headline on UOL (Portuguese and the translated version in English):

Most positive sentiment headline on G1:

Most negative sentiment headline on UOL:

In this case we can see an error on the translation. I would say the best translation would be "Bolsonaro blames governors: 'This bill is not mine'"

Most negative sentiment headline on G1:

The word cloud of every single headline analyzed is the following (it's in Portuguese, don't kill me): 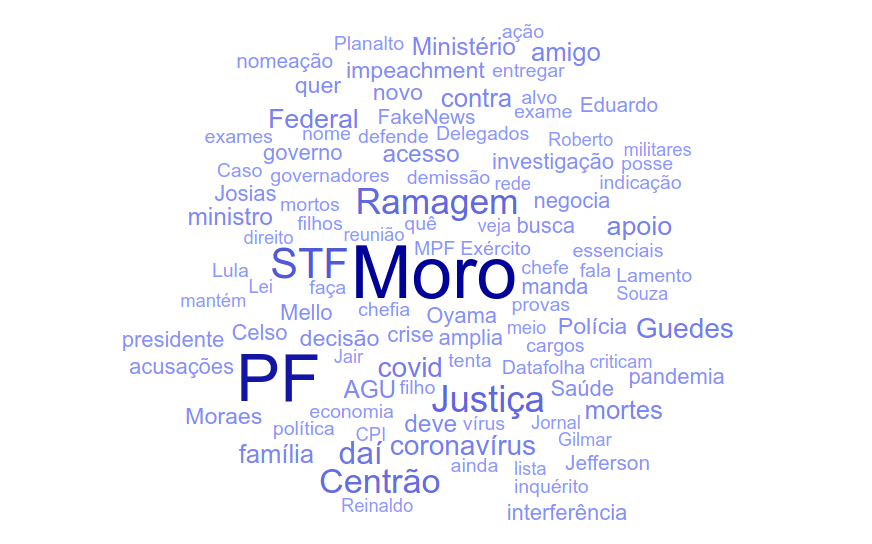 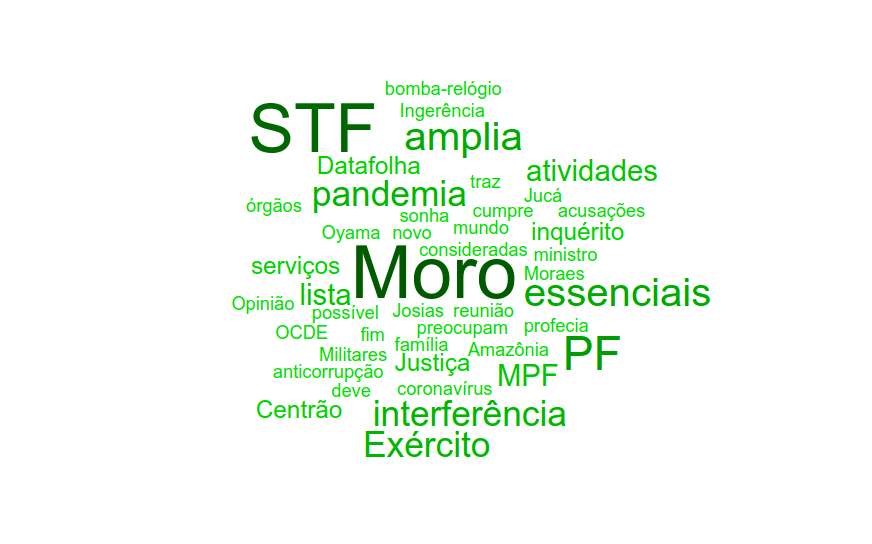 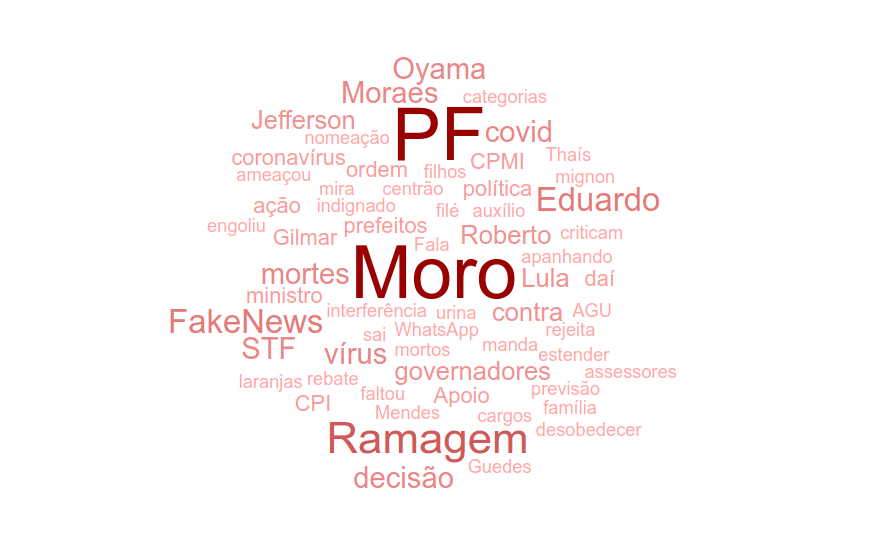 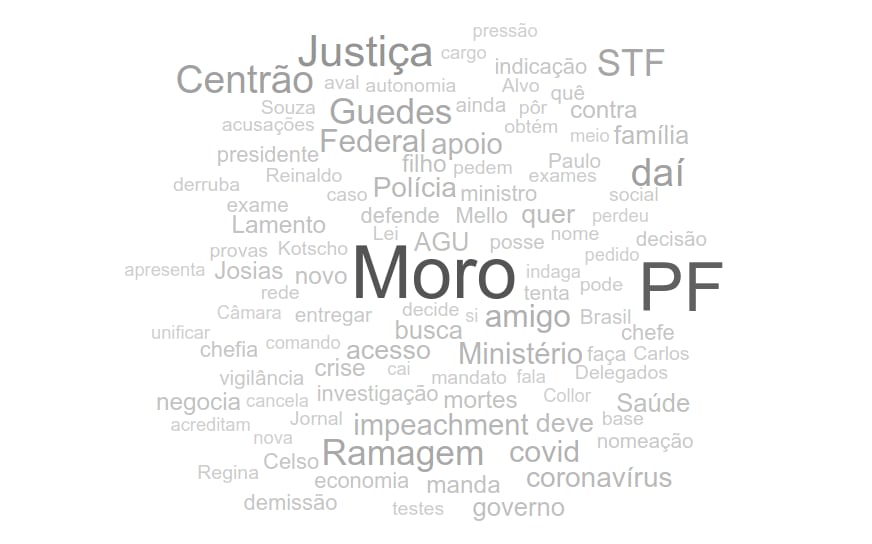 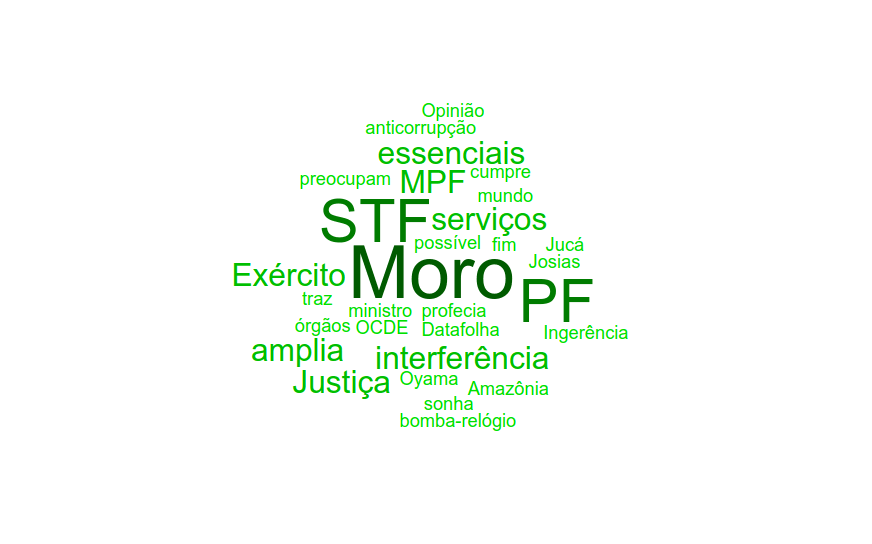 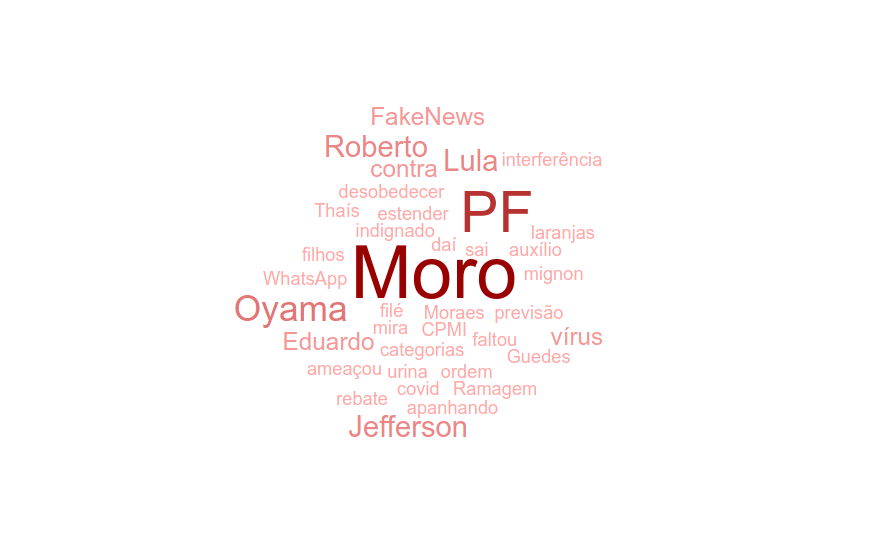 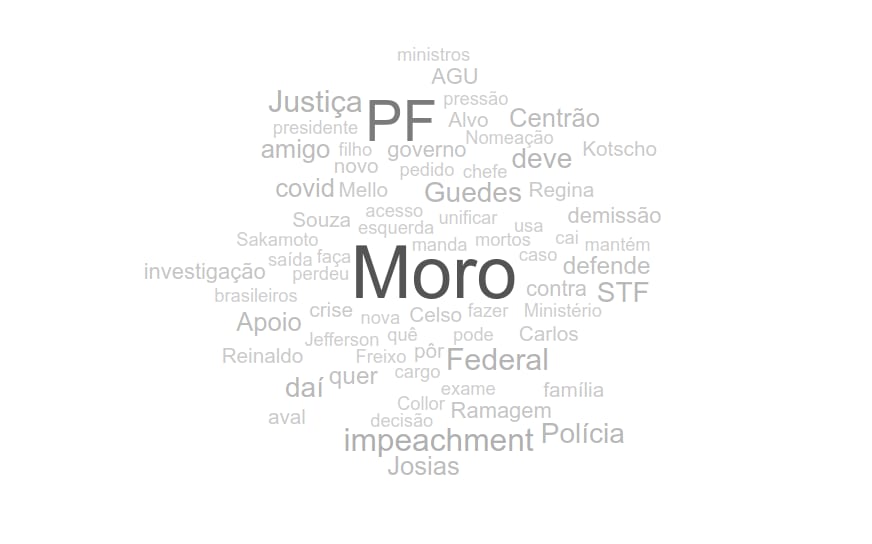 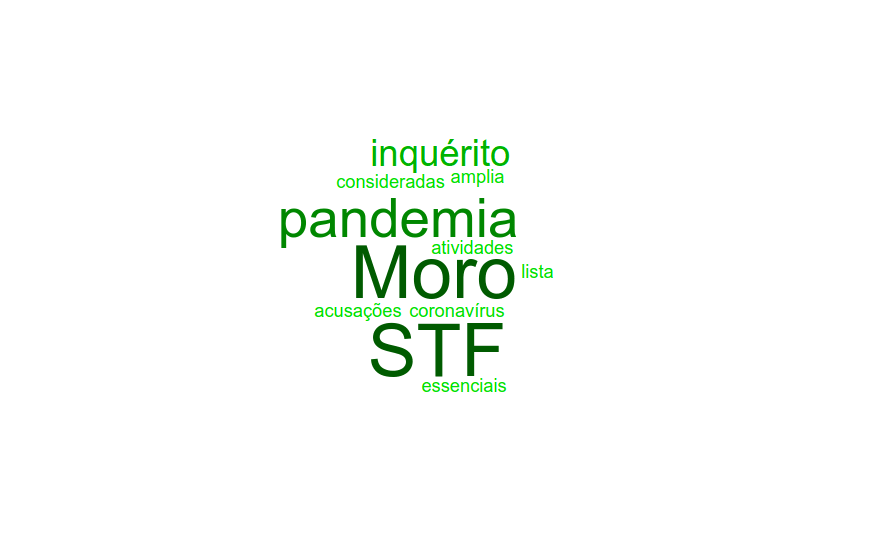 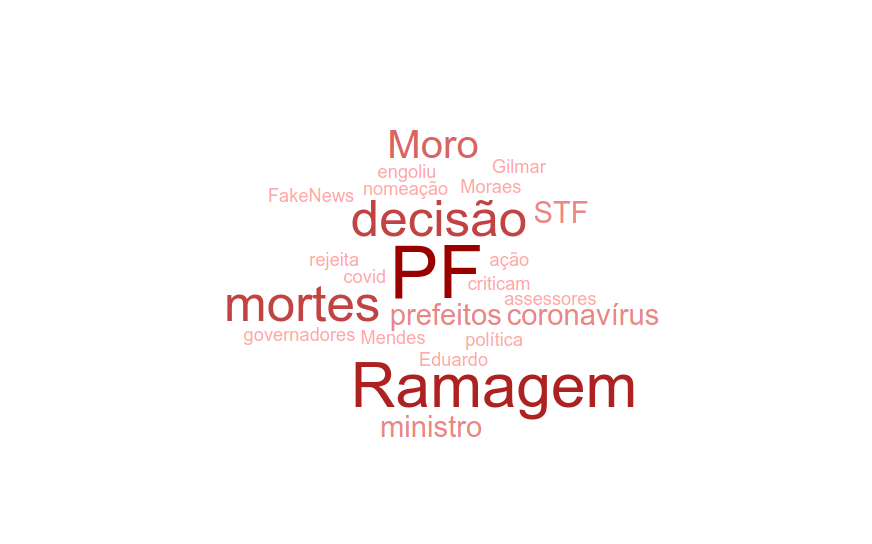 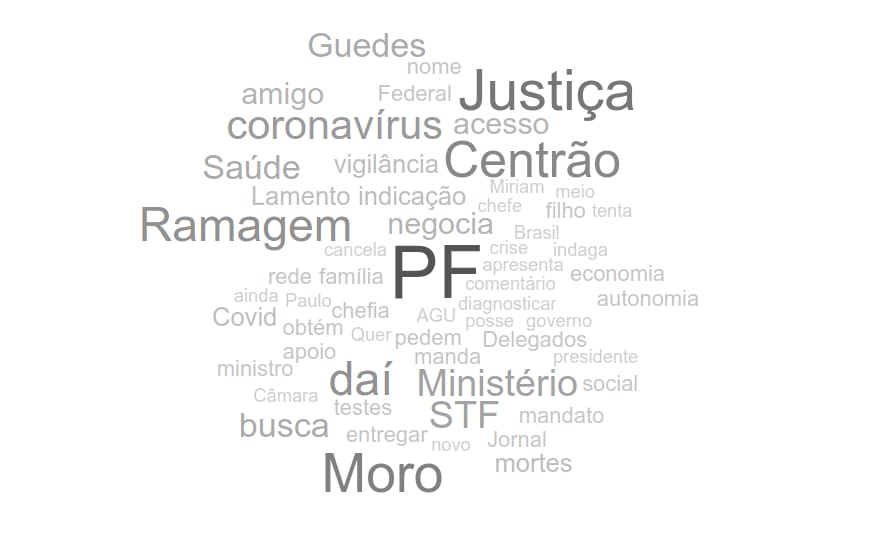 Now that we have an idea of what the word clouds look like for many conditions, let's take a look on some plots. The first one is a box plot of the sentiments grouped by website: 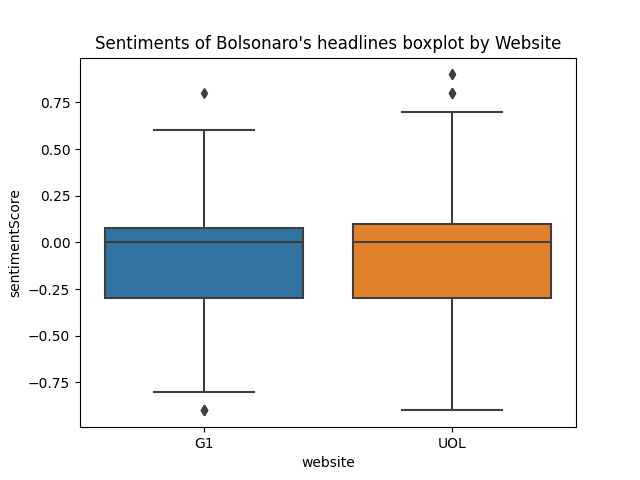 They look very similar: both are largely concentrated around the neutral area and both medians are pretty close - around 0 a little shifted to negative sentiments, but they are not exactly the same. UOL's box plot's minimum and maximum tails are longer then the ones from G1. Let's take a closer look. 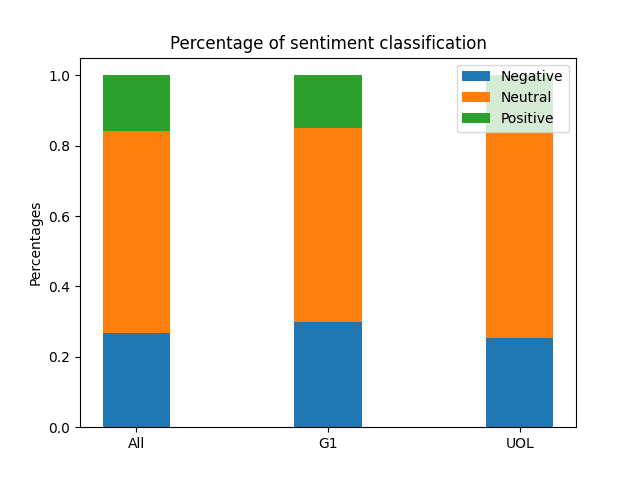 The histogram with all the sentiments for the "Bolsonaro" keyword is the following: 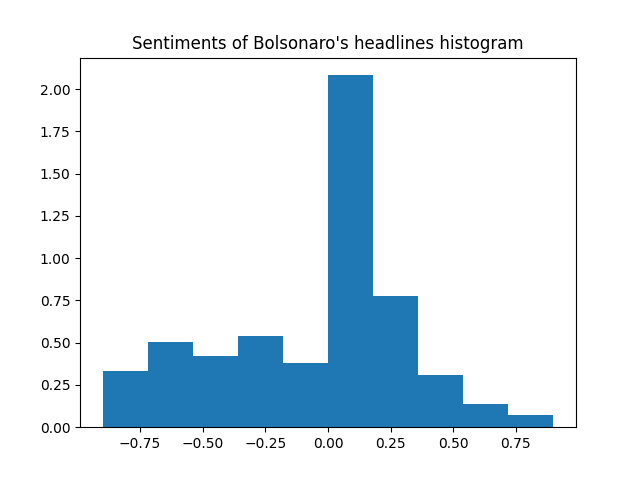 In the histogram we can confirm what we saw before: we have more negative than positive sentiments, but neutral sentiments are way more common. 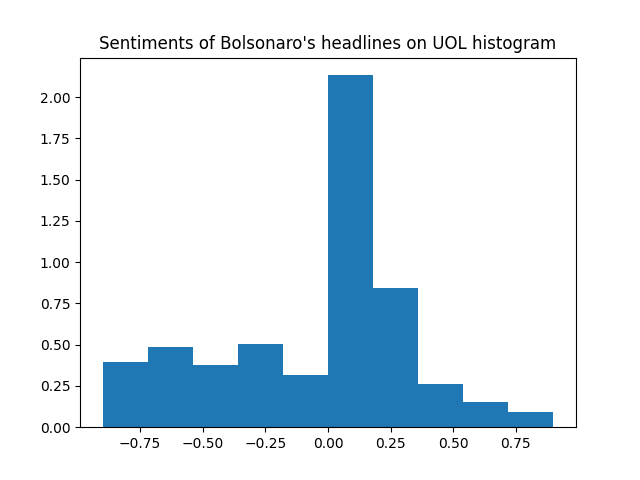 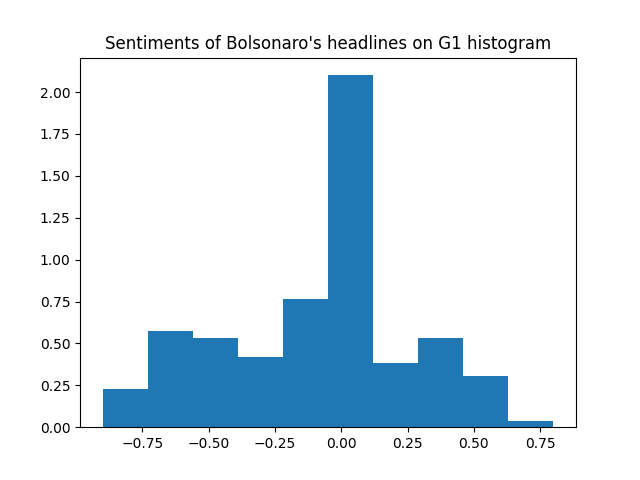 And the two previous histograms combined in the same plot: 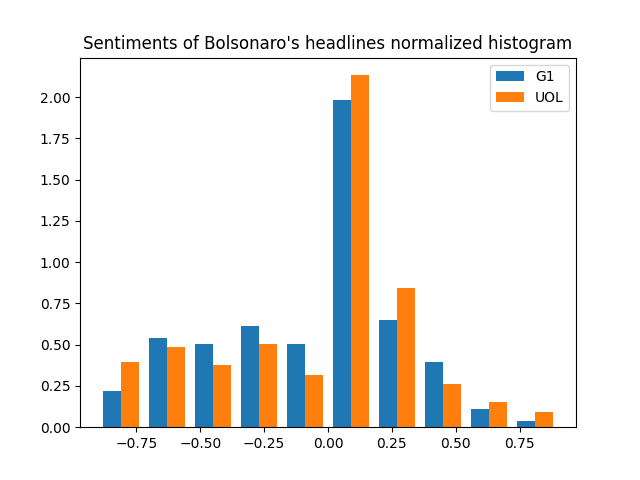 It looks like while G1 has proportionally more negative sentiments than UOL (like we saw on the percentages before), UOL tends to be a little more "extremist", with more very negative and very positive sentiment headlines.

Now let's break the histograms even more: by positive and negative sentiments for each website. 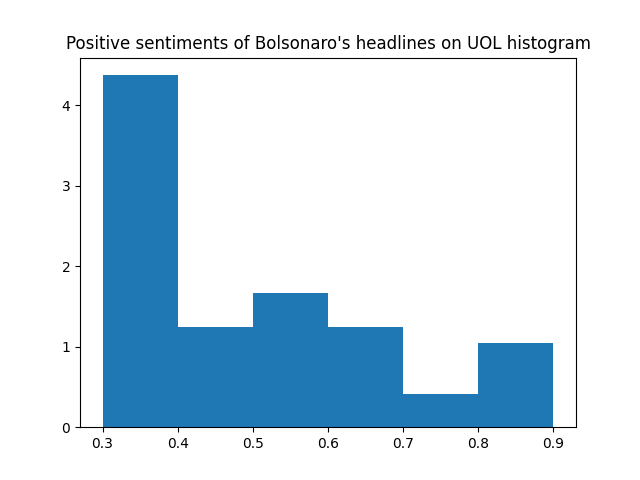 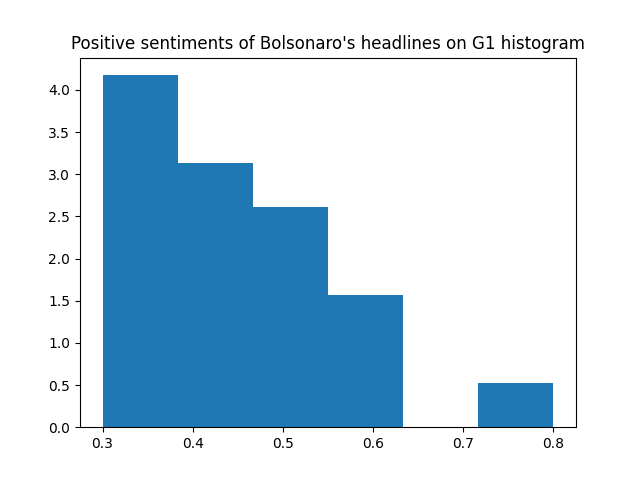 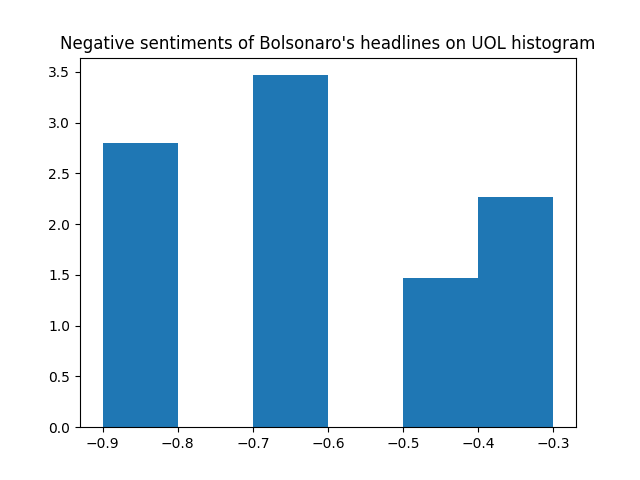 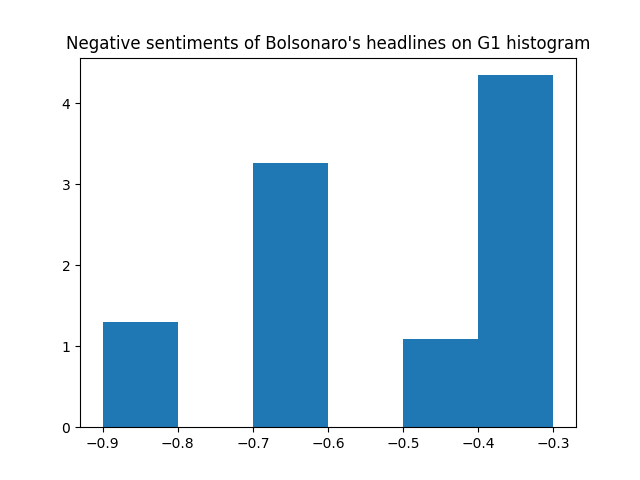 While it was a lot fun to work on this project and having learned new stuff, I have to point out some of the flaws here:

Both agencies have similar results - not exactly the same, but very similar.

Recently I added a new news agency (R7) and will try to update the data and analysis once I have more relevant data - maybe with new news agencies and new keywords.

Software engineer. I really love what I do for a living. Developing stuff is part of my life for almost 10 years.

What is slicing in Python?

Convert any .pdf file 📚 into an audio 🔈 book with Python

Bruno Luvizotto
Software engineer. I really love what I do for a living. Developing stuff is part of my life for almost 10 years.
Creating my first Node.js app
#node #javascript #npm #beginners