It's obvious that DevOps is a buzzword these days. If you are somehow connected with software development, the DevOps culture could possibly jump right on your face from your fridge. You haven't heard it? I don't believe you, but if that's the case - no worries, you will. Sooner or later.

The Definition of DevOps

I could possibly write a book trying to describe everything that one should know about DevOps, how cool it is, and why everyone should shout out DevOps slogans with the same frequency as some Agile mantras. Yeah, most probably it wouldn't be a bestseller, so I won't. Instead, I would present a short, yet meaningful definition from AWS:

DevOps is the combination of cultural philosophies, practices, and tools that increases an organization’s ability to deliver applications and services at high velocity: evolving and improving products at a faster pace than organizations using traditional software development and infrastructure management processes.

How does it sound? Simple yet descriptive, right? Sure, but what does it really mean for a software development team that would like to boost up velocity, and go one step ahead on the delivery quality path? I have my own perspective on DevOps, which grew while working with different teams, in different environments, on a wide spectrum of projects.

DevOps culture is about getting out of comfort zone, cross-team collaboration and putting impact on a feedback loop, all that with the help of modern DevOps toolset.

And that’s what this story is really about. 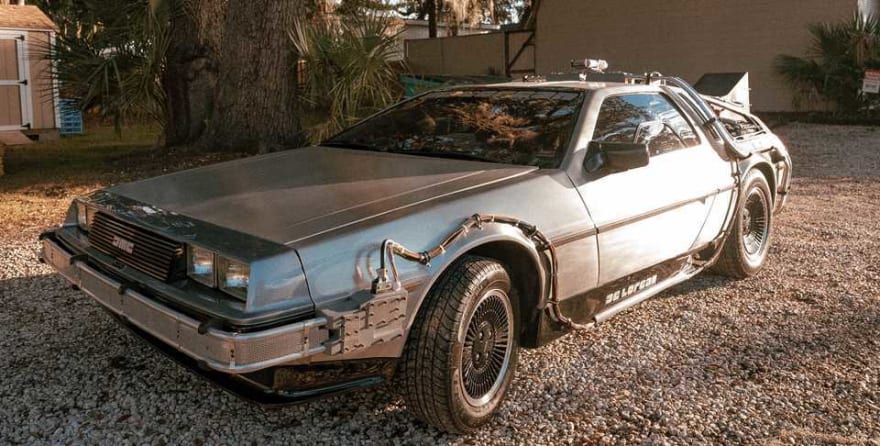 Now, let's pay a visit to Dr Emmett Lathrop Brown, and make use of that fancy DeLorean DMC-12 to jump into the past for a second. Someone is waving at us! That's a younger version of me. Meet Michał, the SysOps. He is working in a big corporation with bare metal servers and some virtualisation in place. Oh, and he has keys to data center! And a winter wool hat for hours spent there with all the fans and air conditioning on.

Back then my main problem was to automate repetitive work on the copious numbers of virtual machines and bare metals hosting business applications on some enterprise Linux distributions or other Unix family systems like IBM AIX. It was relatively easy, sometimes challenging, but mainly easy with some edge cases to be covered with custom scripts and dirty hacks that should never go live to production. I had some useful background for that job:

So automation, scripting, Perl, Bash, Sed, Awk, Python, Linux, Unix. Let's add Ansible/Chef to the stack, some monitoring (Nagios, Sensu), VCS and finally Docker with Docker Swarm. Not to forget about load balancing with Nginx and HAProxy. That was me as a SysOps back then.

Ok, we are jumping into DeLorean once again. Oh, Hi Marty! When did you join us?! Never mind. We travelled in time a few years forward. Here he is, Michał with his shiny Apple Macbook working from home. Yes, from home. Why, you ask? That's because now he works in the cloud. Now Michał is a DevOps Engineer, serving as a catalyst to software development. How cool is that, huh? 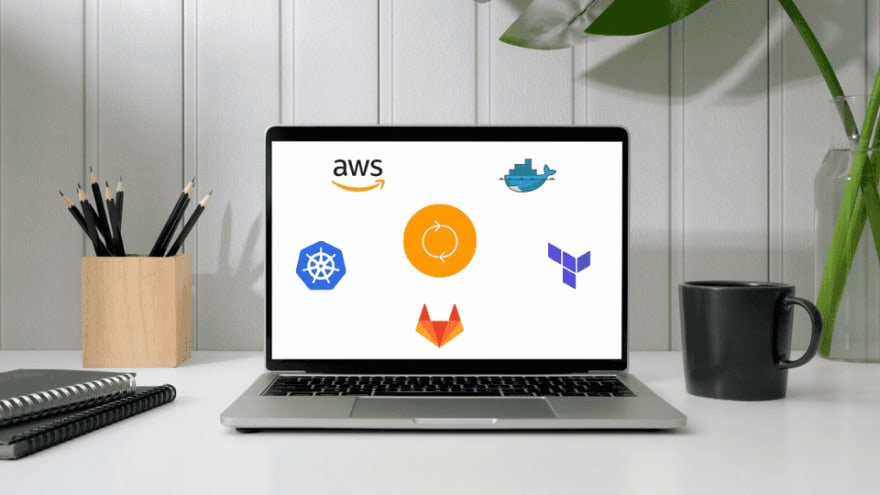 So again, what changed?

Can you see what I'm trying to say here? Let's move back to the DevOps definition. Clearly, there are some new shiny DevOps tools in game, and for sure they serve software development and help to deliver apps with a higher velocity at a better scale. But it doesn't really sound like we are aligned with the whole DevOps story. What definitely is different is that now I work as a DevOps Engineer climbing the DevOps career path and raising seniority level.

How could I describe my daily work in a few words? I was working for developers (not with them), building infrastructure and CI/CD pipelines with a modern DevOps toolset, reacting to tickets with the use of knowledge that was sealed in the DevOps team. It was neither of my interest to wear developers shoes nor developers will to understand what my team does and how does the infrastructure hosting software they write works. Not to mention any form of contribution both ways.

Also, confronting this with the DevOps definition it's the most common DevOps antipattern among the IT world.

DevOps Engineer revisited. A short novel about getting out of my comfort zone.

Last journey. DMC-12, can you please move us to the more or less present time? Thank you, but where is Marty? Most probably he's got some business in the future.

Where are we now? We are in Bright Inventions. Hurray, I've managed to pass the recruitment process with Ula examining my attitude and team fit and somehow got through difficult yet right on the nose questions asked by Piotr. I'm pretty happy that I could finally be able to mostly focus on one product and get rid of context switching I used to deal with previously.

Actually, I'm satisfied with the fact that I'll vendor lock myself a bit with AWS, mainly because this is my field of expertise and I have the most experience with AWS services. After short onboarding, I should be ready to work. This environment is familiar to me, and also the toolset, right? Indeed, mostly. One simple thing, that is so much different in the bigger picture - AWS CDK. So what is the CDK? According to AWS, it's is an open-source software development framework to define your cloud application resources using familiar programming languages. Pretty neat right? At first sight, it seems like a substitute to Terraform.

Now a very important piece of information that seems to be a clue to the whole story.

Why is this important, you may ask. Well, as I mentioned the team was already using everything I was familiar with. The software is living in the cloud, and the development lifecycle needs a good velocity. So how actually the team did manage to go that far without a DevOps engineer? Well, besides having some really bright minds on board, truly open minds, they did something that was the most comfortable and well known to them. They made use of TypeScript to spawn the whole infrastructure with the help of AWS CDK. Having documentation in place for all the CDK constructs, and being able to work with a programming language they are familiar with it was possible for them to do what they needed in the AWS cloud.

I mentioned getting out of my comfort zone. Firstly it was for sure not easy for the developers to work with AWS. It's a wide, complicated ecosystem with different gotchas in many places. It requires rather a wide domain knowledge to do things both right and secure. Not to forget about being cost-effective. But CDK helped with that a bit being kind of a proxy to AWS services with TypeScript constructs in place. Documentation covering all the parameters and methods is a well-known ground for developers using them.

Secondly, me and CDK. That was something that bothered me for some time. It's just a tool doing the same thing differently, they say. However, there was something unusual for me in the path Bright Inventions took here. It took a few weeks for me to get to know CDK, its interactions with underlying CloudFormation, and to learn something new - TypeScript. It was refreshing, but definitely out of my cosy status quo I grew using Terraform. While I was familiar with some programming languages, not being a part of software development per se, resulted in the necessity to learn good practices and how to do things just right.

All in all, fun things happened here at Bright Inventions:

Of course, it doesn't mean that DevOps engineers can be switched for developers. Making the most of AWS requires some domain knowledge about service dependencies, networking, security and how do they scale up and scale out. It means that it's much easier to understand the infrastructure and its current state with tools like CDK and its documentation.

Most importantly, something I saw in Bright Inventions with a naked eye is that instead of raising a ticket to DevOps e.g. adding S3 bucket, SQS, or Lambda function, waiting a week for closing it, developers do these contributions to the infrastructure themselves with pull requests and review requests from DevOps Engineer or anyone familiar with a particular subject. 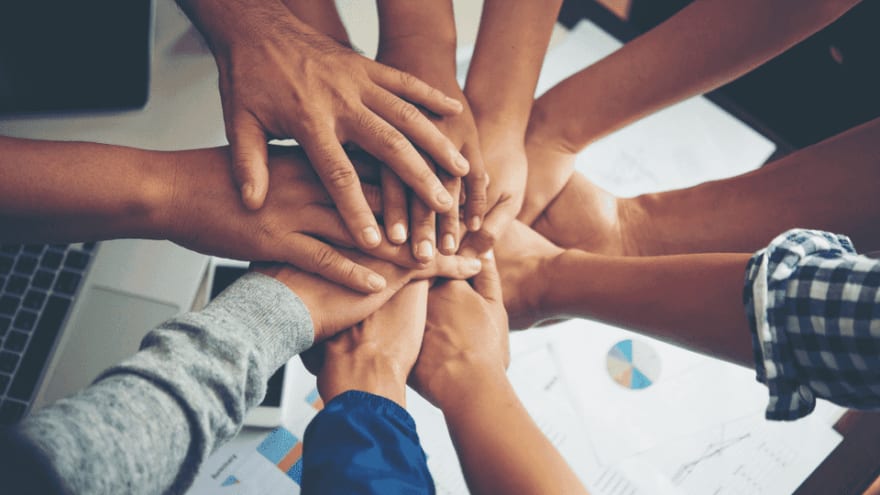 Remember my definition of DevOps? That's the story of how I came to that. DevOps mindset is all about collaboration and feedback loop. Thanks to tools like AWS CDK one can both introduce so important dev empowerment and move the quality of work done by SysOps/DevOps/Infrastructure engineers to a whole new level. As an effect, we destroy the silos, which slows down the development process so much.

Obviously, it's a good moment to pinpoint some disadvantages of CDK. It's a tool written by AWS for AWS, hence we get another vendor lock-in here. It's great for its own ecosystem, however not ideal. There are some major drawbacks of using CloudFormation which I'm aware of. But it's not my intention to praise this particular tool but to draw attention to the philosophy CDK follows.

Luckily, there are various tools on the market that try to solve problems mentioned above with a different level of maturity, like Pulumi or cdktf, that allows you to use familiar programming languages and CDK constructs to define cloud infrastructure and provision it through HashiCorp Terraform. That one is a brilliant solution that connects the advantages of CDK and the great power of Terraform and its huge base of providers, along with a friendly community.

I sincerely encourage all software development teams and DevOps teams, that live in antipatterns I used to live in, to look into this attitude and try to implement it even experimentally. Adapting to the new working culture takes some time and effort on every side of the equation, but the effect can be surprisingly satisfying for everyone.

How to delete remote commits in git?