As developers, we spend the majority of our day in front of a computer screen writing code.

Eye fatigue (also known as Asthenopia) can be a serious issue and spending hours on end in the default VSCode setup can be tempting. While the out-of-the-box VSCode setup isn't bad by any means, your eyes may thank you if you invest a bit of your time configuring your setup (not just the font, but the theme, too).

If you want to know what theme, font and extensions I use in VSCode, check out this article I wrote about it here!

In this article, I'm going to share the best fonts you can use specifically for coding. While subjective, I've comprised the list of free and paid fonts that make legibility a high priority (bonus points for the font looking beautiful as well).

MonoLisa features a few unique techniques that increase the legibility and make it visually pleasant to look at for longer periods of time.

This is my personal favorite font to use for programming. I found this font in early 2020 and used it on CodePen for a while before purchasing a license so I could use it locally in VSCode and also on my personal website.

Is it pricey? Yes. But I believe the subtle differences in this typeface makes the viewing experience substantially better. 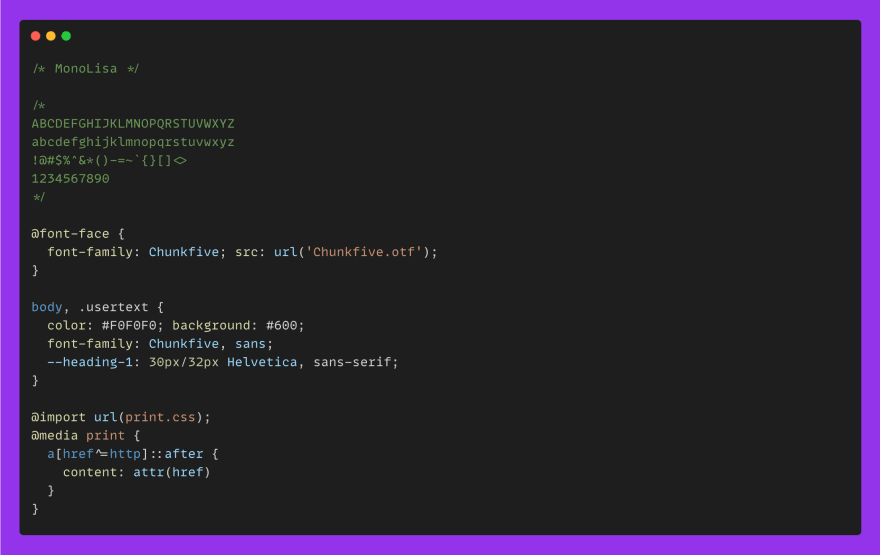 2: JetBrains Mono - a typeface for developers

JetBrains has a whole suite of code editors for developers and they also have their own monospace font. JetBrains Mono stands out from a lot of other typefaces due to its increased height and code-specific ligatures.

Before I bought MonoLisa, I was using JetBrains Mono. It's simple and beautiful. And free! 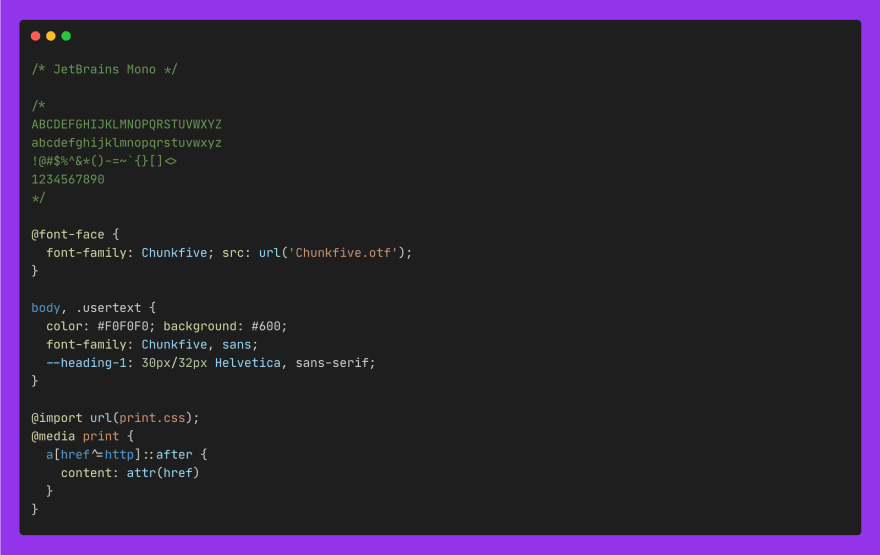 A classic that many developers are sure to love, Fira Coda is a free typeface from Nikita Prokopov.

Fira Code is ASCII-compatible and comes with many ligatures making the code easier to read. 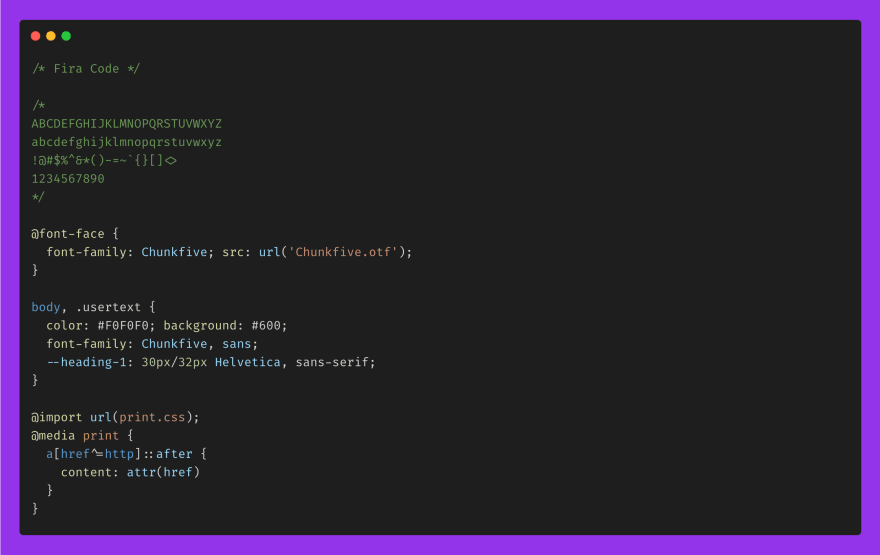 Source Code Pro is an open source typeface that was released by Adobe in 2012 and has over 17k stars on GitHub.

It became extremely popular in the developer community and can be downloaded for free! 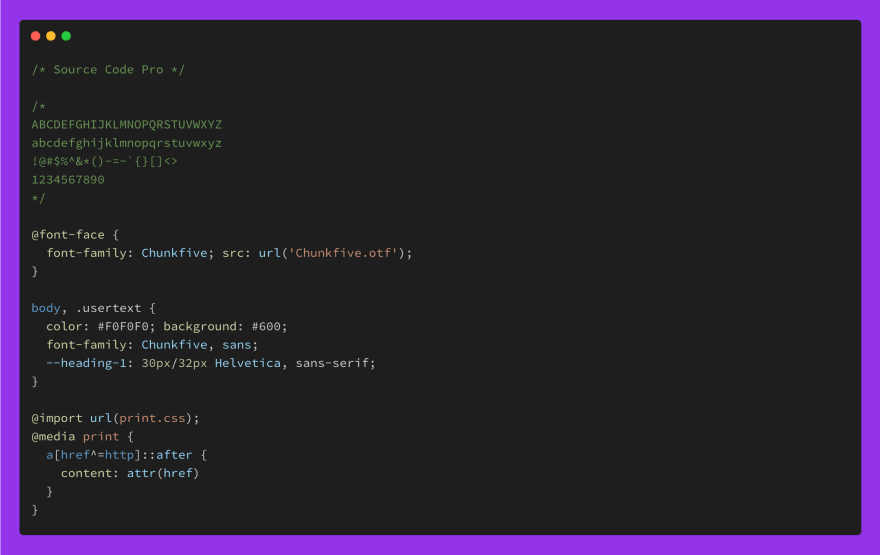 Droid Sans Mono is a typeface released by Steve Matteson for the Android ecosystem.

A lot of developers love this font, but distinguishing between O and 0 becomes difficult because the typeface doesn't not have a slashed zero or dotted zero.

Thankfully, GitHub user AlbertoDorado altered the font and released a version with dotted and slashed zeros. 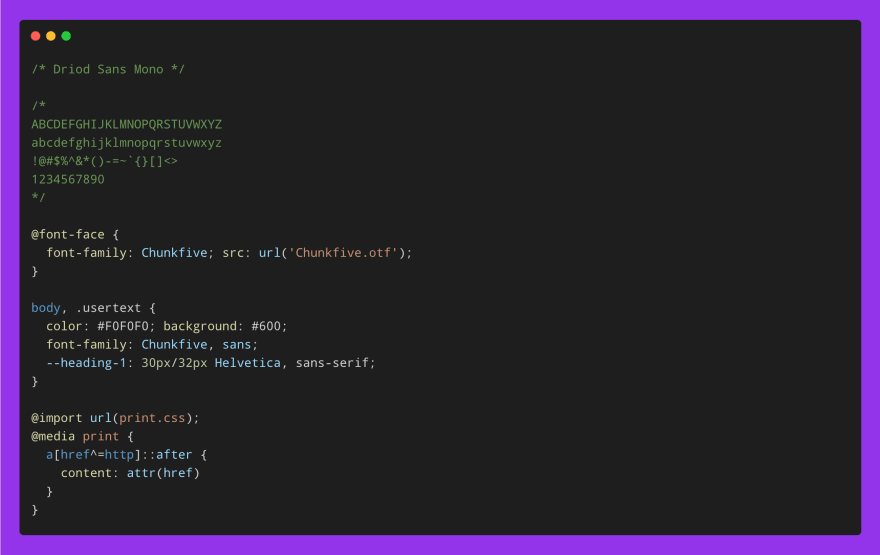 Monoid is another popular monospace typeface that developers love.

Its large apertures and short ascenders & descenders make this font stand out from the rest.

Monoid also supports ligatures and includes a cool little feature where you can see Font Awesome icons directly in your code. 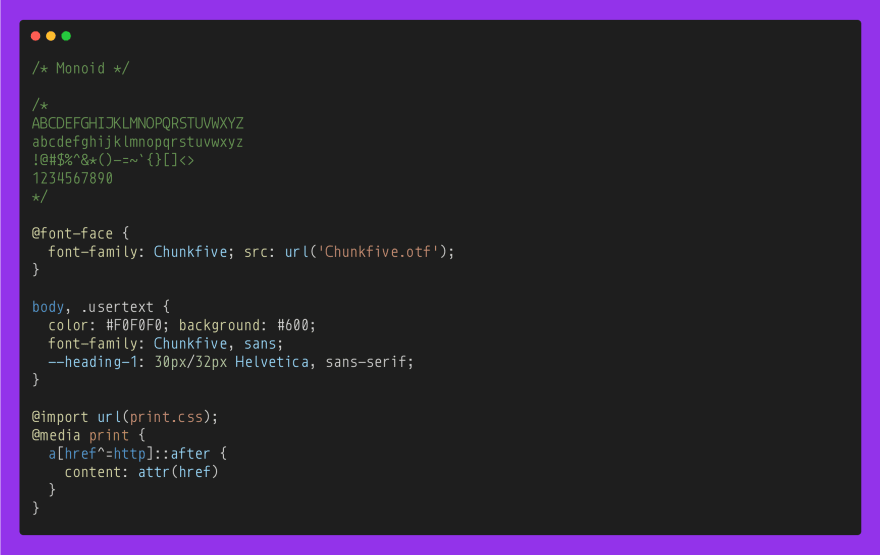 Putting so much thought into what font you use in your code editor may seem like overkill. The differences of each typeface may seem small, but as a whole, each font is unique and provides different benefits.

I'm a huge fan of MonoLisa and use it exclusively. What font do you use in your editor? Hit me up on Twitter and let me know!