There are many security systems in the market, but a DIY system can cut down the cost to about 30€. In this post I will talk about the implementation of my own alarm system that I've uploaded to GitHub.

This is a diagram of the connections I explained above: 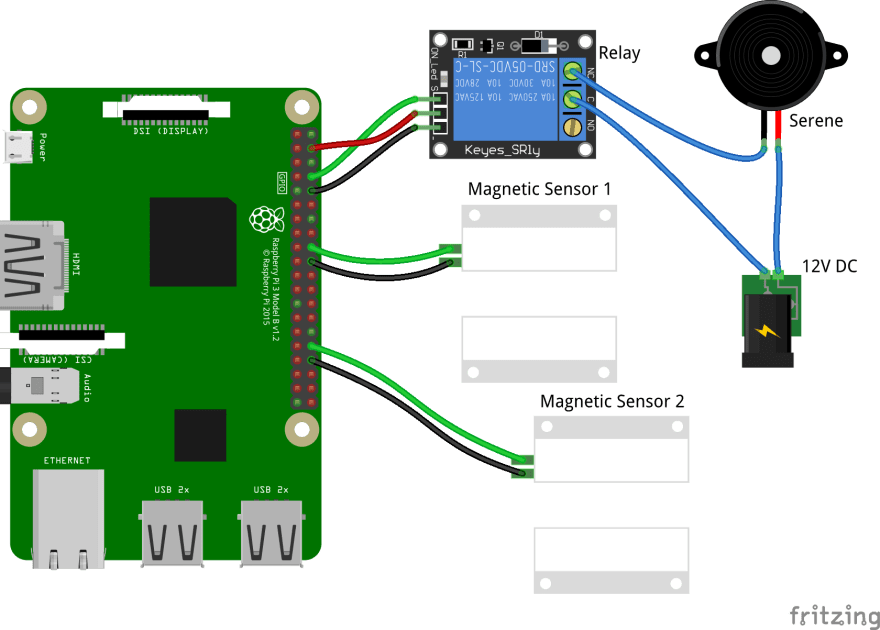 The installation is a simple process that downloads the required files from the latest commit on GitHub. It can also be used to update to the latest release.
After it is done, you can navigate to the Web Interface to add sensors and change settings accordingly.

Although the Dupont installation on the wire is a bit intimidating, it can be really easy once you get the hang of it. In case the wiring doesn't exist, I would recommend to call someone else to do this step for you or buy some Zigbee sensors and use the zigbee2mqtt to integrate them through MQTT sensors on AlarmPI.

Check out my GitHub repository here and support my work:

AlarmPI is a home security system based on Raspberry PI. It supports wired sensors (PIR, Magnetic etc.) and wireless through MQTT or Hikvision. It is controlled with a Web UI, a Android Application, or through HTTP & MQTT messages. When the alarm detects movement, it supports the following events:

It is written in python and supports both python 2.7 & python 3.6. There is also the option of having more than one user by editing the server.json file accordingly.

With this command on your terminal you can install and update the application with my latest commit.

The Web Interface of the alarm has all the features that are needed to configure and use the home security. It supports real time events of the sensors, the logs and…

Build your audiobook from any PDF with Python

How to structure your code in django