I always use to talk about react and redux in the same breath and thought redux does not exist without react. This was a big misconception that was cleared by responses to my tweet : 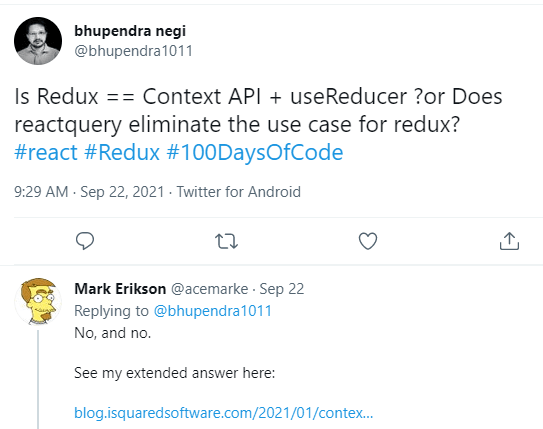 .
In this post I will share how to learn redux in isolation and that will answer the question is Redux relevant today ?

Redux is predictable state container for JS Apps as per official docs, let's break down this definition :

Let's see how complex state management can be without Redux

Components manage their State internally, but when there is a need of communication of state between different components then we need to lift the state up to common ancestor component and then drill it down to the component which needs it.
In above ex: name state (+ setter method) is managed by Component C , then D requires it , we lift to A , but suppose Component F requires it then we need to move to App Component and then pass it down to Component F. This state management becomes messy and complex as the App grows.

You might think this is classical example of Props Drilling and can be solved by Context, then here is a great article on it.

Now lets figure out how Redux can simply above state management process :

Redux maintains a centralized store which holds state of app, each component which have subscribed the store , receive the updated state. We will look into the complete flow of Redux in next section.

All of us, would have visited a Bank at least once in our life for depositing / withdrawal/ etc... We don't go to bank's vault directly but ask to the cashier, where the bank staff handles operation for us. We give deposit/withdraw request by filling a slip and giving it cashier. Let's think this scenario in terms of Redux : 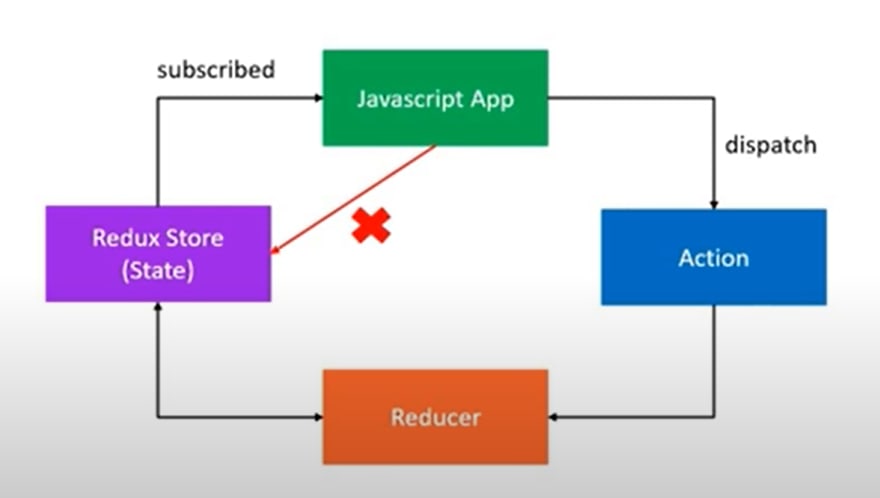 Here is how we can implement above concepts in the banking scenario example :
Action

Going back to the Bank analogy, our bank is expanding and opening current accounts for businesses. It would be difficult to manage retail and business customers from single window as both types of customers have different types of need. So to manage all customers efficiently , bank opens a new window called 'Current Accounts' ( a new Reducer in Redux terms)

Now we have to combine the two reducers to create the store (as it can be only one for entire application).In Bank's analogy this can be kind of token vending machine which gives the customer a token for saving / current account facilities.

Whenever an action is dispatched, it goes to both the reducers but only one acts on it , other one ignores.

Middleware
It is the how we can extend Redux with custom functionality. It gives us a point to hook our functionality after action is dispatched and before it reaches the reducer.
One of commonly used middleware is redux logger

👇 Here is how we get the state transition in Redux 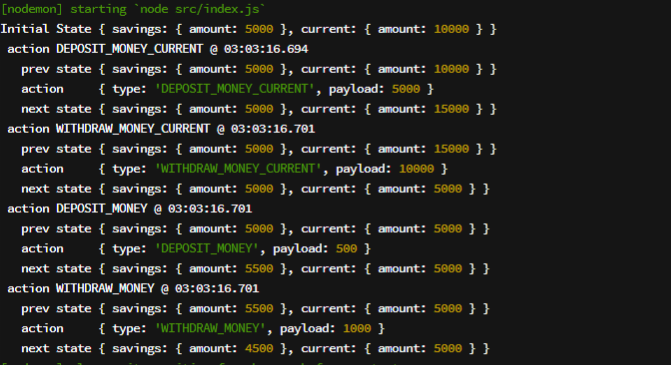 Up till now we have seen synchronous actions ~ as soon as action is dispatched , reducers update the state immediately but in a real world scenario we have to make async API calls to fetch data from endpoint.

Let's see how to fetch data from API and store in a Redux store.

Firstly let's figure out the initial State of Application

Since dispatch method needs to be called asynchronously so we would need a middleware called 'redux-thunk' which will handle the function returned from our action creator.

👇 CodeSandbox to practice above concepts :

In order to understand how to use Redux with React , you can read this post

To improve your technical skills, become a concept collector!