When it comes to React, the commonly used hooks which are useState, useEffect and useReducer, are easy to understand as well as explain.

In this blog we'll take a look at two other mysterious hooks and overcome the challenge of understanding them!

useRef is short for reference and is a hook which allows persisting data across renders, but does so without causing the component itself to rerender. It is used by invoking useRef function and passing an initial value to it. First let's look at the syntax and how to use the hook.

This returns an object which has a key called current, initialized with this initial value.

A very common use case for using useRef is for when, suppose you click on a button, and then on its click you want an input to come into focus. To do this, we would need to access the DOM element of input and then call its function focus() to focus the input. This is easy to do in JavaScript by just selecting the input using querySelector or by id/class and then calling its focus() function, but React does not have a simple way built in to do it.
So this can be achieved using useRef.

Currently this means that the inputToFocus would look like this:-

Every element has the ref property to access it in this way. Now let's try to understand what it means to want the previous value to be preserved across renders.

Every functional component in React is re rendered whenever state values change. It is a JS function whose entire code is run every time a component renders. Suppose we want to persist data across these renders, the very obvious way is to use useState.

Now ideally you might expect that the prevValue keeps updating along with the ctr. But this does not happen. But the actual output is as follows:-

This is because React says, hey! anything you write as a local variable inside my functions will be lost forever on rendering! It is not my responsibility to keep track of the local variables!
So whenever the ctr is increased, all local variables are reset. Now to persist these local variable values without using useState (and thus causing unnecessary re-renders), we can use useRef, as follows:

The output looks as follows now, it works! 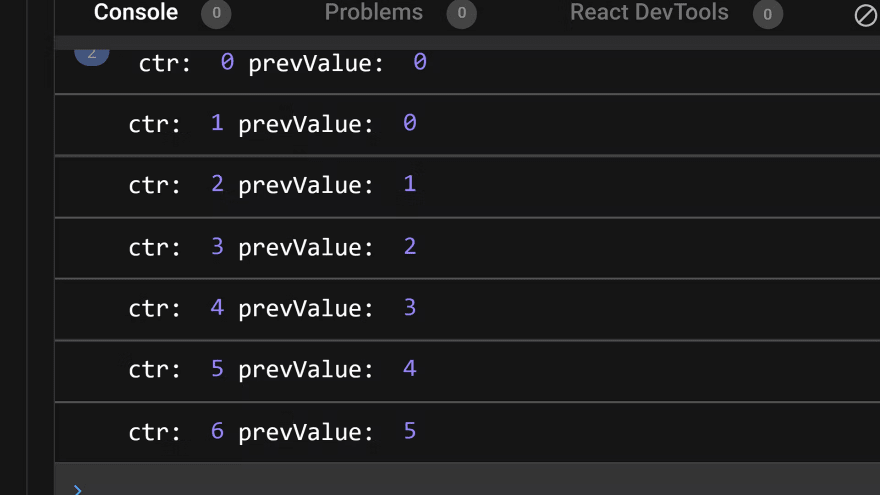 There are many use cases for useRef in React which allows us to avoid unnecessary renders, and allows access to input functions such as focus and blur. These were simple examples of the same, hope it was clear!

Suppose we have a function

Where to use useMemo

Let's take an example. Suppose we have a static Welcome Card to be displayed inside an application. The app also contains other states, for example a counter. Since the Welcome Card is a child of the main parent App, any state changes inside App will cause the static card to be re-rendered everytime the counter is increased.

This is the output 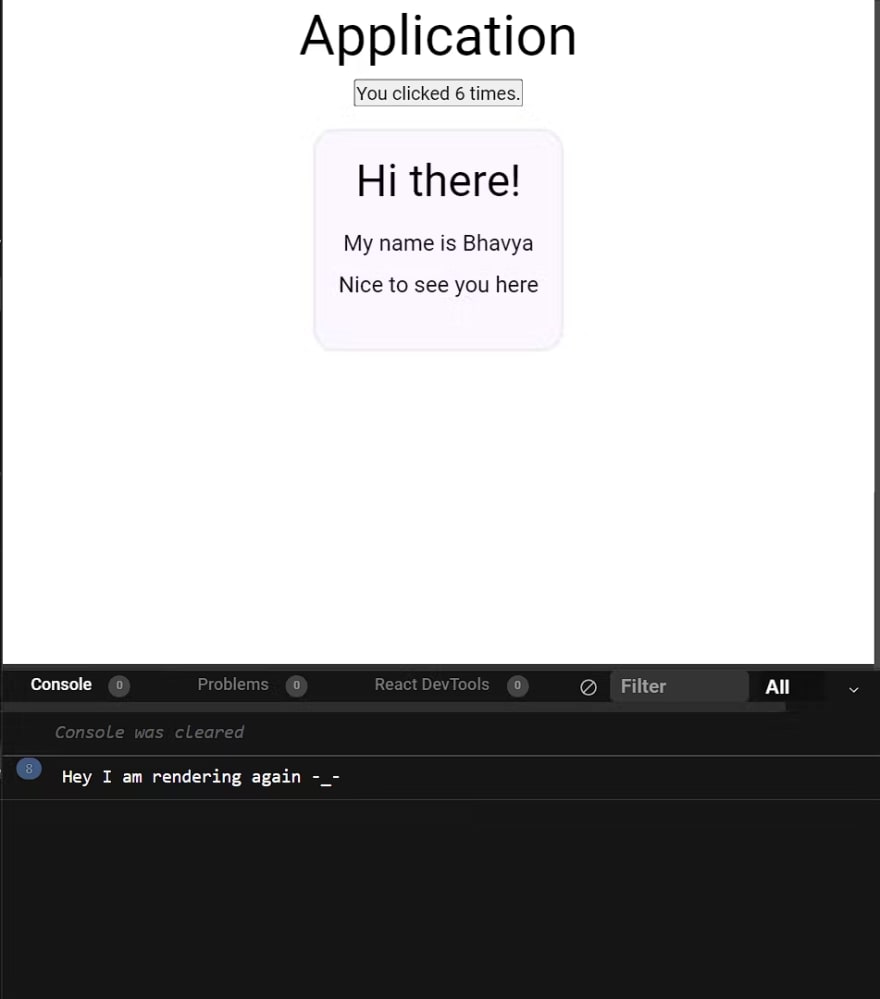 As we can see, the WelcomeCard is rendered again everytime we click on the counter, in fact it is rendered more times than the counter. This is happening even though there is nothing that is dynamic inside the card itself, thus the re-rendering is a waste. Now imagine a website with lots of static data components, which re-render everytime states or states of parents change. To avoid this we can use useMemo as follows:- 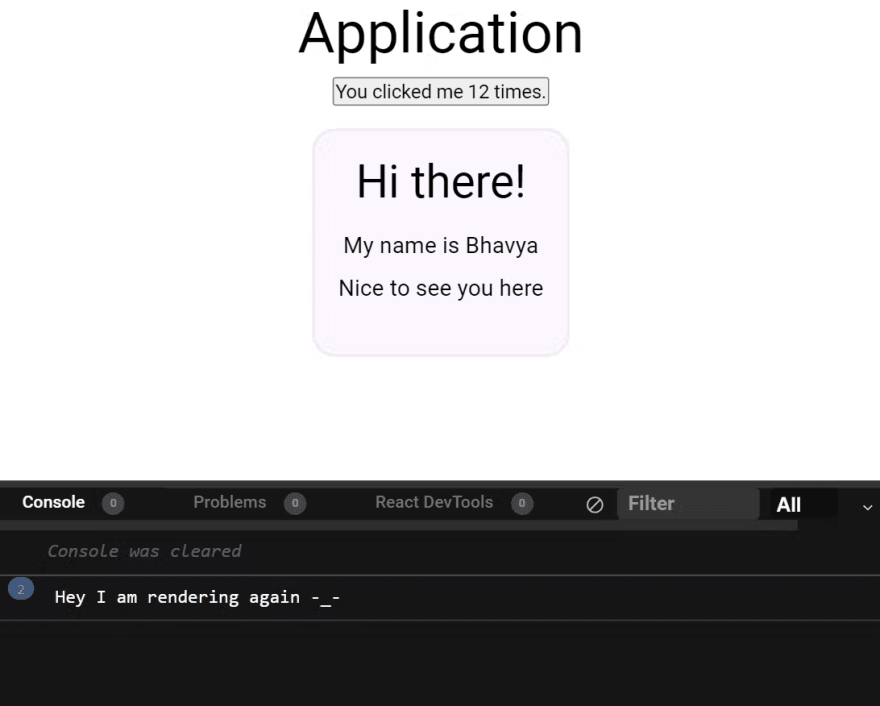 This ensures that the memoized card is only rendered at the initial page loading time, and doesn't re-render everytime the counter is clicked, no matter how high the value.

Yay! You have learned how to memoize your React code.

That's all I have on this topic. Do let me know your thoughts and feedback below. Hope you learned something new through this!
Feel free to reach out to me on Twitter or Linkedin. I am currently actively looking for job opportunities in Frontend Dev!

Bhavya Joshi
Hi, I'm Bhavya! I'm here to document my journey as a beginner in Web Development and regain my lost love for coding :)
Your Complete Guide to CSS Specificity
#webdev #css #programming #computerscience
Var vs Let vs Const in JavaScript - What should you be using?
#javascript #webdev #programming #beginners

Once suspended, bhavzlearn will not be able to comment or publish posts until their suspension is removed.

Once unsuspended, bhavzlearn will be able to comment and publish posts again.

Once unpublished, all posts by bhavzlearn will become hidden and only accessible to themselves.

If bhavzlearn is not suspended, they can still re-publish their posts from their dashboard.

Once unpublished, this post will become invisible to the public and only accessible to Bhavya Joshi.

Thanks for keeping DEV Community safe. Here is what you can do to flag bhavzlearn:

Unflagging bhavzlearn will restore default visibility to their posts.