Any developer will have a burning question when starting a new project in web app development: Which framework is best for this project? We can't offer a definitive answer, but we would like to ask a different question: Vue or React. Which one should you choose for 2023?

Angular vs. Vue are the most common choices when choosing the JavaScript framework for an existing project. This article will compare vue vs react. 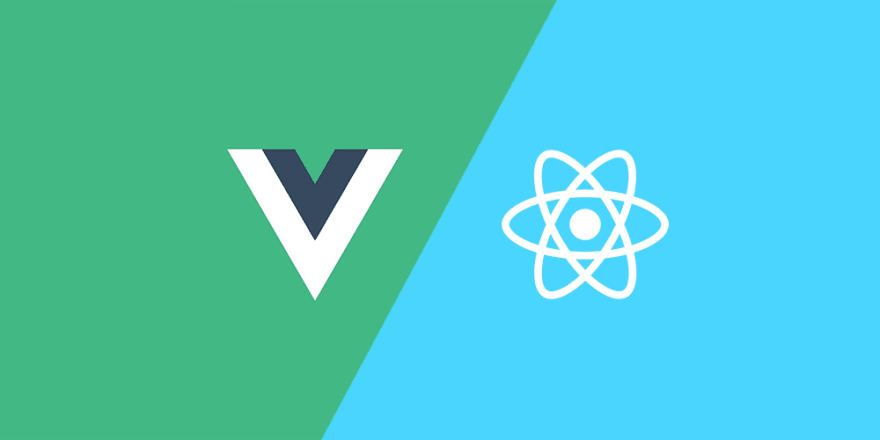 Vue was named by Evan You, its founder, as a "progressive platform." Its first public appearance was in 2014. This JavaScript framework was initially used only in China. It is now widely used and is one of the best for creating intuitive user interfaces and single-page applications (SPAs).

Vue supports two-way binding and uses a virtual DOM --a copy of the real DOM. The main reason people love this framework is the progressive design. It allows developers to migrate existing projects slowly. You can do this by moving each feature individually.

Although technically not a framework, React is a JavaScript library used in web development to create interactive elements for websites and UIs. React was created by Jordan Walke during his time at Facebook. It is also used to create SPAs as well as mobile apps.

The JS library allows for much more flexibility because it uses components and isolated pieces of code that can be used to create complex logic and UIs. To interact with HTML documents, it uses a virtual DOM, but js objects represent all elements.

Vue, as well as React, offer excellent performance. Each has its advantages. Vue has better startup and memory allocation times, while React is more efficient at running time.

However, there are instances when there is a marked difference in performance. Take this example:

Let's first look at the similarities between Vue and React before we get into the differences.

Virtual DOM is one of the most common features. Virtual DOM is an abstraction for the HTML DOM, where each HTML element is a JavaScript object. This allows for more declarative DOM manipulation and performance improvements.

Vue and React are lightweight components with component-based architecture that allow for lifecycle management. They perform very similarly, so there are not many differences to be discussed. Both technologies can be used with any web application, even one-page applications. The Gutenberg editor is an example of this. It was built using React and recently integrated into the WordPress ecosystem. Similar to GitLab, where the jQuery Codebase is slowly replaced by Vue.

Last but not least, Vue and React have large proactive communities with many libraries and tools.

You can use Vue or React to create a Single Page Application (SPA) that will display any content from your page. This requires Javascript. Google recently announced that they crawl but can now render paged wish JS pages and index them. Most SEO professionals agree that Google needs help indexing pages like this.

This issue can be solved by ensuring that Google does not require Javascript to render your content. For this, you can archive it by using Server-Side-Rendering (SSR). This is where you execute the js code on your server before you send the files to the user.

Which one is more efficient, Vue or React?

There is no definitive response to that question. To come as close to the truth as possible, it is important to accept that it is based on the developer's requirements. Each one of these choices is superior to the other in specific circumstances.

Let's look at some common situations in which the software you choose to use can have a significant impact:

Vue is better if:

React is better if:

If you are using Vue for your website, you must include features in your HTML layout. With its templates, Vue.js is superior in speed and ease of use.

React doesn't have templates; therefore, it is necessary to start DOM using JS. Utilizing templates inside React requires that you know advanced HTML.

Design something simple and effective

The majority of the time, Vue has a simpler style. It allows you to upload applications directly from your browser while the Vue library is easily integrated into the entire project. You can easily change the values of your app. The framework makes the appropriate modifications to the DOM.

In contrast, Vue can't track data editing and deletion compared to React. React analyzes past and current actions and adds pertinent details to the DOM. This is why you aren't able to alter any value directly using React.

Both frameworks operate on the same mechanisms. There's an opportunity for improvement in all areas. Vue is slightly more efficient and has a smaller size--25.6 kb.

React is twice the size--37.4 kb of DOM plus 11.4 Kb of the library. However, React has the advantage of having a wider selection of API choices.

React is usually a better choice for large apps because it's more customizable and flexible. Vue makes use of templates, which make the process faster and simpler. However, as complexity levels increase, the template's functionality does not provide any advantages. In most cases, React's code is reusable and easily restructured at any time.

Develop both mobiles as well as mobile apps

Concerning the development of mobile apps, There is no doubt: That react Native is the most popular cross-platform development. It lets you reuse almost all of your JavaScript code across Android and iOS using React-like components.

However, Vue has some options to use on mobile devices too. The first is NativeScript, where you can write applications within Vue and convert the apps into Native Android or iOS applications. There's also Vue Native. It came out in the year 2018. Therefore, it could be more well-known (yet). However, it's a framework for building native mobile apps on multiple platforms.

It takes work to make predictions, particularly since every one of these frameworks is perfect for various purposes. React comes with a few benefits for performance when compared with Vue.
It's important to acknowledge that the Vue framework is still relatively new in the market and may take time and effort before it can be brought up to the same level as React community.

Does React work better to use than Vue?

When it comes to tiny applications, Vue excels. As we've already mentioned, it's incredibly simple to use. Templates help to speed up the process and are easy to use. However, the scenario changes as your application expands. This is the point where React can help.

In the long term, React is more productive and user-friendly than Vue. One of the main reasons is that when it is paired with React Native, it gives users the ability to build mobile and web applications without having to put in a lot of effort.
In the end, the solution to this question may be summarized in the following way:

If you're comfortable in JavaScript (like that of the NodeJS group), React will be simpler and more efficient.
If you're not comfortable in JS (like people in the Laravel group), Vue might be an ideal choice, at least for people who are just beginning to learn.

Since Digital is an enterprise for software development which develops web-based applications as well as mobile applications, we make use of React. Here are a few examples of the applications that we have created from the Case Studies:

1. FeetUp
The application is designed to help yoga students master inversion techniques while sitting at their home. With vast yoga fitness, fitness and relaxation class databases, FeetUp(r) delivers an excellent user experience and high-quality content to all users.

We developed a mobile application that provides audio and video content to an enormous crowd while monitoring their behaviour. We also added a highly customizable upload area to upload content, moderate comments, and send notifications. Also, we have community features and an integrated store for the most enjoyable experience.

2. SEI-Healthcare
The web-based application features an in-real-time visualization dashboard to track user interactions across medical exam questions. These exams are timed and include a variety of questions. Students can choose different answers for each question.

We designed a user-centric visualization dashboard that is accessible via secure authentication. The app on the web is based on advanced algorithms that evaluate the collected data using pre-defined rules. It presents 3D representations of the outcomes, which can be filtered according to user roles and preferences.

1. FontAwesome
This website was created using Vue. FontAwesome is a fantastic source for developers. It has a wide range of logos, icons, styles and more. It is easily available and ready for you to download and utilize.

The site was designed with a user-friendly design in mind. You can see the minimal complexity and simplicity of use.

2. Habitica
It's a great productivity application that you can make use of to monitor the process of building habits. Its unique feature is that you can earn in-game rewards for each good habit you develop or achievement you have achieved. If you go off track with your plan, you are punished.

The mobile apps, including Android and iOS, are designed with Vue frameworks. Vue frameworks provide an innovative method of organizing your life.

Each framework has its advantages over other frameworks. For instance, Vue is smaller and more efficient. It is convenient because of its templates and simplified syntax. However, React offers more flexibility to create more complex, larger applications. It's also easier to test, more suitable for developing mobile apps, and allows access to more information should there be an issue.

So, the answer depends on the type of tool you want to create. The best way to pick the best tool for a specific issue is to try various alternatives. Try doing smaller tasks with each framework and choose the one that fits you most.

Once suspended, bhaviksadhu will not be able to comment or publish posts until their suspension is removed.

Once unsuspended, bhaviksadhu will be able to comment and publish posts again.

Once unpublished, all posts by bhaviksadhu will become hidden and only accessible to themselves.

If bhaviksadhu is not suspended, they can still re-publish their posts from their dashboard.

Once unpublished, this post will become invisible to the public and only accessible to Bhavik Sadhu.

Thanks for keeping DEV Community 👩‍💻👨‍💻 safe. Here is what you can do to flag bhaviksadhu:

Unflagging bhaviksadhu will restore default visibility to their posts.