As we know Node JS is single-threaded. Usually, most of the processors we use are having multiple threads and multiple cores. So to take advantage of these multi-threaded/multi-core processors, we'll use the cluster module.

According to Node JS docs

A single instance of Node.js runs in a single thread. To take advantage of multi-core systems, the user will sometimes want to launch a cluster of Node.js processes to handle the load. The cluster module allows easy creation of child processes that all share server ports.

In a nutshell with the help of cluster module, we can spin up multiple instances of a Node JS process which are called worker processes to handle the incoming requests.

As an example let's create a simple express app which calculates Fibonacci number.

Open it inside your terminal and run the following commands

It creates the package.json file.

Let create two files, First one without-cluster.js which doesn't use the cluster module.

To start the app just run

Now, When you go to localhost:5000/ you'll get the Fibonacci number as follows

If you look at the above code, it's the same app which calculates the Fibonacci number but uses the cluster module. We're just wrapping our application code inside an if-else block.

Now, When you go to localhost:5000/ you'll get the exact Fibonacci number as the previous one.

Now you might be thinking about what performance improvements we're getting by using cluster modules. To check that we'll be using apache bench tool.

As I'm using Ubuntu(WSL 2), I can install it by running

Benchmarking for the app which doesn't use cluster module

First, we'll check for the app which doesn't use cluster module.

To start the app

Suppose we want to see how fast our server can handle 100 requests, with a maximum of 10 requests running concurrently. Now open another terminal and run the following command.

Let's break down the above command.

After running the above command I'm getting the following results on my machine. Note, it might be different on your machine. Results will be based on your processor, programs running on your machine etc.

Sorry for my poor editing skills 😁 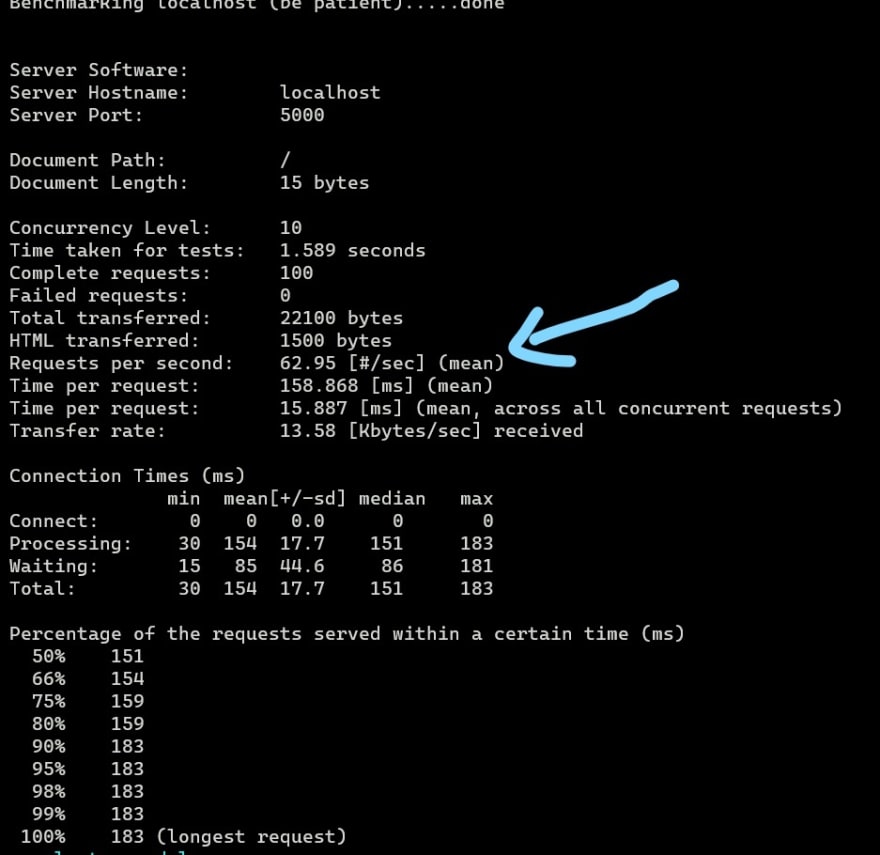 Benchmarking for the app which uses cluster module

Now let's test for the app which uses the cluster module. Start the app by running

After running the apache bench tool again, I'm getting the following results. 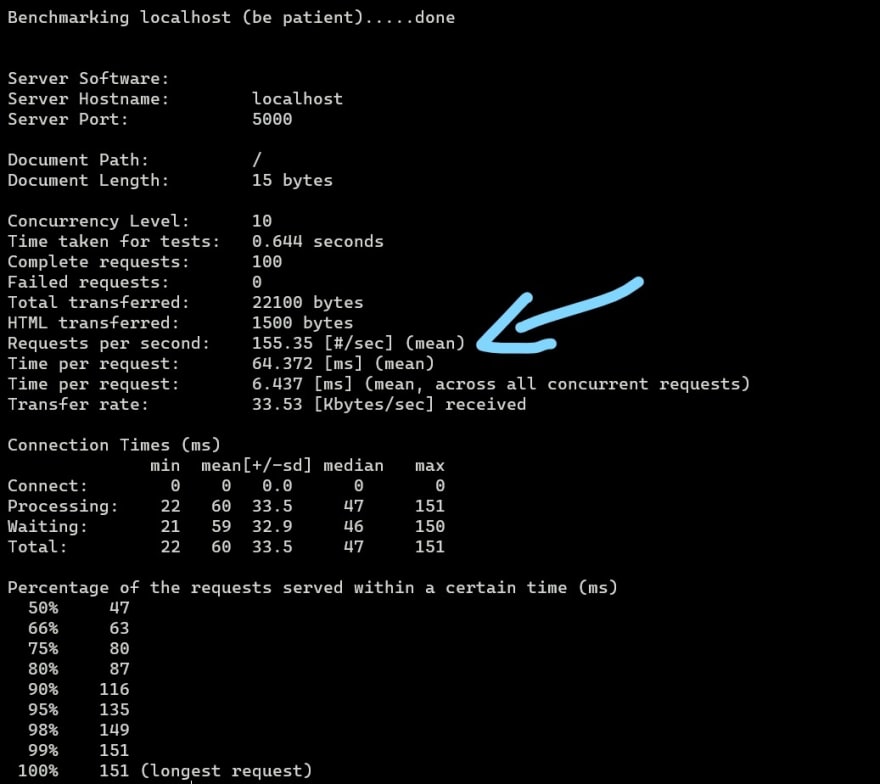 Here we're talking only a few properties from the results. You can clearly see, how many more requests we can handle by in a second by using the cluster module. The more requests we're handling, the lesser time the users have to wait to process their requests.

Similarly, you can compare other properties as well.

Note: Generally, For clustering, we can use process managers like pm2 which provides some extra features over the cluster module.