Using AWS Lambda can save a lot of time in getting services up and running but has some major drawbacks when used extensively. It is important to understand these pitfalls as they don’t usually matter until you run into them in production when it is too late to avoid. 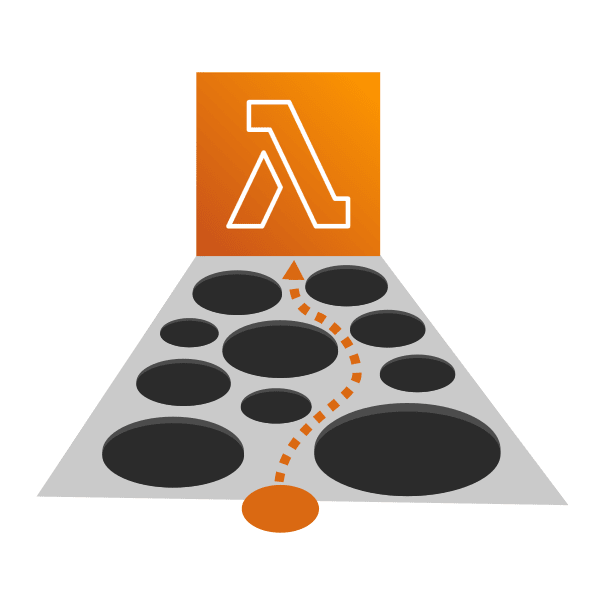 It is common in large scale software development to use private networking to increase security of internal services. This helps prevent unauthorized access to services that should never be available for public consumption. AWS Lambda supports this by using AWS VPC when configured appropriately.

It is also standard in most software development to use DNS to decouple services. DNS lets you deploy a new version of a service and cutover to it without modifying the existing service, this works because DNS records are just a pointer for where the service is hosted. 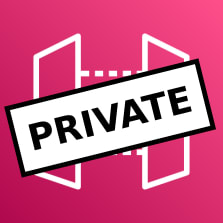 Modifying the existing service infrastructure to release a new version increases the risk of the change and makes it harder to roll back.

Another frontend for AWS Lambda is AWS Application Load Balancer which fixes the prior mentioned DNS and networking issue. However, compared to the extremely low costs AWS API Gateway, this is an expensive alternative.

In my region AWS ALB costs approximately $18 per month as a base (before the cost of compute power). This might not seem like much but with the prominence of microservices it is common for organisations to provision hundreds of different AWS Lambdas, which can lead to huge additional costs.

AWS Lambda can be configured with environment variables for things like database URLs, usernames, and passwords. This configuration shows up in the console when viewed with read only privileges. This means that giving people read only access in production can lead to exposed credentials. 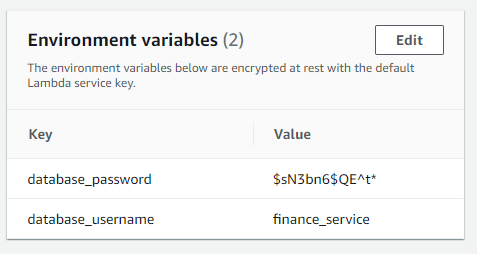 Depending on your control of AWS IAM and your business environment this may or may not impact you but it is worth thinking about when configuring your services.

An alternative solution to this is embed your configuration into your application zip, I will cover this in a future article so follow me here to get updates about that.

AWS Lambda has a hard timeout of 15 minutes and when used in conjunction with AWS API Gateway a maximum timeout of 29 seconds. This means that any request that goes longer than one of these, depending on the context, will throw an error and fail.

It is important to handle these exceptions gracefully and return a response to the user but in order to do so we need to timeout before the timeout limit. This requires additional code to track the current duration of the execution, and cancelling it when getting too close to the timeout limit.

AWS Lambda timeouts also cause extra work to manage long running processes. To run a permanent background process you will need to handle starting and stopping constantly to fit within timeouts. This is usually far more difficult than an EC2 based solution that keeps a single process open.

When using the AWS SQS as a direct trigger for AWS Lambda and limiting the throughput of the AWS Lambda Function any additional requests will throw errors. These errors can wreak havoc on alerting systems because each of these errors will show in your metrics.

It can also be a problem if you leverage dead letter queues as these failures contribute to the maximum retries per task without even invoking the lambda. Which can cause good messages to be pushed into the dead letter queue due to throughput limitations.

AWS Lambda is a great service that enables software development with minimal operational overhead, but like all tools it has limits and it is helpful to understand them. I often use AWS Lambda to get services running but find that moving to AWS EC2 based services is often more cost effective and simple in the long term.

5 Rules for Every Code Review

Once suspended, bentorvo will not be able to comment or publish posts until their suspension is removed.

Once unsuspended, bentorvo will be able to comment and publish posts again.

Once unpublished, all posts by bentorvo will become hidden and only accessible to themselves.

If bentorvo is not suspended, they can still re-publish their posts from their dashboard.

Once unpublished, this post will become invisible to the public and only accessible to Ben Brazier.

Thanks for keeping DEV Community safe. Here is what you can do to flag bentorvo:

Unflagging bentorvo will restore default visibility to their posts.