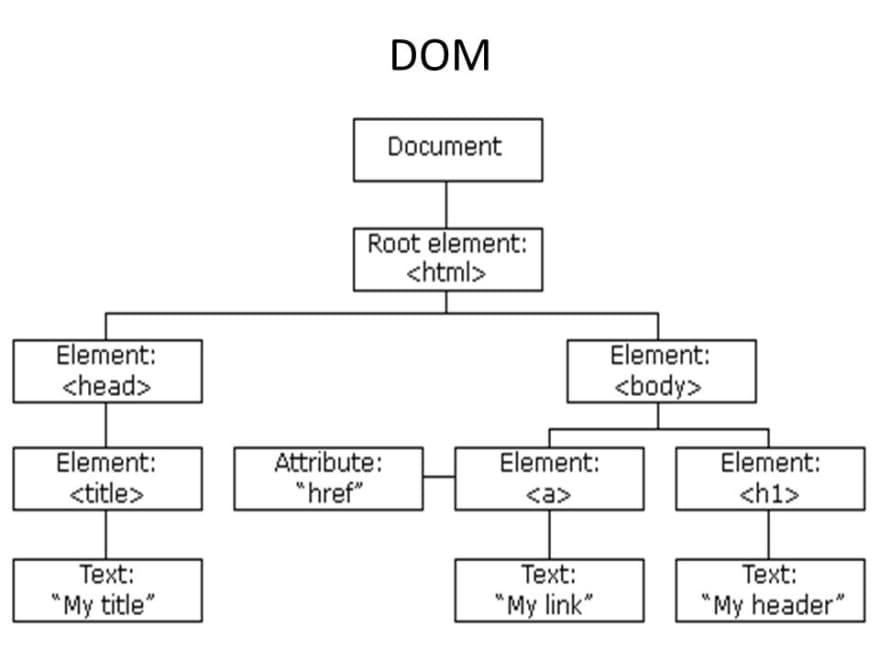 Hopefully I can explain this easily and accurately 😅

I've been puzzled as to what DOM meant. I've seen DOM being used especially in Polymer and ReactJS documentations.

Basically, a web page is an html document. This document is actually an object. Under this object we have our element tags like the body, h1, div, etc. All these elements in a page have some sort of object structure.

In my html file it would look something like this:

All the elements of the DOM is an object model (or structure). Meaning that an element like h1 would have a object structure like in the sample above. Yeah! Insane right? You can access these properties just like you would when accessing an object with Javascript!

Let's have an example.
I have a html element here:

Using javascript I can actually change the properties of h1 by accessing it's object model like so:

Notice I did 'document.', right? This means that the HTML document is parsed into an object model which is the 'document' object and all the elements that are in the DOM are all found under this document object.

There are different ways in accessing the DOM:

There you go! I hope I was able to briefly and easily explain what DOM is.
Please do let me know if I missed anything.

Pi-hole on Raspberry Pi with IPv6

An Introdution to Networks - A TryHackMe Introductory Networking WriteUp