Elliott Marquez challenged me to write a redux controller on the Lit & Friends slack. 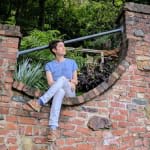 So let's get cracking!

First step let's make a new project and import some dependencies to help us develop.

Ok next we'll set up the controller class in reducer.ts

That hostUpdate signature is just to keep typescript from complaining. 🤷.

Our controller essentially bolts some statefullness onto a function which takes some state T and some action A and returns some other or the same state T. So let's formalize that:

The controller should take that reducer, along with some initial state, and pin them to the class instance.

Believe it or not we're pretty much done. The last piece we need is to implement a dispatch method which takes an action A and updates the host.

And, as Chef John would say, that's it!

If we want to use our controller, we just create it on a compatible host (like LitElement) and we're off to the races:

[Part 2] How to use redux thunk

How to make a self-controlled button in react

How do you create a Redux store for Login functionality?