In the past couple days, dev.to has racked up a lot of internet points. Since we launched as an open source project early yesterday, we have remained at the top of GitHub's worldwide trending repos. 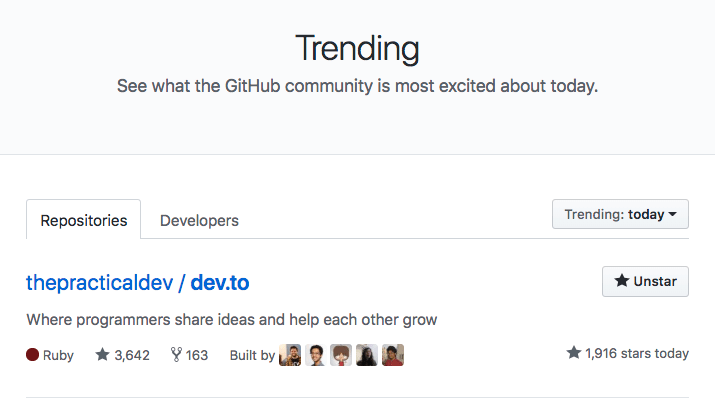 GitHub stars don't necessarily mean anything, but they also don't mean nothing. One way or another, there is an expectation that comes with popularity. People certainly correlate popularity with "greatness", or something along those lines. 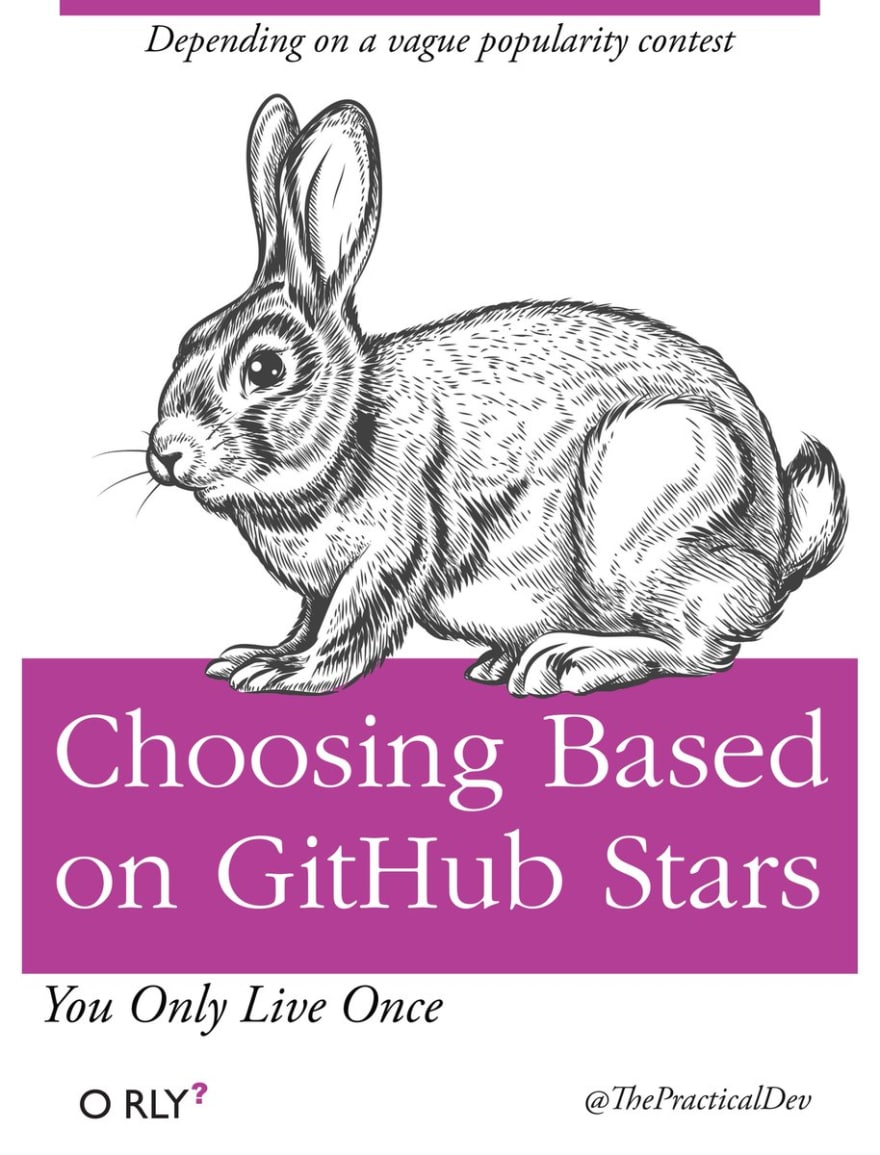 A lot of people see this as a chance to learn from us, and of course, we hope to teach as much as we can — especially to newer folks. That said, most of the teaching will be peer-to-peer; from the top down, we don't have that much to offer. We are here to learn as much as anyone else. 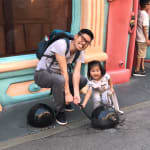 What are you learning from the DEV open source codebase?

Looks like the standard rails mess :/ Don't get me wrong. From time to time i am going to look at other peoples rails code to learn, how they solved common problems in grown rails apps. Most oft the time i leave rather disappointed...
I like the spec for Comment#id_code_generated ;)

It's true. We are a pretty standard Rails mess. We didn't get here because we write perfect code. We got here because we care a lot about the community. I happen to think that now that we are open source, we may eventually live up to our status as an important web app in the developer community. But that is not where we are today.

We are popular for, in my opinion, all the right reasons. We have worked closely with the community every step of the way and have always strived to do the right thing. But in a sense, we're also famous for being famous, and as software developers we hope to deserve the success of this project as we grow over time.

10 reasons why you should use Typescript

I can't believe you're not adding observability