The room darkens as the sunsets final rays filter through the windows. We gather around the table, various cups and containers that once held caffeinated beverages litter the room now only serve as a reminder of how long we've been at this. The end is near, everyone hold their breath as you...

For "Deploy the hotfix to prod" go to page 66

For "Sneak attack the lich" go to page 34

Roleplaying and software engineering have long run in the same circles. Back in my day, they were both considered "nerd hobbies" that no one popular would be caught dead doing. Nowadays though, both have seen a sort of renaissance. Now, engineers are cool and almost everyone knows about Critical Role!

I've been roleplaying and storytelling (another term for being a dungeon master) for about as long as I can remember. Building worlds with other people has always been something I've enjoyed. For better or for worse, because of that I tend to view the world through the lens of a lifelong storyteller. Through that lens, I think there are some lessons we can learn when it comes to leadership. So, what are we waiting for? Let's dive right in!

Have a Plan, But be Prepared to Improvise 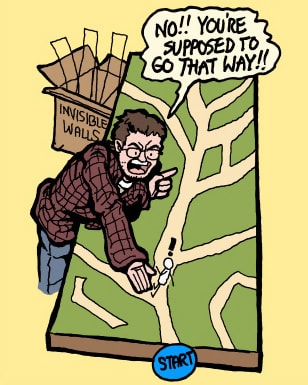 This is an especially hot concept in modern roleplaying. As more of the roleplay market have day jobs, a lot of "prepless" roleplaying games have started popping up, games where people with day jobs don't have to spend hours putting together characters and campaigns for. The idea for these systems is that the storyteller is just another player. The storyteller is playing to see what happens, just like the players.

I find it helpful to strike a balance, both when it comes to leadership and storytelling. As a storyteller, I want to come to the table with a general plan, but I also want to encourage my players to build something I could never think of and make the story even better! When that happens, I need to be ready to pivot and work those ideas into the narrative.

Similarly, as a dev lead, you want to have a general plan for a milestone or epic or whatever. However, you also want to leave room for creativity and be prepared to change your plan. One of your teammates might have an idea you never thought of, or product might entirely reprioritize. In either case, you need to adjust the plan but still keep things rolling smoothly.

Make Sure Everyone Has a Chance to Contribute 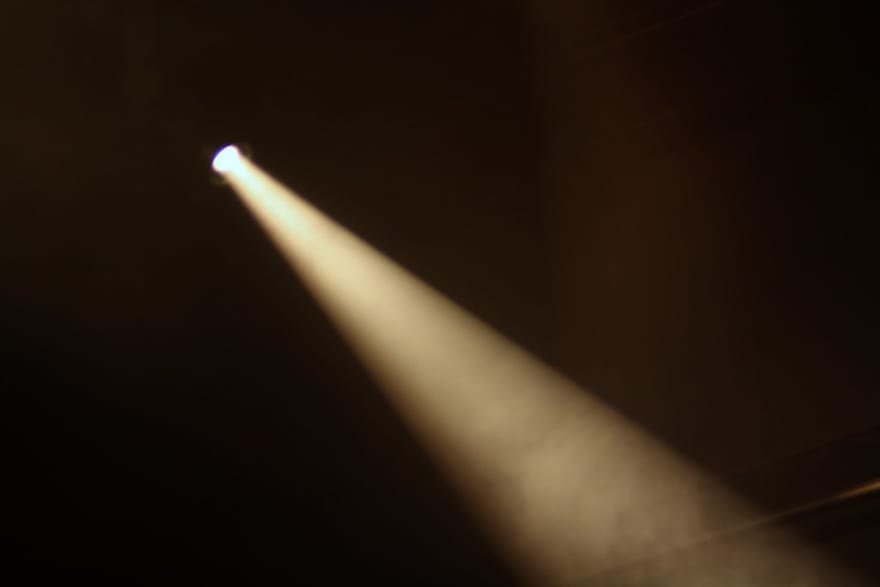 In storytelling, there is a concept of a "spotlight." At any given moment, one or two characters have the spotlight. For that moment, it's like that character is the protagonist! It's your job as a storyteller to make that character shine, show off what makes them special, and leave them feeling like they just did something amazing that only they could pull off!

The tricky part about spotlighting is that you have to distribute it around the table. If one character is always in the spotlight, the other players will quickly get bored. Sometimes it requires a bit of coaxing, and not every game will highlight every player, but when everyone feels like they're making an impact it leads to a better story that everyone has fun making.

Spotlighting has pretty easy corollaries in leadership. Making sure you acknowledge the contributions of everyone on the team (not just one or two high achievers) and that everyone has a chance to build something they're proud of are the two big ones. To really spotlight effectively though, you need to know what drives your teammates, what truly excites them. The more you know about that, the more you can find and tailor tasks to that person and make them feel as successful as possible.

You Should Also Be Having Fun!

A LOT of people are dungeon masters because no one else in the group wanted to be, so they felt they had to pick up the banner and run with it. At a certain point, you have to ask yourself

Is this what I want to do?

At some point, you need to make sure you're doing what you actually want to do. It often feels like the only way to progress at a certain point is going into management. Luckily, we're getting better as a community at offering higher level technical tracks that are separate from management tracks. Hopefully this trend continues and we can let people who want to code, code and people who want to manage, manage. That way no one falls into a role they don't want.

In The End, It's All About Collaboration

The most important takeaway from all this is that the dev lead is just another team member. It's not your job to run everything and prepare everything and micromanage everything as a lead. It's your job to bring the best out of people and make them feel like they've achieved something every day. To make your teammates feel delighted at work.

As long as you approach a problem collaboratively instead of competitively, anything is solvable!