What are react hooks ?

Hooks were added to React 16.8, they allow us to use state and
the other lifecycle methods without writing a class,
they make it possible to only use functional components.

You might ask, "why use hooks in the first place if they are just replacements to functionalities
that we already had while using class components !", but that is not the case, Hooks come with lot's of
improvements over the lifecycle methods used in class components.

In this blog post I will show you how to use the two most important hooks (useState and useEffect)
that you will need to build your classless react app, I will demonstrate by building a random joke generator using
this public api

This method allows us to use state in our functional components,
it return an array with a state and a method to change that state

To update the state 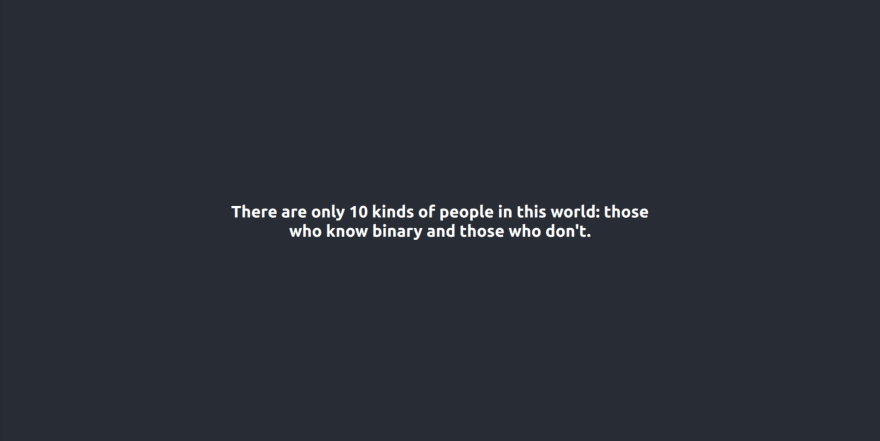 (I have to say that's a funny joke)

React Hooks introduces the useEffect() method to replace
a class component’s lifecycle methods componentDidMount, componentDidUpdate, and componentWillUnmount.
The method also allows side effects in your functional component,
such as changing content in the document object model and fetching data.
useEffect() will run after every component render.

Mutations, subscriptions, timers, logging, and other side effects are not allowed
inside the main body of a function component (referred to as React’s render phase).
Doing so will lead to confusing bugs and inconsistencies in the UI.

Instead, use useEffect. The function passed to useEffect will run after the render
is committed to the screen. Think of effects as an escape hatch from React’s purely
functional world into the imperative world.

By default, effects run after every completed render,
but you can choose to fire them only when certain values have changed.

I'll start by explaining what is effectful code ? !

effectful code is code that affects something outside of the scope of the function
that is being excuted, also known as side effects

Side effects can be observed in such events:

useEffect takes a dependencies array as a second parameter,
this will allow us to make it run only when we want it to.

In our Jokes app we want to use the random jokes api to update the state on every render.
To do that we'll use the useEffect() method and the setJoke() method that we got from useState()

Interesting it looks like the joke is changing ! But it doesn't stop !

The useEffect() method is running every single time the joke state is changing, this makes it run
in an infinite loop !

To fix that we will use the dependencies array, we want it to run only on the first render
so we will pass an empty array like such 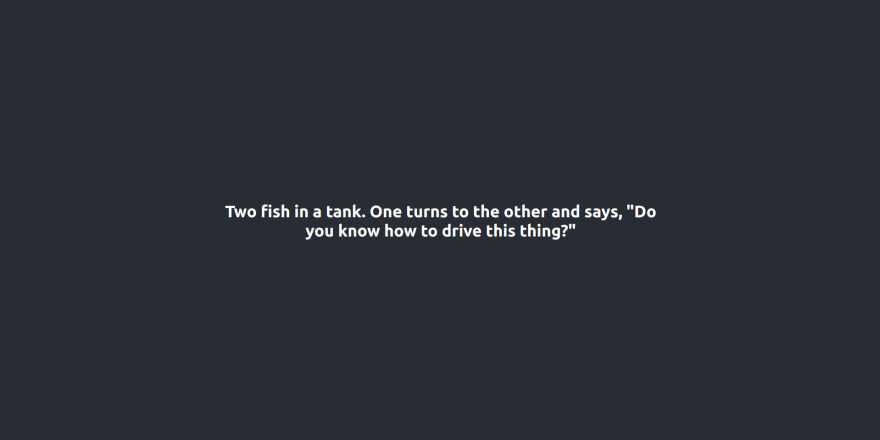 This fixes it, now it runs only on the first render !

Kudos for reaching till the end 👍 !

There are a lot more information to be covered, but I'll keep them for another time (another blog post)

Check out the offical documentation