I would like to introduce you to my free & online Unix timestamp converter.

It's an online time converter for epoch Unix timestamp format. I was missing some features like simple timestamp modifications or calculating the time difference in other converters so I did my own.

What is epoch time?

Literally speaking the epoch is Unix time 0 (midnight 1/1/1970), but "epoch" is often used as a synonym for Unix time.

You can enter the epoch timestamp and it will convert it to several human-readable time formats. 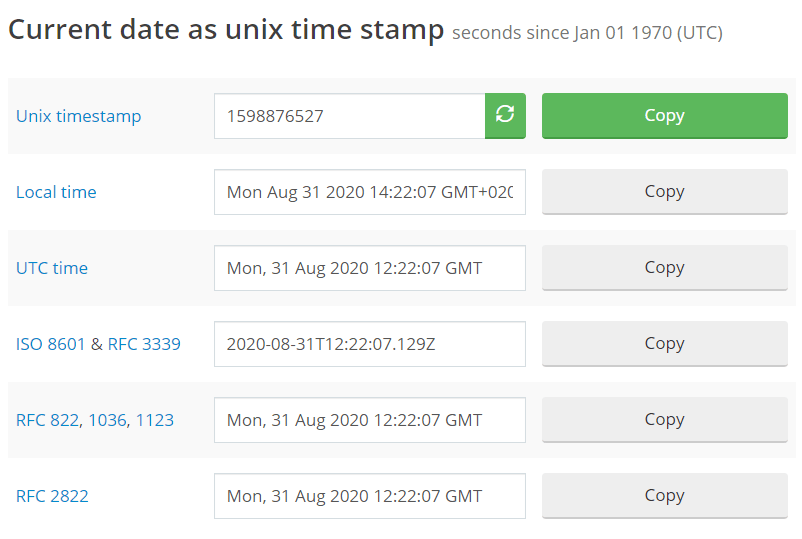 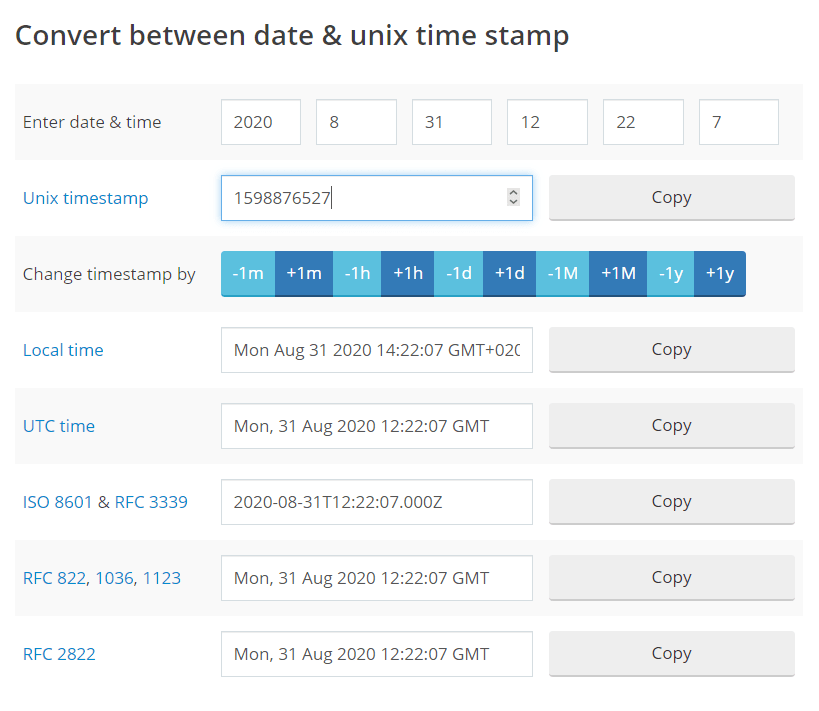 Calculate the difference between two epoch timestamps and display it in numerical and human-readable formats. 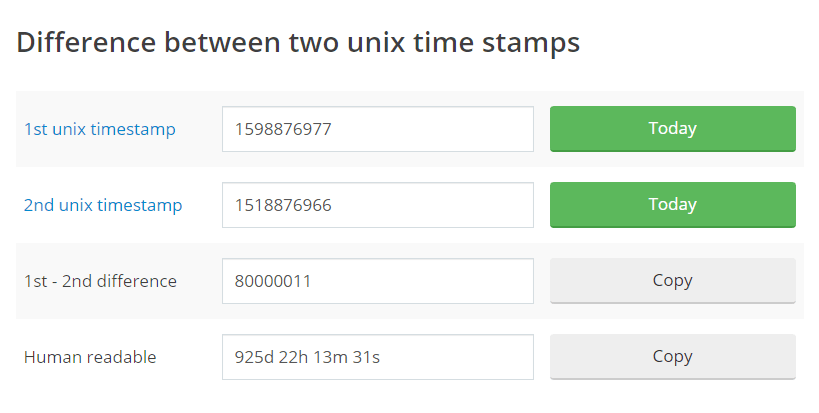 Once suspended, bartosz will not be able to comment or publish posts until their suspension is removed.

Once unsuspended, bartosz will be able to comment and publish posts again.

Once unpublished, all posts by bartosz will become hidden and only accessible to themselves.

If bartosz is not suspended, they can still re-publish their posts from their dashboard.

Once unpublished, this post will become invisible to the public and only accessible to Bartosz Wójcik.

Thanks for keeping DEV Community 👩‍💻👨‍💻 safe. Here is what you can do to flag bartosz:

Unflagging bartosz will restore default visibility to their posts.