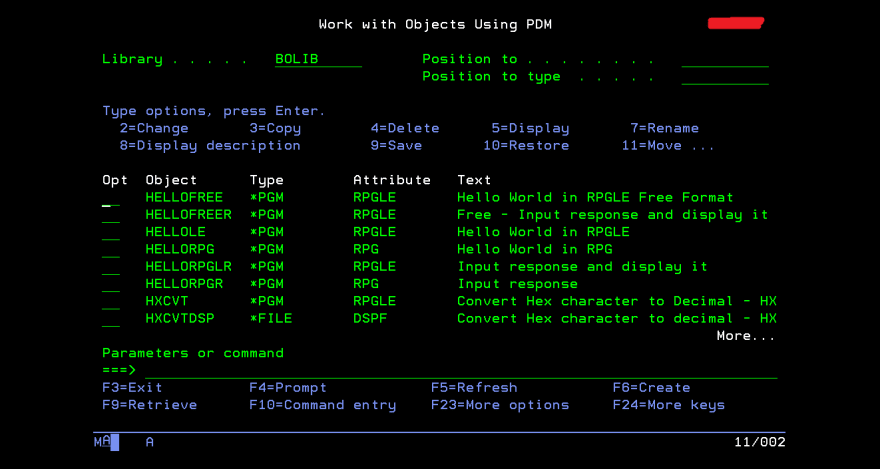 This is my first post to DEV to see if there are any developers on here who have messed around with IBM i before or are interested in learning what it is. Primarily, I will be focusing on the history of IBM i and the RPG programming language that has evolved with it.

At my current workplace, I noticed this ominous green and black screen on numerous older developers' monitors. Shortly after, I found out that my company develops and maintains an IBM i system with an RPG(LE) codebase. I was immediately intrigued and set out to learn what was happening. The problem is that learning a new paradigm of thinking is difficult.

Since I was a web developer and expressed a bit of interest in learning IBM i, I was given a user account and library that I could mess around with. I searched around various sites and some IBM documentation for a "tutorial". But, I quickly learned that there really isn't too great of a starting point compared to learning every other programming language and/or OS. 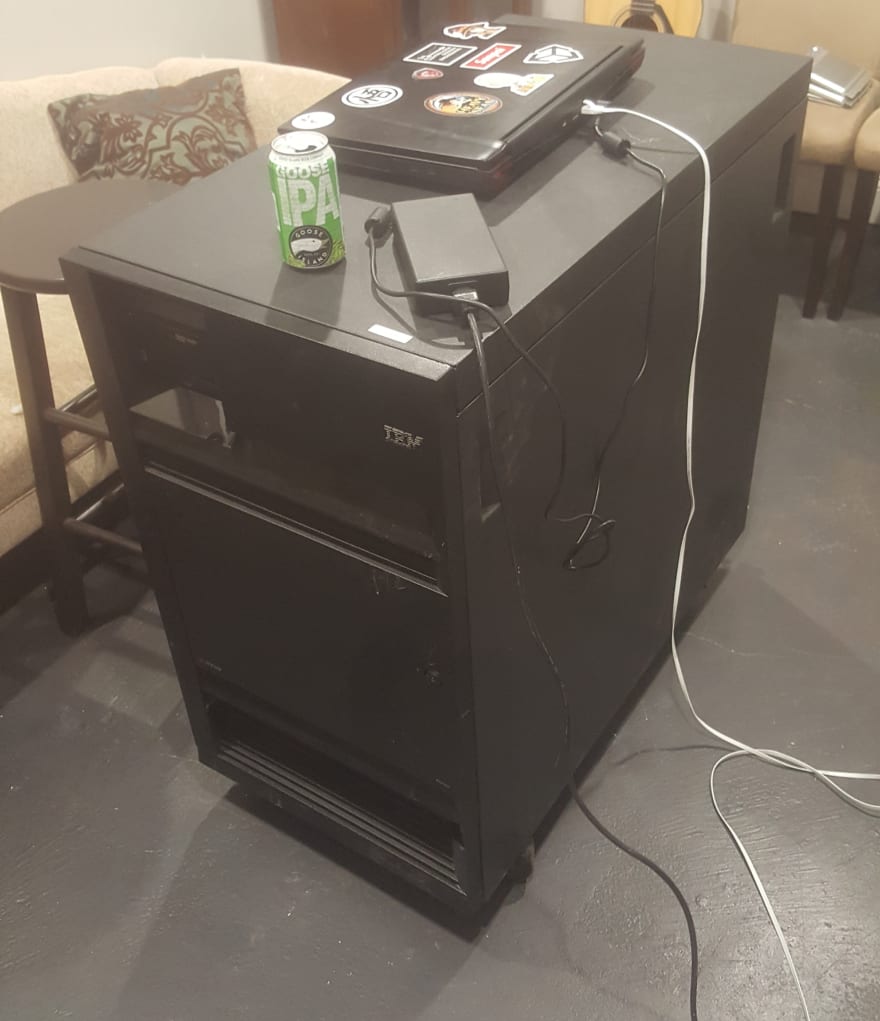 If you ever find yourself wanting to learn RPG by purchasing a used AS/400 on eBay, don't do it (unless you have an additional $20K). IBM is cool, but their software is expensive and closed source. So, I have a pretty sweet 500lb bar table in my basement now.

IBM i is an OS that works very well with business applications, reporting, data warehousing, and more. It also comes with a built in database called DB2 which uses its own little flavor of SQL.

IBM i also has the ability to use many languages such as RPG, CL, DDS, COBOL, BASIC, C/C++, Java, Python, DB2 SQL, and REXX. There is a lot to this machine, but at a high level this amount of information should be sufficient.

A big selling point of IBM i is its stability. According to developers at my workplace, our IBM i system has only needed to be rebooted once in its 30+ years of operation.

IBM i evolved a lot over time and often gets confusing trying to google things. The easiest way to trace its evolution is to follow the RPG programming language.

I glossed over a lot of information, but feel free to read more. 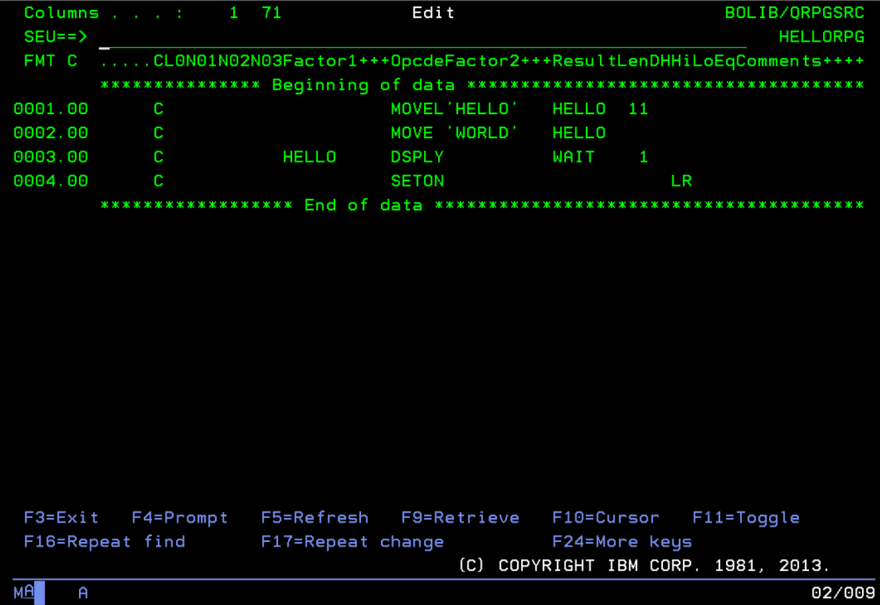 RPG fixed-format looks so ugly because of its origin. Therefore, RPG's grammar is dependent on certain columns needing specific data.

Gradually, RPG evolved out of its fixed-format ancestry and took a free-format appearance. IBM made sure that there was a decent amount of backwards compatibility between version of RPG. For example, on the AS/400 you could have a mix of RPG III and RPG IV programs. With RPG's evolution into free-format

RPG is sometimes referred to as RPGLE. Without getting into too much detail: On IBM i, there is the concept of Integrated Language Environment (ILE) languages. ILE languages can talk to other ILE languages. This includes CL, COBOL, C/C++, RPG, and more. Modern RPG development is typically using RPGLE.

With the use of the /free and /end-free you can mix and match fixed and free RPGLE.

This is just a small glimpse at IBM i. There is a mountain of information to learn about the machine, most of which I haven't learned yet. I know this was probably confusing, but I hope my writing was coherent enough to enjoy reading. If anyone would like to read and learn more about IBM i let me know in the comments. I'd love to keep making posts like this.

My IBM i "Projects"

To start learning I made a small repository to dump random files and notes into; Located at https://github.com/barrettotte/IBM-RPG

I am writing a small "book" called "Learning IBM i as a Lowly Web Developer" (obviously the title is poking fun). This book will be a casual guide to IBM i , introductions to various obscure languages (RPGLE, CL, DDS, REXX, COBOL, etc), and a short course to wrap-up concepts.

To go along with my book, I am casually developing an IBM i VS Code extension and editor API to enable viewing, editing, and compiling IBM i code from the comfort of VS Code.

Streaming Fatigue is Real: We Surveyed 1K People To Confirm It

require vs import in NodeJs

Once suspended, barrettotte will not be able to comment or publish posts until their suspension is removed.

Once unsuspended, barrettotte will be able to comment and publish posts again.

Once unpublished, all posts by barrettotte will become hidden and only accessible to themselves.

If barrettotte is not suspended, they can still re-publish their posts from their dashboard.

Once unpublished, this post will become invisible to the public and only accessible to Barrett Otte.

Thanks for keeping DEV Community 👩‍💻👨‍💻 safe. Here is what you can do to flag barrettotte:

Unflagging barrettotte will restore default visibility to their posts.