Recently Heroku dropped their free tier which was a go-to platform for many pet projects. My simple Hanami flashcard application (I wrote about it in my previous article) got deleted and I still wanted to continue learning Italian, so I started looking for an alternative to Heroku.

A colleague recommended Railway.app to me, so I decided to give it a shot.
Eventually I managed to migrate the application, but there were a few problems that I experienced, so I thought to share with you how I managed to solve them.

1. Creating and deploying the application

This part was super straightforward in my case. The only thing I needed to do is to pick "Deploy from GitHub repo" and that was that! Railway picked up the code and started a deploy automatically. 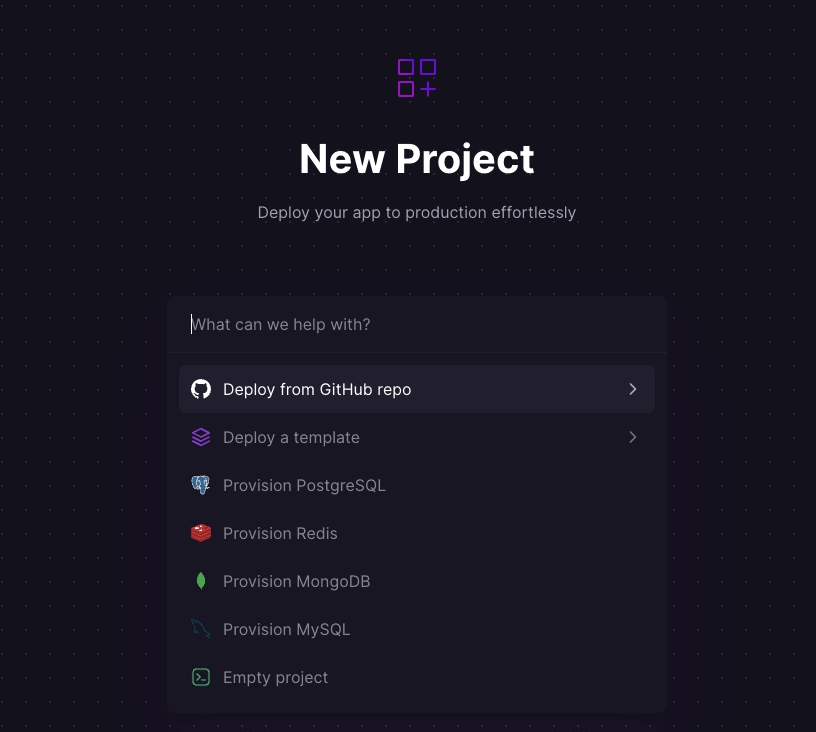 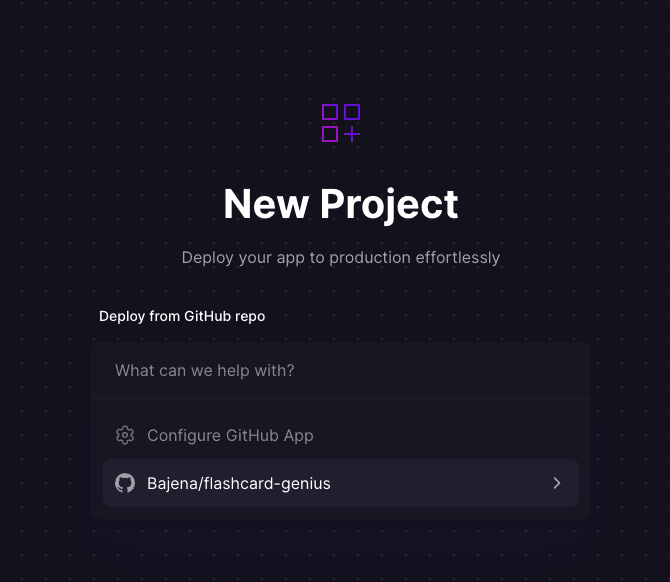 2. Adding a Postgres database to the project

The first deploy immediately failed. When I checked the deploy logs I've noticed that the application failed to connect to the Postgres database and well... that's understandable, because I didn't add the database to my project.

What I had to do was to click "+New" in my project and select a Postgres database. 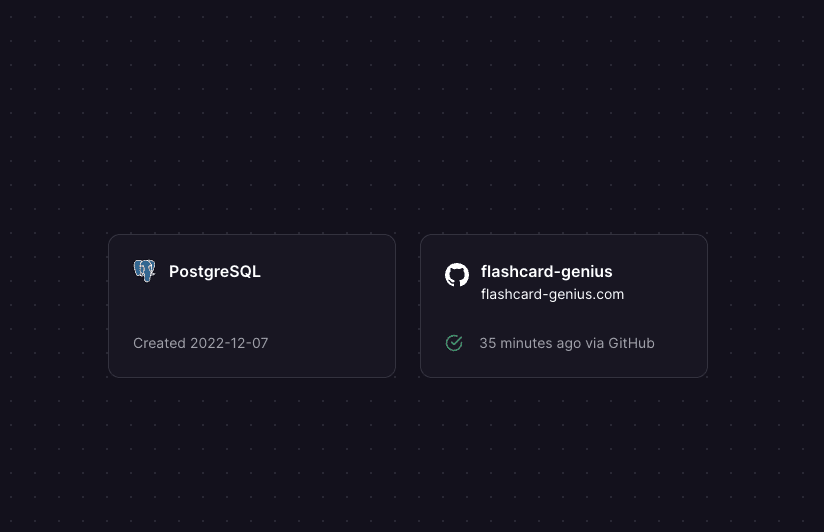 The next problem I faced was that the application wouldn't start due to missing environment variables.

So, what I did was that I went to my Heroku project settings and copy pasted the variables: 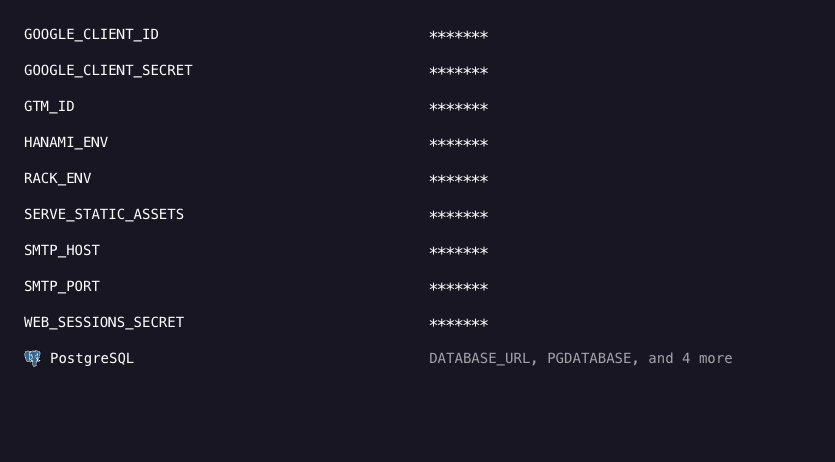 Unfortunately at this point my app still didn't want to start.
Once I checked my project's Sentry I saw Hanami::Assets::MissingManifestFileError: 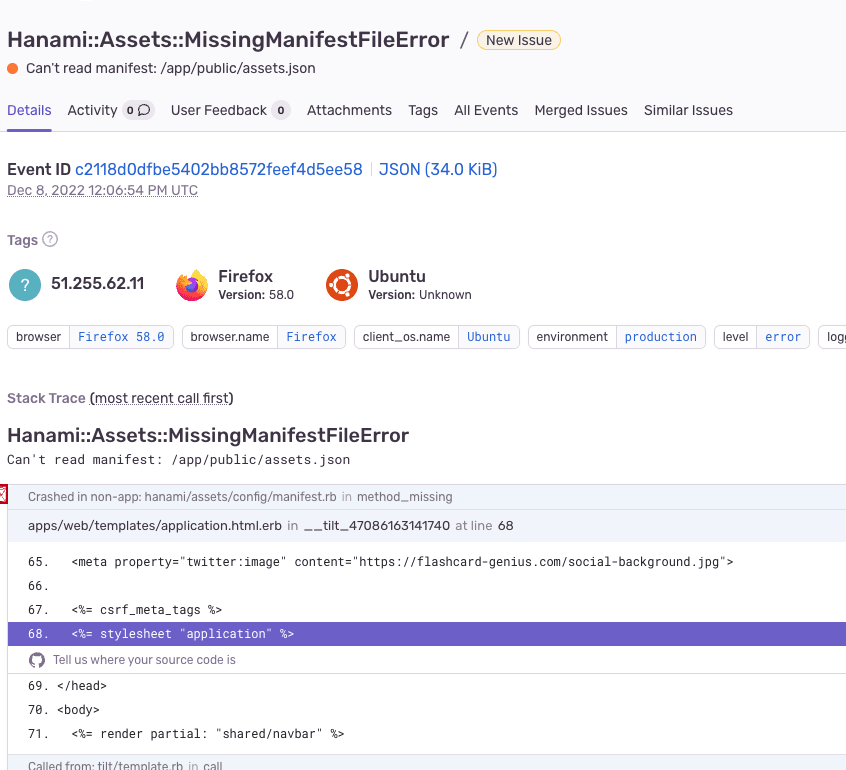 It turned out that Railway's deployment would only spin up the server without precompiling the assets which was different from Heroku and gave me a lot of headache before I managed to fix that.

What worked for me in the end was to:

Note the -p $PORT param. $PORT variable is provided by default by Railway and it's super important to set it when starting the server, because otherwise Railway won't know where your application lives.

My app's database contained over a thousand of language flashcards and I didn't want to loose them.
So, what I've done is I went to Heroku's PostgreSQL "Durability" tab and downloaded an export file of my database: 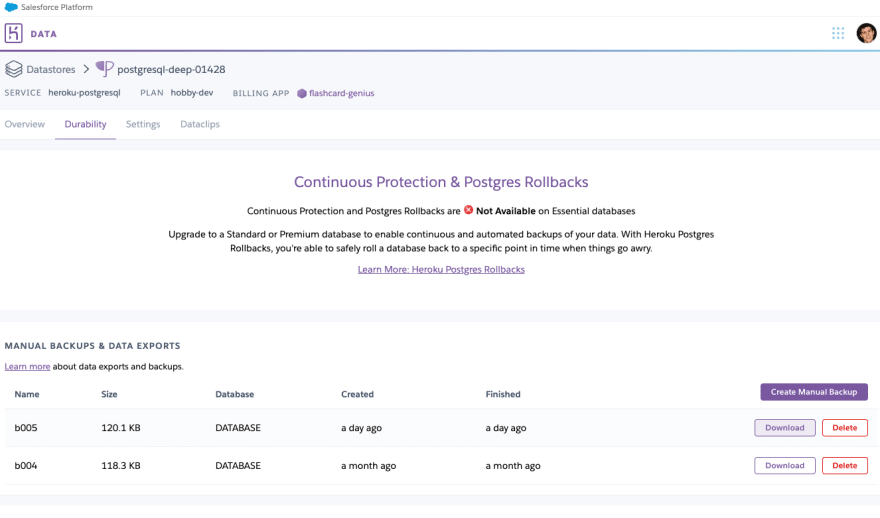 Next, I opened the Postgres addon in my Railway project and found the connection URL:

Having that URL, I launched pgAdmin on my computed, connected to the database, clicked "Restore" and picked the previously exported Heroku database file: 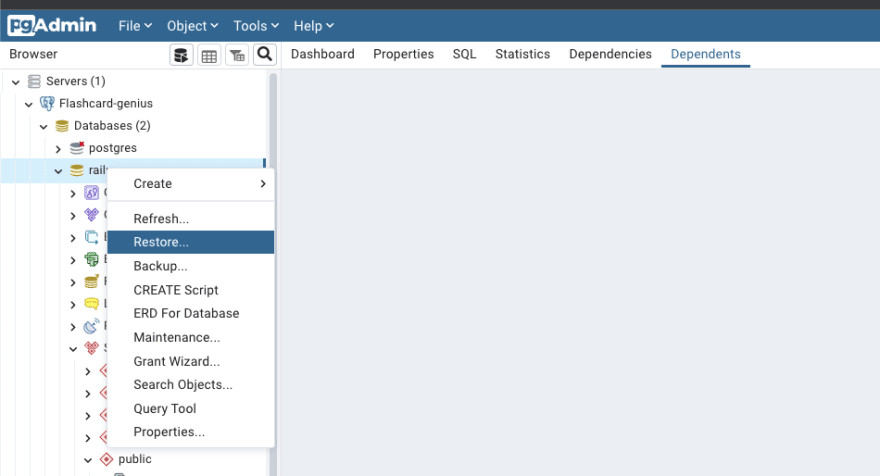 The migration wasn't as seamless as expected, but eventually everthing seems to be working fine. Note that my application is a Hanami 1.3. application, so things may have changed in recently released 2.0. version.

JIT Compilers for Ruby and Rails: An Overview

Once suspended, bajena will not be able to comment or publish posts until their suspension is removed.

Once unsuspended, bajena will be able to comment and publish posts again.

Once unpublished, all posts by bajena will become hidden and only accessible to themselves.

If bajena is not suspended, they can still re-publish their posts from their dashboard.

Once unpublished, this post will become invisible to the public and only accessible to Jan Bajena.

Thanks for keeping DEV Community 👩‍💻👨‍💻 safe. Here is what you can do to flag bajena:

Unflagging bajena will restore default visibility to their posts.