Alright folks, time for me to brush off the dust on these blogging fingers and toss this first post anxiety out the window. Fair warning, this might be my longest blog post despite it being my first on here.

Let me first start off by introducing myself. 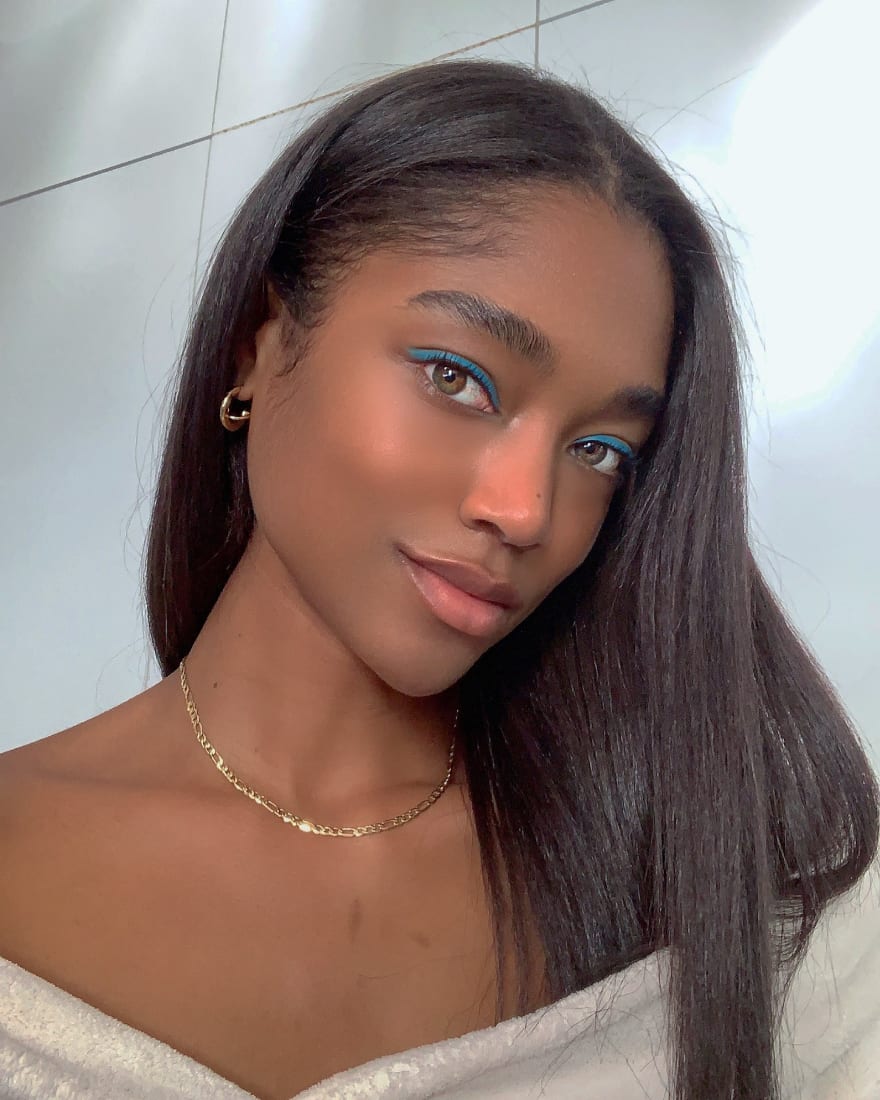 Hey everyone! My name is Brittany Kelly, but ever since I started modeling back in 2017, I've been going by Ritta... hence my name on here and many other platforms relating to my tech life being B(ritta)ny. I'm a 25 year old woman currently based out of New York City. Formerly a D1 college athlete, I'm now a full time fashion model and have worked in both the US and Europe. As you can guess, I'm now making my "move" into the tech industry like many others.

Why is "move" in quotations? Well, theres a few reasons:

So let's start with point number 2. Tech has always been a huge love in my life. I remember my family having one of those gateway PCs with the giant monitors back when I was 4 or 5. I was always interested in how the terminal would appear whenever the computer was powered on, loading up the windows OS. Of course I was also all over the internet whether it be computer games (the majority of my computer time), learning languages, or a little later when I discovered blogs and learned what anime was (the good ol' days of watching Fullmetal Alchemist ep 14 pt 3/4 on YouTube).

Aside from gaming consoles, one of the best Christmas gifts I ever got was my first laptop when I was around 7 or 8. That's when I really dove into blogging and even ended up building my own tumblr and blogger layouts with HTML and CSS (also YouTube but their channels quickly became less and less customizable).

Fast forward a bit through my childhood of gaming, sports, anime, language, and music of all genres, and we land in my sophomore year of high school. I had just transferred to a new school and I was excited to be able to take both digital design and game design. I excelled in both since they were two subjects that I was wildly interested in, but I ended up not continuing on with game design due to the teacher seemingly hating to teach, and I ended up dropping my extra elective slot in favor of having a free period to sleep before volleyball practice.

Fast forward yet again to my freshman year of college... and point number 3! Don't you just love how I took the time to make an ordered list and ended up not going with the ordered flow? 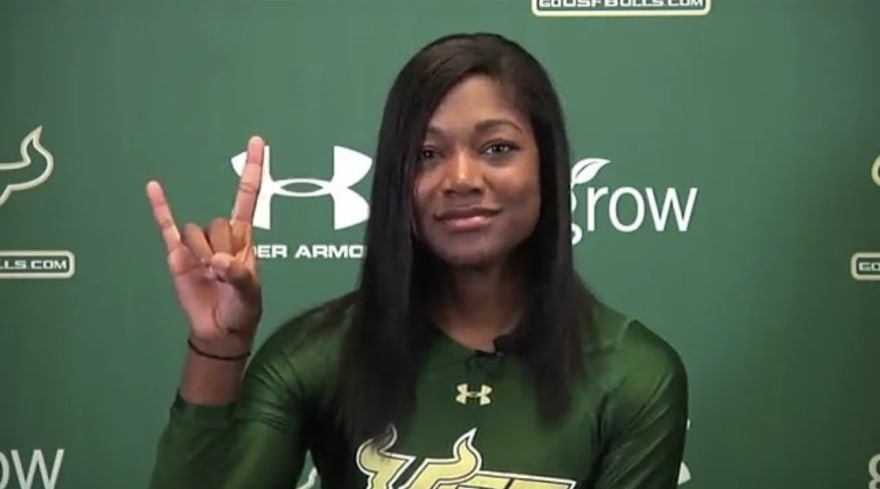 I entered college at the University of South Florida on full athletic scholarship along with an academic scholarship under my belt as well. Seeing as tech and language were my first two loves in life (aside from sports), I was obviously going to choose a major that was on the same wavelength of one of those. I ended up choosing the International Studies major.

This major was absolutely not what I expected it to be and I ended up switching to Mass Communications the next semester. At this point I had ended my collegiate athletics career due to the accumulation of injuries I'd sustained over the years, mental health, a growing rift between my family and I, and overall burnout. The issue with this, is that even though I grew up having an interest in basically everything, I hit a point where I dropped most of my interests to focus on athletics. It's unfortunately extremely common for athletes to come out of their career extremely confused about what to do next if they end up not going the pro route as they expected. This is exactly what happened to me.

I ended up taking a semester off and later ended up at a community college where I studied game design and then quickly switched to digital design. Around this time is also when I gave modeling a chance and fell in love with it. I then realized that college was really going nowhere for me due to not having a solid vision of what I really wanted to study, and the structure of college overall didn't flow with the way my brain thinks and processes. Undiagnosed ADHD was also kicking my butt. I ended up taking an "indefinite break" (pretty words for saying I dropped out) and focused solely on modeling. 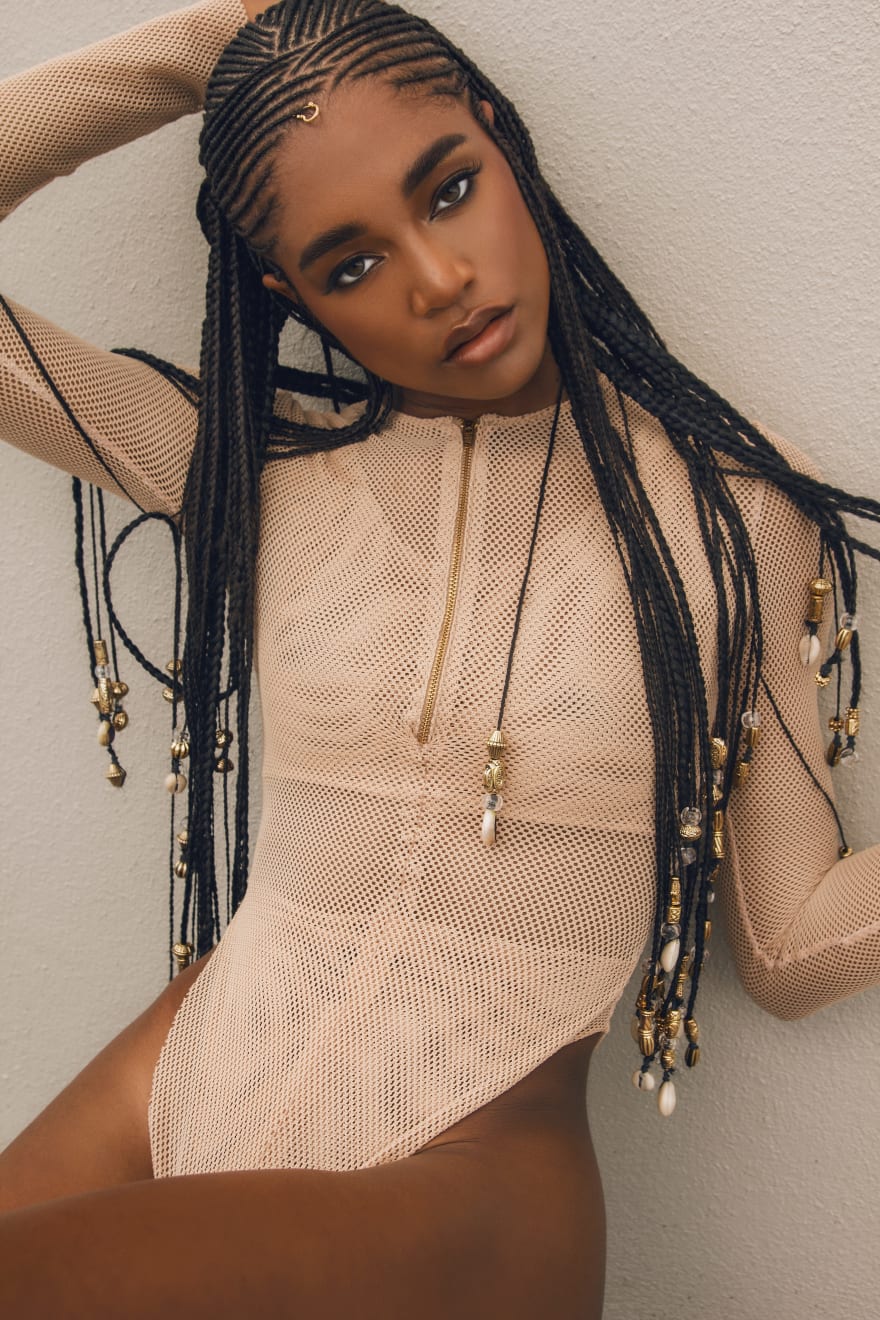 Jump ahead a few years and suddenly we've hit 2020 and I've been "living the dream" living in New York City for about a year now and modeling as my full time job.

COVID-19 has entered the chat.

Buh-bye modeling industry (and everything else) and hello void of confusion of self-expression and identity because I suddenly have to figure out yet again who I am and what I like outside of what I'm constantly doing. During the lockdown, I ended up dabbling in coding again via Codecademy but didn't stick with it and ended up taking a real estate licensing course instead. 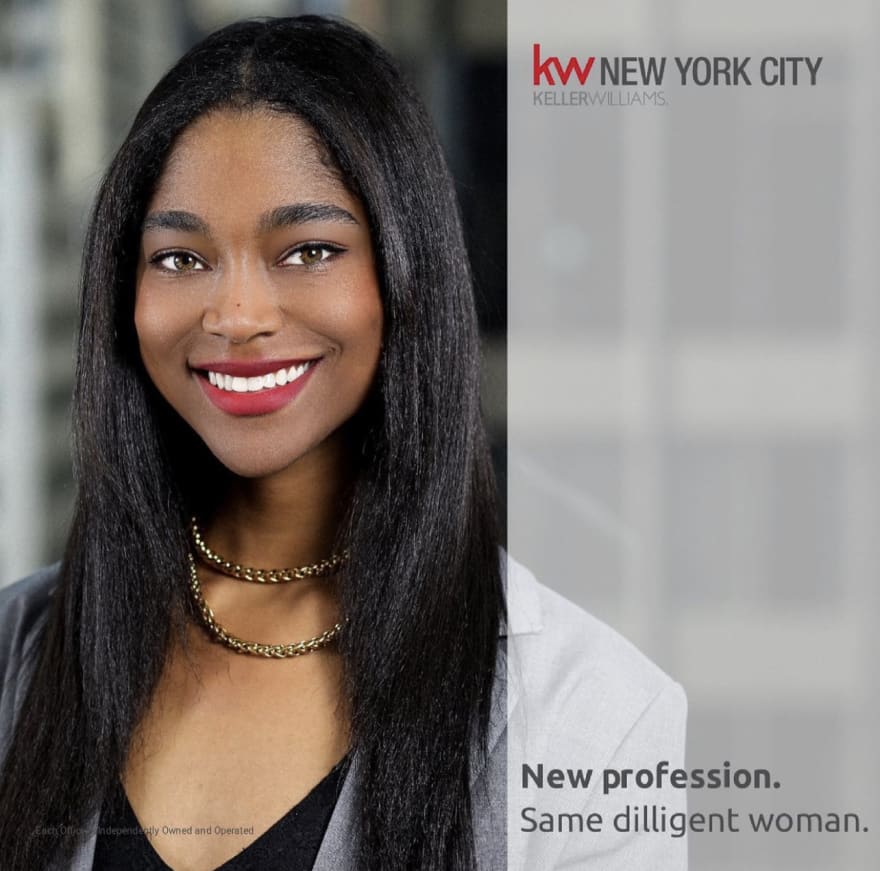 Push forward to the end of 2021, a few months after returning from modeling in Italy for a few months, and I've been deeply contemplating what else I want to pursue in life. I'm a college dropout who has close to no corporate job experience. I needed something that was both interesting to me, something that could possibly be flexible (or remote) enough for me to continue my modeling, and also a field I could enter that is less degree based and more ability based. I ended up making a list of all the things I remembered loving growing up and at the core of everything, tech was always common component. So I understood that I wanted to do something within tech, but what?

As the research nerd I am, I started really deep diving into tech jobs and looking at the industry under a microscope. I ended up resonating with software engineering due to it aligning with things I've loved since I was a child, the endless paths you can branch into as an engineer, the fact that it is very plausible to get into as a degree-lacking person, and I also wouldn't have to axe my modeling career (Hey! It's finally point number 1). Of course the high pay is an obvious attracting perk as well.

I then start doing a load of research on the best ways to hone your skills without going through getting a 4 year college degree. I knew I could go the completely self taught route, but I also did always do better when I had a set route and guidance from a teacher when I didn't quite understand something. That's when I discovered bootcamps and was surprised to find that this was the type of straight-to-the-point learning environment I wanted from college but couldn't have due to the structure of the college system.

I then started coding everyday via Codecademy's software engineering route since I knew I wouldn't be able to start a bootcamp until a little bit into the next year due to me needing to go back over to Europe for the first two months of 2022. I'd be there until the end of fashion month. 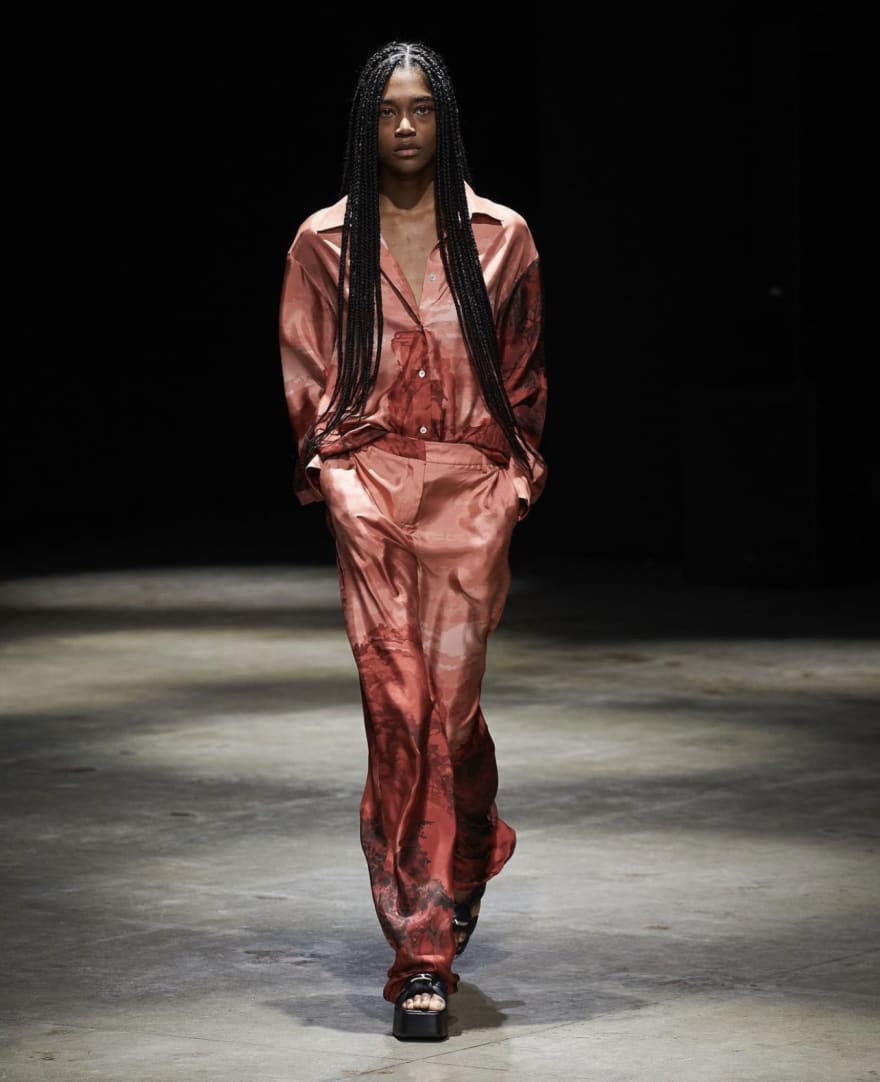 I was coding almost every single day while I was overseas whilst also researching which bootcamp would fit my needs and be best for me at the time. 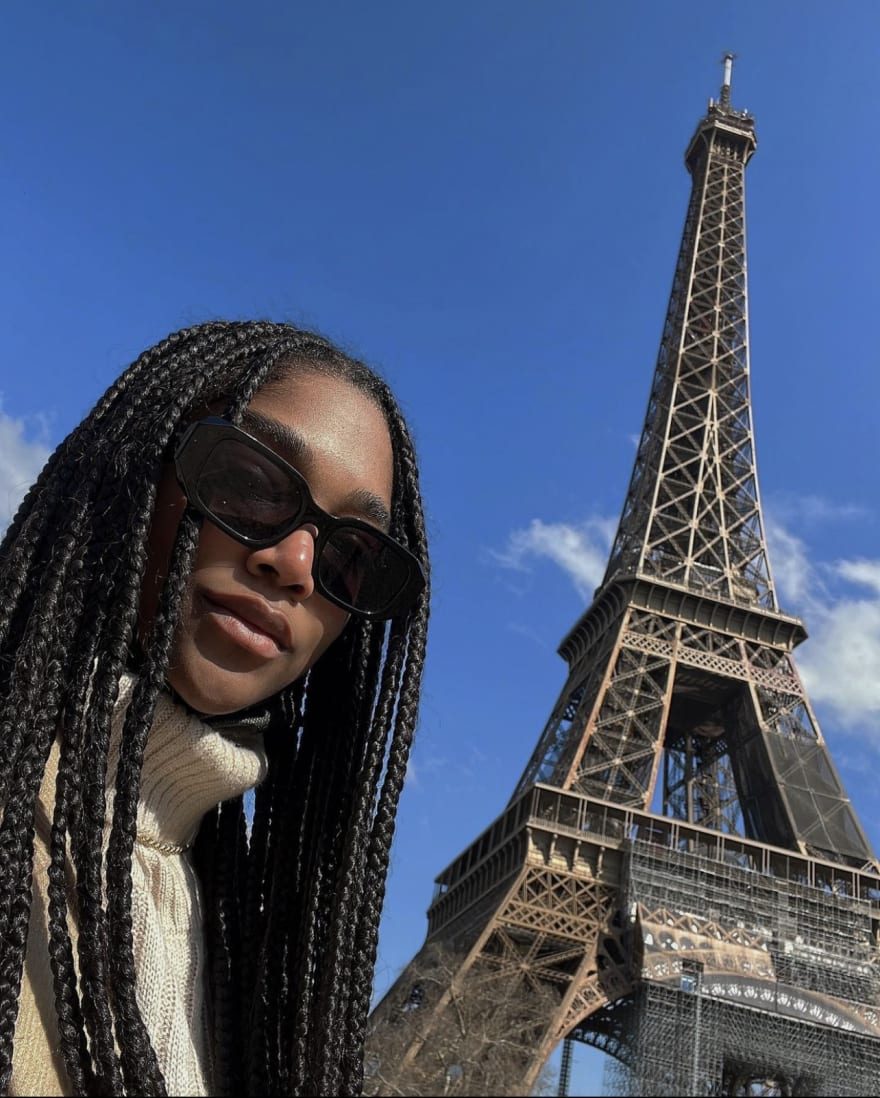 After returning to NYC in March, I announced to my family my complete plans about entering a coding bootcamp and what I wanted to do moving forward.

Although I had told them about my thoughts near the end of 2021, this was the first time I'd really laid out a solid game plan to my parents. They we're totally supportive of me pursuing an alternate career in something that I really had a long standing interest in and wanted to invest in my conviction (I'm forever grateful to them for consistently believing in me and my ability to excel at anything I truly put my mind to). I let them know exactly what school I wanted to enroll in and began the enrollment process for Flatiron School.

Flatiron School's accelerated full immersion software engineering program checked off all the boxes of what I needed. Along with being an extremely well recognized program, they also had many program start dates and there was one that would start soon and end right before the next big fashion week. I ended up applying for and being granted a partial scholarship and was fully accepted into the program after completing the pre-work.

Now here we are, three weeks into the program, one passed coding challenge down, one group project done, and phase one completed. I've had many sleepless nights, and quite a few mental breakdowns along in this short time...

... But I've been in love with the learning process the whole way. 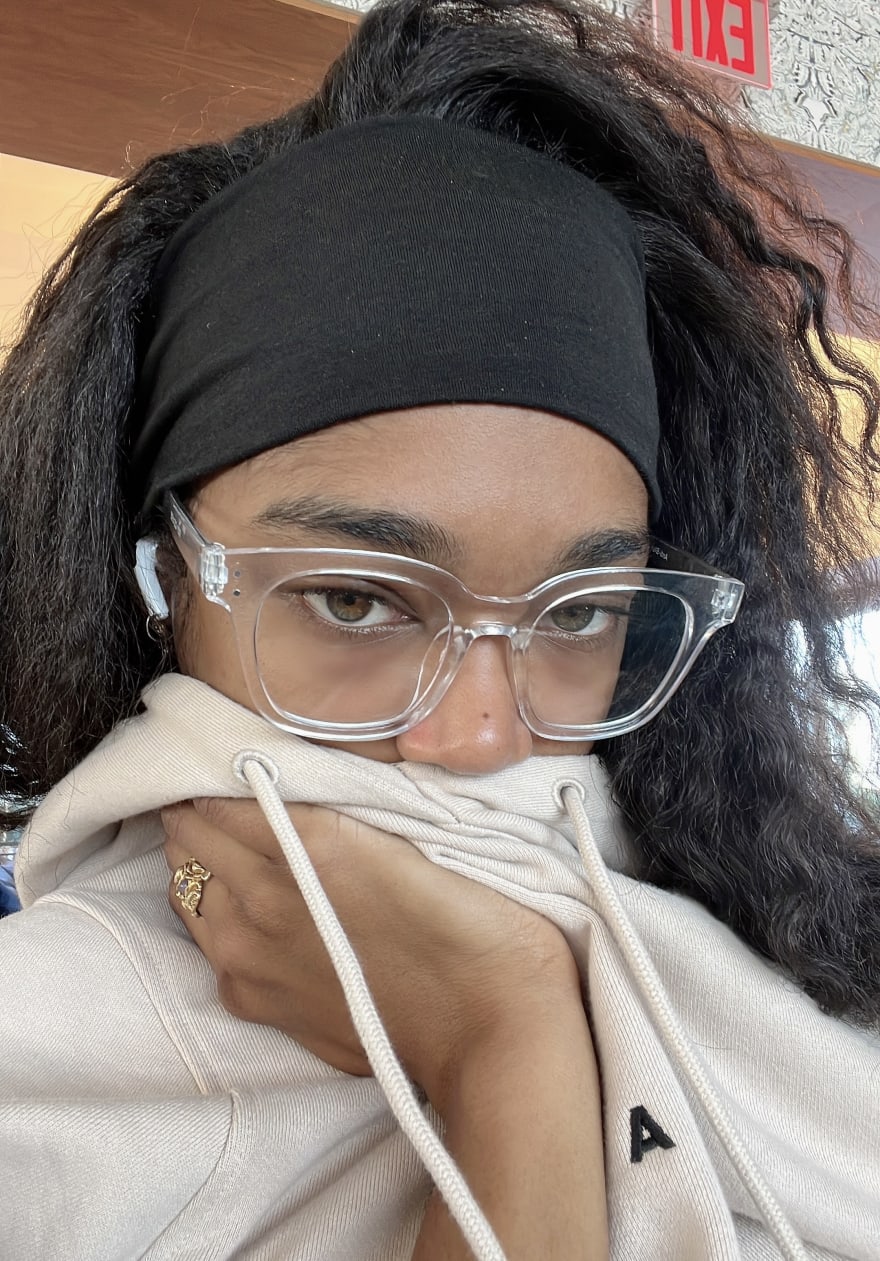 I'm now able to build basic websites using HTML, CSS, and JavaScript and we begin diving deeper into JavaScript along with learning React starting next week. I'm so excited every single day to learn something new and apply my knowledge in labs and projects. I've even gained a newfound love for group projects (I used to abhor them in high school and college), and actually just built a Pokémon Battle Simulator with two other teammates using the PokeApi as a basis for fetch requests.

The dopamine/serotonin I get when the code I've written in a lab passes all the tests, or when I get a web app I've programmed to work the exact way I've envisioned, is the exact same feeling I had when scoring a winning point in a volleyball match or completely shutting down a rival team's front row with blocks. Absolutely indescribable. It's the biggest sign that this is what I'm supposed to be doing and I can't wait to see where this path takes me.

I've also loved the connections I've already made through my classmates, other social media sites like twitter, and how I've been able to grow closer with some of my other friends who either already work in tech or are also in the midst of migrating into tech.

This is the beginning of a journey that's actually a new arc in the longest journey of figuring myself out as a person and I'm wildly anticipating the next installment of the story. I'll be documenting the whole journey on here, micro-blogging and thought-blurbing on twitter, and vlogging on YouTube (don't hold me to that). 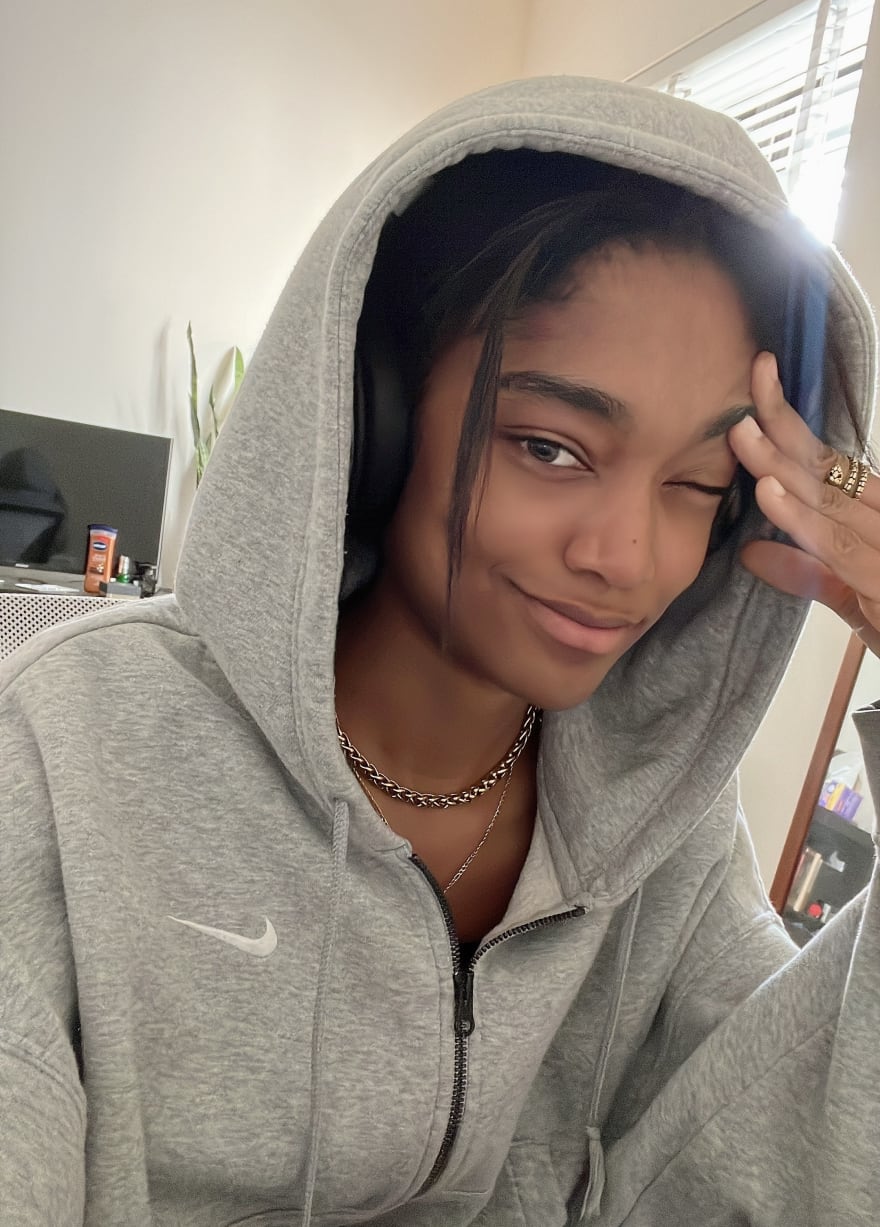 WHEW. If you made it through this whole post, I applaud you and thank you for taking the time to learn about what lead me up to this new saga in my life. Stick around, theres so much more to come!

Why I don't use LinkedIn and Why you should also!

B(ritta)ny
What you need to be prepared for any job interview 🎙
#codenewbie #podcast #career #interview
A11Y 101: What is accessibility
#a11y #beginners #webdev
Docs for Everyone!
#documentation #writing