First thing first, what is TensorFrames?

TensorFlow is an open-source software library for dataflow and differentiable programming across a range of tasks. It is a symbolic math library and is also used for machine learning applications such as neural networks. 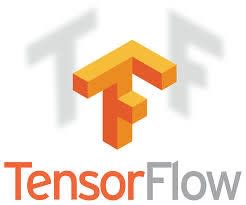 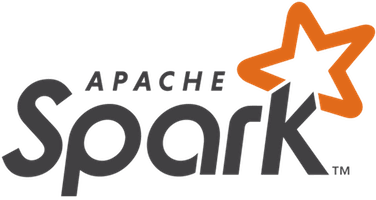 A word about scale

Today when we mention scale, we usually talk about two options; scale horizontally, and scaling vertically.

With TensorFrames, we can do both, more processor computing power, and more machines. Where with only TensorFlow we would usually focus on adding more power through scaling vertically, now with Apache Spark support, we can scale both vertically and horizontally. But, how do we know how much of each we actually need? To answer this question, we need to understand the full usage of our applications and plan accordingly.

For each change, like adding a machine or upgrading from CPU to GPU, we have downtime. In the cloud, resizing a cluster or adding more compute power, is a matter of minutes, versus on-prem where we need to deal with adding new machines and upgrading machines processors, this can take days, and sometimes months.

So, A more flexible solution is the public cloud.

In the picture below, scale horizontally is the X-axis where scale vertically is the Y-axis. 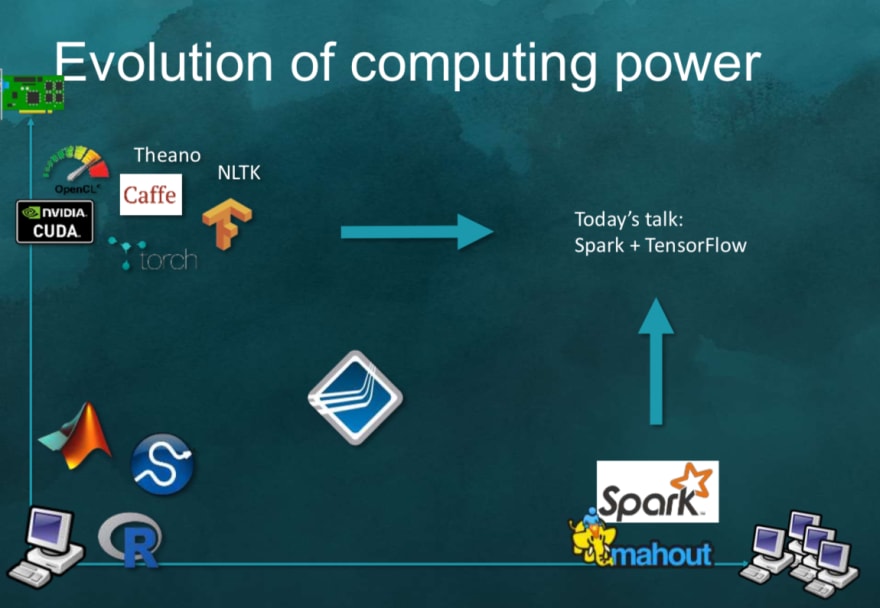 Before jumping to the functions, let’s understand some important TensorFlow vocabulary:

A statically typed multi-dimensional array whose elements are of a generic type.

Graph or Computional Graph is the core concept of TensorFlow to present computation. When we use TensorFlow, we first create our own Computation Graph and pass the Graph to TensorFlow. GraphDf is the serialized version of Graph.

tf.identity is used when we want to explicitly transport tensor between devices (like, from GPU to a CPU). The operation adds nodes to the graph, which makes a copy when the devices of the input and the output are different.

A constant has the following arguments which can be tweaked as required to get the desired function. It the same as a variable, but its value can’t be changed. Constant can be:

Allocate storage for data (such as for image pixel data during a feed). Initial values are not required (but can be set, see tf.placeholder_with_default). Versus variables, where you need to declare the initial value. \

This is a distributed collection of data organized into named columns that provide operations to filter, group, or compute aggregates. Dataframe data is often distributed across multiple machines. It can be in memory data or on disk.

A set of methods for aggregations on a DataFrame, created by groupBy, cube or rollup.

The main method is the agg function, which has multiple variants. This class also contains some first-order statistics such as mean, sum for convenience.

Now that we understand the terminology better, let’s look at the functionality.

Apache Spark is known for being an analytics platform for data at scale, together with TensorFlow, we get TensorFrames which have three categories of data manipulations:

Mapping operations transform and/or adds columns to a given dataframe.

For the user, this is the function that will be more often in use, since there is no direct request to create the GraphDef and ShapeDescription object. This way is more readable for experienced TensorFlow developers:

mapRows receives two parameters, operation, and operation* which means the second operation can be a collection of operations. Later it turns them into a sequence and translates it into a graph, it creates the ShapeDiscription out of the graph and sends it with the DataFrame to an internal function. Where it transforms the distributed data row by row according to the transformations given in the graph. All input in the graph should be filled with some data from the given DataFrame or constants. Meaning, we can’t use null. At the end the function returns a new DataFrame with the new schema, the schema will contain the original schema plus new columns that correspond to the graph output. ShapeDiscription provides the shape of the output, it is used, behain the sceans, for optimization and going around limitations of the kernel.

Performs a similar task as MapRows, however, since it is optimized for compact, it applies the graph transformers in blocks of data and not row by row.

The often more used function is:

Code example: We create val df, which is of type DataFrame, with two rows, one contains value 1.0 and the second data row contain value 2.0. The column name is x.

val x is a declaration of the placeholder for the output, y is the identity for transporting tensors from CPU to GPU or from machine to machine, it received val x as it's value.

z is the computation function itself. Here, df.MapBlock functions gets two operations, y and z, and retunes a new DataFrame named df2 with extra column z. Column z is the sum of x+x. In the output, column x is the original value, column y is the identity value and column z is the output of the graph.

This is the same as MapBlock , BUT, it drops the original DataFrame columns from the result DataFrame. Meaning the output DataFrame will contain only the calculated columns.

Code example: we create a DataFrame named df with two rows with values 3.0 and 4.0 . Notice that we create a constant named out with value 1.0 and 2.0,this constant is the TensorFrame dsl functionality that mimics the TensorFlow functionality. Then we call df.MapBlocksTrimmed. The output schema will only contain the result column, which is named “out” and in our case will only hold the constant values which are 1.0 and 2.0 .

Important Note  in the first line of code we import TesnorFrames dsl and we name it to tf, which stands for TensorFlow, we do it since this is how TesnorFlow users used to work with it and we are adhering to the best practices of TensorFlow.

Reduction operations coalesce a pair or a collection of rows and transform them into a single row, it repeats the same operation until there is one row left. Under the hood, TensorFrames minimizes the data transfer between computers by reducing all the rows on each computer first and then sending the remainder over the network to perform the last reductions.

The transforms function must be classified as morphism: the order in which they are done should not matter. In mathematical terms, given some function f and some function inputs a, b, c, the following must hold:

The reduce functionality API, same as the rest, we have 2 API for each functionality, the one which receives Operation is more intuitive, however, in TensorFlow there is no direct reduce rows operation, instead, there are many reduce operations like tf.math.reduce_sum and tf.reduce_sum .

This functionality uses TensorFlow operations to merge two rows together until there is one row left. It receive the datafram, graph and a ShapeDescription.

In the next code example. We create a DataFrame with a column named in and two rows. x1 and x2 placeholder for dtype and x- which is an add operation of x1 and x2. reduceRows, return a Row with value 3 which is the sum of 1.0 and 2.0.

Works the same as ReduceRows , BUT, it does it on a vector of rows and not row by row.

Code example: Here we create a DataFrame with two columns — key2 and x. One placeholder names x1, one reduce_sum TensorFlow operation named x. The reduce functionality return the sum of the rows in the DataFrame according to the desired columns that the reduce_sum named after which is x.

Aggregation is an extra operation for Apache Spark and TensorFlow. It is different from the aggregation functionality in TensorFlow and works with RelationalGroupedDataset. API functionality:

Aggregate receives a RelationalGroupedDataset which is an Apache Spark object, it wraps DataFrame and adds aggregation functionality, a sequence of expressions and a group type.

The aggregate function receives the graph and ShareDescriptiom. It aggregates rows together using reducing transformation on grouped data. This is useful when data is already grouped by key. At the moment, only numerical data is supported.

Code example: In the example, we have a DataFrame with two columns, key, and x. x1 as a placeholder and x as the reduce_sum functionality named x.

In all TensorFrames functionality, the DataFrame is sent together with the computations graph. The DataFrame represents the distributed data, meaning in every machine there is a chunck of the data that will go through the graph operations/ transformations.This will happen in every machine with the relevant data. Tungsten binary format is the actual binary in-memory data that goes through the transformation, first to Apache Spark Java object and from there it is sent to TensorFlow Jave API for graph calculations. This all happens in the Spark Worker process, the Spark worker process can spin many tasks which mean various calculation at the same time over the in-memory data. 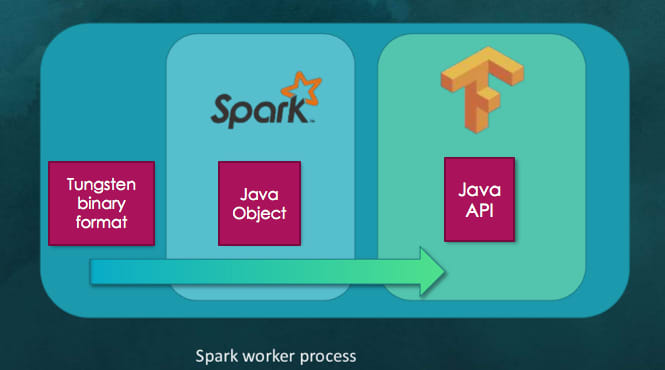 Now that you are an expert on TensorFrames, how will you take it forward?