Subscribe to a monthly newsletter with many articles, docs, events events, and find opportunities to connect with other developers online and locally.

Jekyll is a very popular way to host a static site on GitHub and posting new content is a simple as creating a markdown file and then committing it to the relative repo. GitHub takes care of the rest.

This seemed like a great way for me to get started on a blog for some content that was being stored in a CMS. The view we are interested in is updated once a week and is accessible via .NET Standard API.

There are a few options for making this happen. I could write a console application and execute it once a week to produce the file, then run through the git commands myself. Why would I do that?

What are we doing

Every Monday a new post must be created for the blog. instead of running the process manually using

I wanted to completely automate the process. Using Docker, Logic Apps, and Azure Container Instances (ACI); managing the when to "start, stop and clean up" was pretty easy. However, there isn't a full GitHub connector in Logic Apps for performing the commands in git. So, I added git to my container and a startup.sh script to get this done.

Details, how was it done?

We will use the following components to build our Jekyll "autoblogger".

Let's start with the container. It looks like an atypical .NET Core 2.2 image with the exception that git-core is installed in the final image.

The startup.sh file is where the magic happens. When the container starts, we first configure git to use the deployment key stored as an environment variable ($token), clone the source repo into our working directory and re-init the repo (might be a bug only works if we do this).

Last, set the git user/email for any commits and then start the .NET Core console app.

The console application running inside of the container which creates the formatted markdown page, git commits and pushes to the repo.

Here is the Main() paraphrased code.

The Creator class produces the file and once complete, we execute the git commands to push the newly created file the repo.

Azure Logic Apps enables the creation of powerful business workflows by integrating connectors for various services into a single graphical interface. With the connector for Azure Container Instances, you can run containerized applications as part of your Logic Apps workflow.

In this case, we need to run the process every Monday at a set time to start the container process. 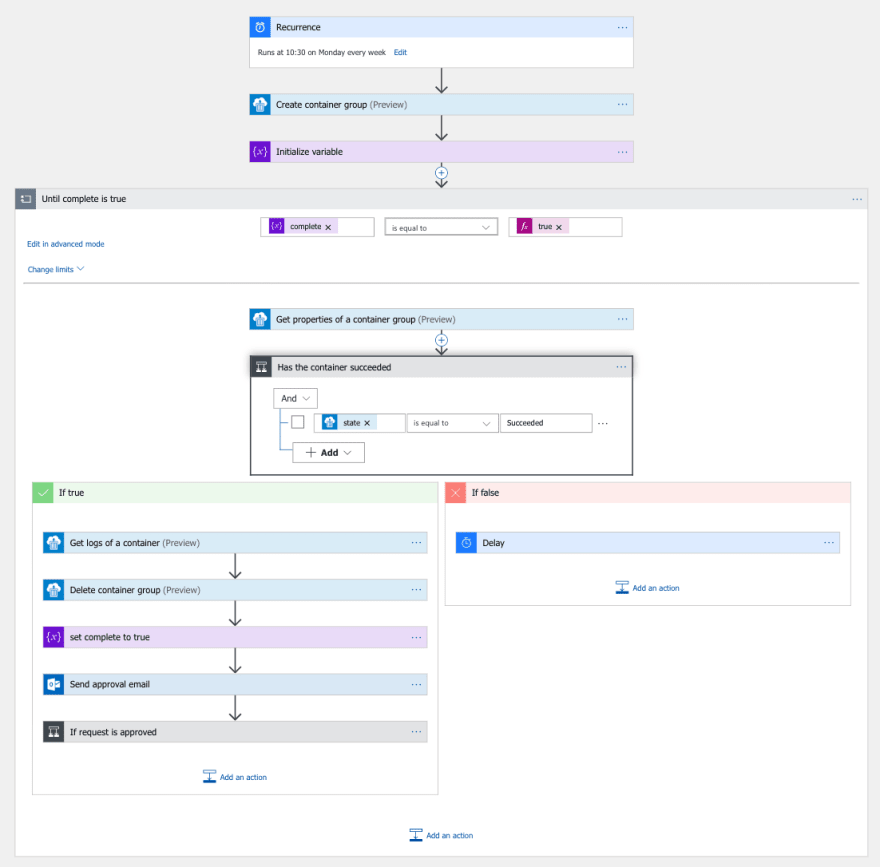 The container image is built and stored in my private Azure Container Registry and is easily configured in the "Create container group" connector. 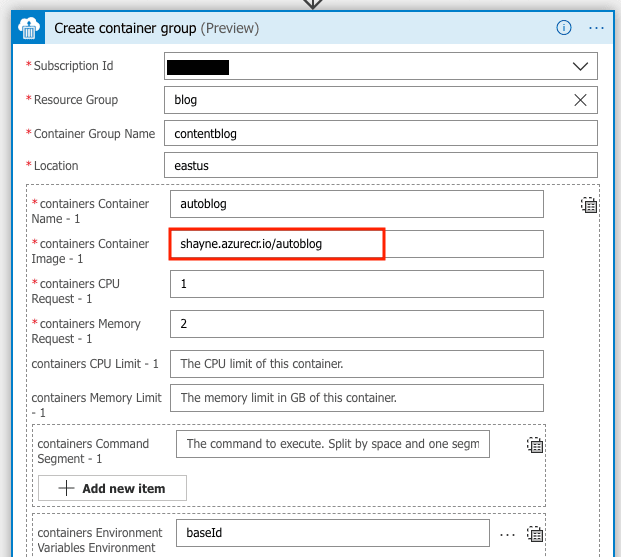 The needed ENVIRONMENT variables can be configured here as well. Another option is to use the Azure Key Vault Connector to share and secure secret keys across apps. 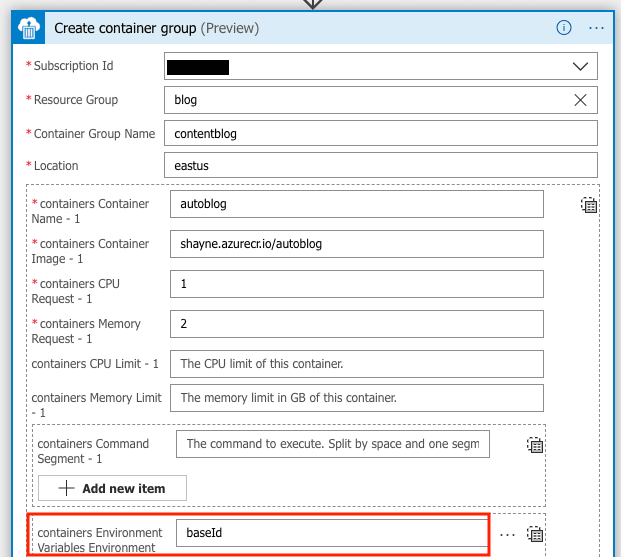 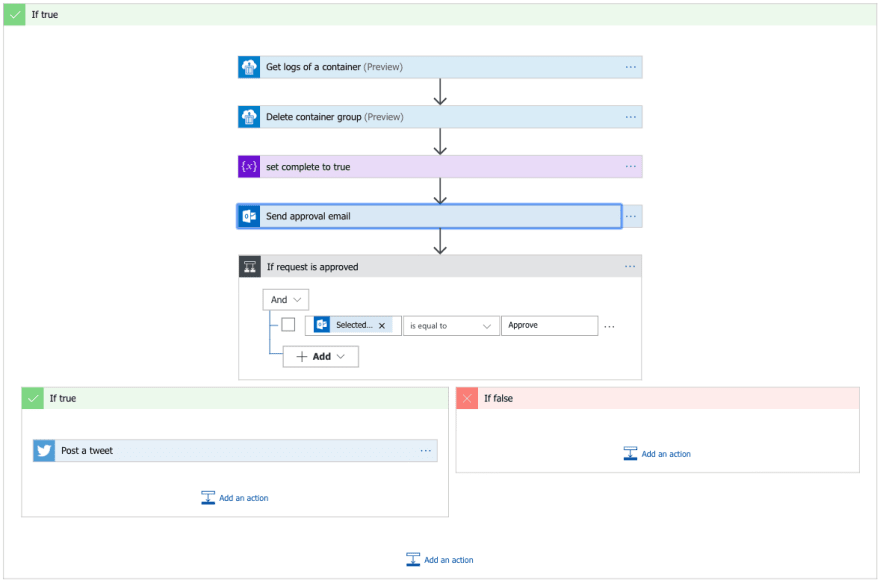 Azure Logic Apps is a fun productive way to build process flows and in this case, I was able to produce content using a code, containers and approval process without having any manual steps.

Build a Text Summarization App in React with ChatGPT

GitHub repositories for developers everyone should know🤩🚀

Libraries to consider when using React in 2023 for production applications.

Once unpublished, this post will become invisible to the public and only accessible to Shayne Boyer.