Github is a web-based Git repository hosting service that primarily offers distributed version control and source code management functionality of git. It was developed by Chris and Tom, When they started working on GitHub in late 2007, Git was largely unknown as a version control system.

Every developer always finds GitHub confusing at first, but don’t be frightened, these few steps will help you push an existing repository to GitHub.

Before we go on, I’m just going to assume you’ve already installed Git on your desktop and have a GitHub profile.

I’m going to introduce you to some keywords/terminologies that are common when talking about git:

Command-Line: This is a computer-based program. It is a text interface for your computer. It's a program that receives commands which it passes on to the computer's operating system to run. This is where we input Git commands. On a Mac or Linux machine, It’s called Terminal, while on Windows, It’s called Command Prompt.

Repository: Also called “repo” for short, repository is a storage location for software packages, a directory or storage space where your projects can “live.” It could be local on your desktop or on your Github space. It can also contain different contents like text, images, videos and so on.

Commit: This is the command that gives Git its power. When you commit, you are taking a “snapshot” of your repository at that point in time, giving you a checkpoint to which you can reevaluate or restore your project to any previous state.

Git init: The git init command creates a new Git repository or reinitializes an existing one in your project’s directory. This is very important because other Git commands are not available outside of an initialized repository, so this is usually the first command you'll run in a new project.

So enough with all the theories, time to get practical.

Create a repo by clicking on the “New” button on the GitHub home.

Name your repo. You can add a read-me file later, but you can’t do that right now because we are pushing an existing project to GitHub, You’ll have to do that locally. 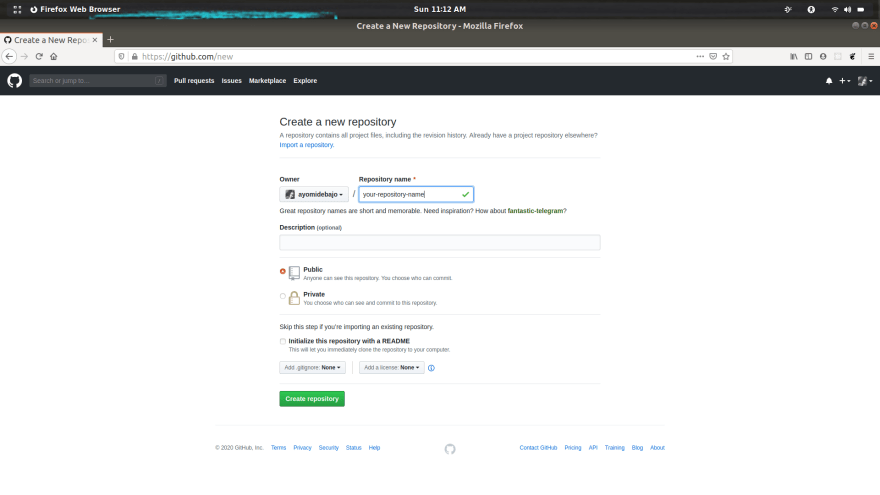 Copy the URL of your repo 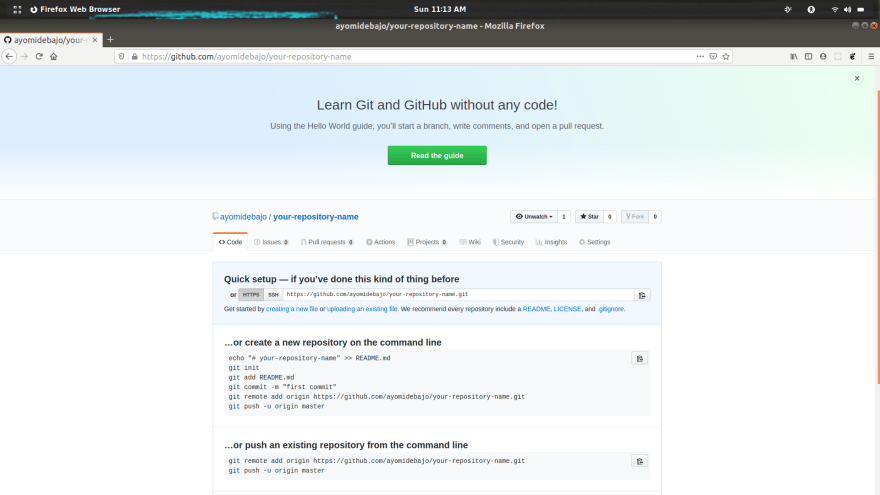 Make sure you copy the URL, not the SSH key (This can only work when you’ve created an SSH key from your desktop).

On your command line or terminal, type in git init.

Type in: git remote add origin (followed by THE URL YOU COPIED)

Type in: git add . or git add -a to add all your files for commit, the dot(.) represents all, and it performs the same action as using the -a flag. 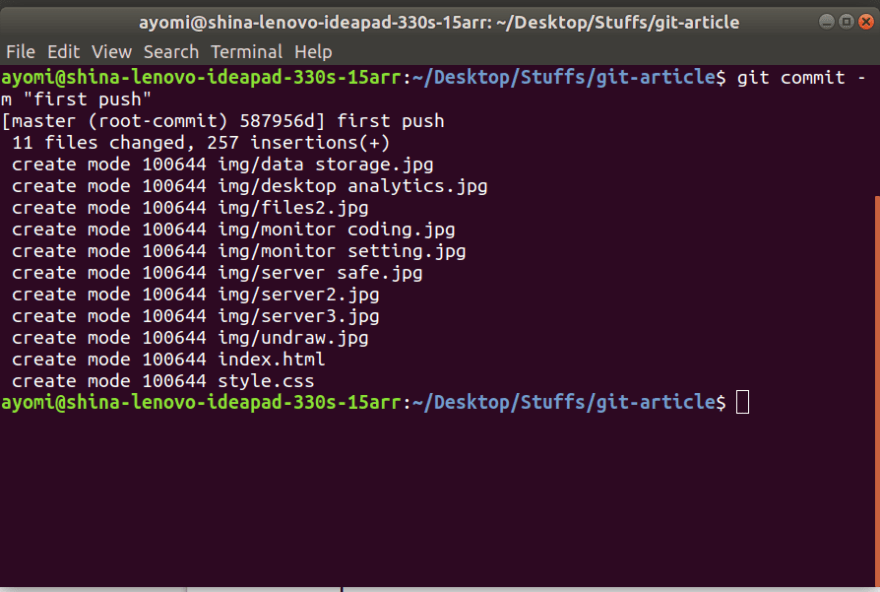 Push your hard work for the world to see. Type in: git push origin master. to push your work to GitHub. 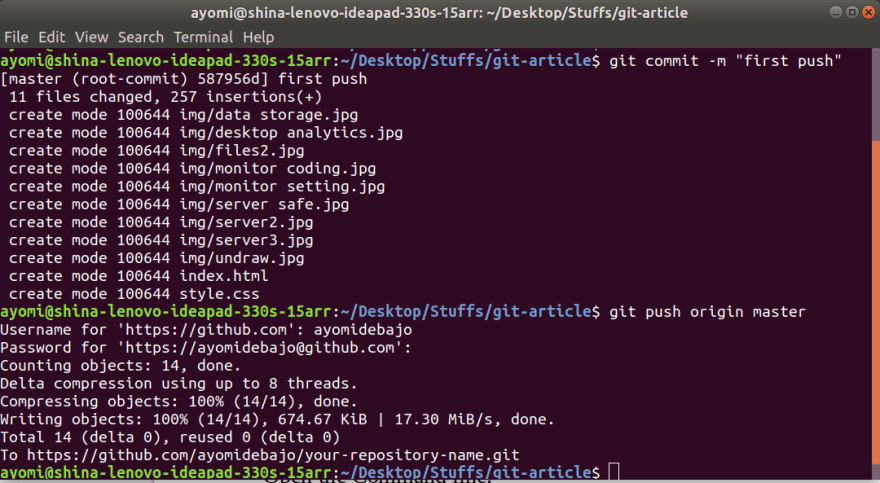 So, there you have it, people. It’s pretty easy, Just know the basic commands and you are ready to rock.

Thanks for reading. If you have suggestions and or additions, please leave a comment. Or, if you’d like to chat about programming or tech-related stuff, slide into my Dm on twitter @ayomide_bajo. Have a great day!

All about blockchain technology.

Once suspended, ayomide_bajo will not be able to comment or publish posts until their suspension is removed.

Once unsuspended, ayomide_bajo will be able to comment and publish posts again.

Once unpublished, all posts by ayomide_bajo will become hidden and only accessible to themselves.

If ayomide_bajo is not suspended, they can still re-publish their posts from their dashboard.

Once unpublished, this post will become invisible to the public and only accessible to Ay oh.

Thanks for keeping DEV Community 👩‍💻👨‍💻 safe. Here is what you can do to flag ayomide_bajo:

Unflagging ayomide_bajo will restore default visibility to their posts.