This is a quick tip I've learned from Nathan Glover's CDK Debugging in VSCode blogpost and I'd like to share it further because it may be useful to some of you.

VSCode comes with a built-in debugger which comes in handy whenever you get an unexpected behaviour in your code and you'd like to dig in. Since CDK allows us to use a general purpose programming language (e.g. TypeScript), this VSCode feature can be useful for infrastructure code as well.

Suppose you have a stack like this (taken from my Build a file upload email subscription with CDK, S3 and SNS) post and you'd like to debug what exactly is the value of emailAddress on line 20 (spoiler: it's not a string).

To do that, first create a .vscode/launch.json file with the following content:

(Make sure to replace the bin/vscode-debug.ts path with whatever is the main entry of your CDK stack).

This is going to enable a CDK Debugger VSCode debug configuration: 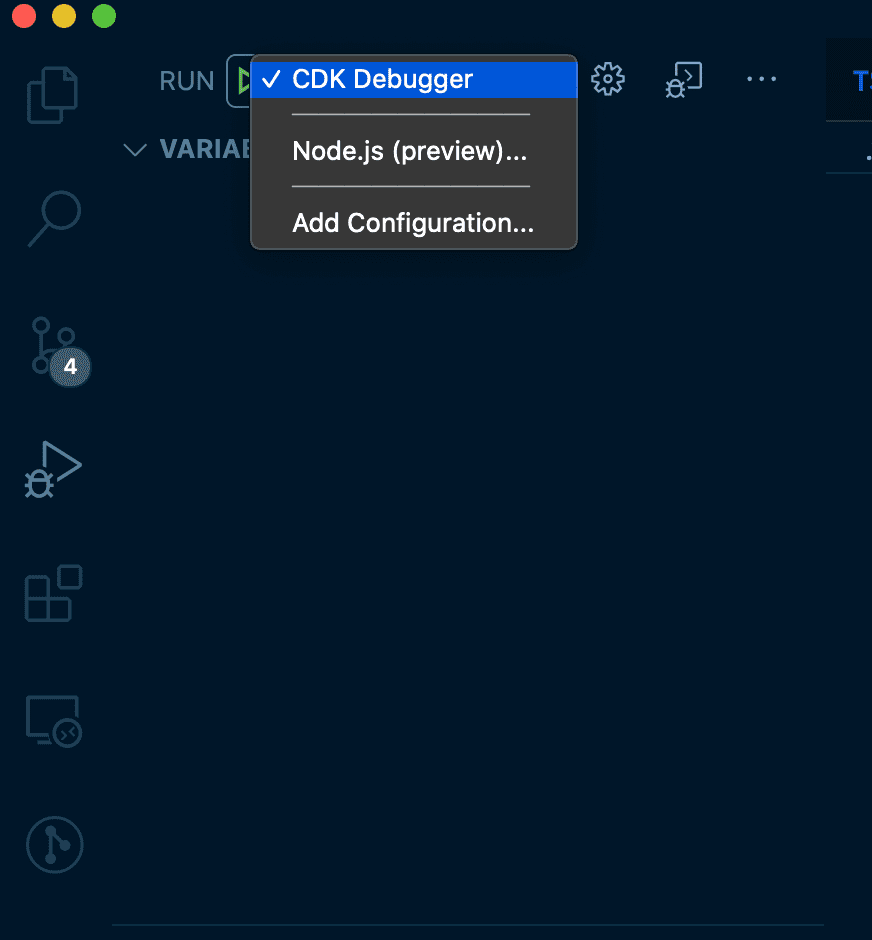 Once it's enabled, enable a breakpoint on the line you wish to debug by clicking on the left of the line number:

Everything is ready now, you're free to start the debugger by clicking on the green arrow in the debug panel:

And voila! We're able to debug our CDK stack code without leaving our editor and adding lots of debug console.log statements (like every developer does, don't lie): 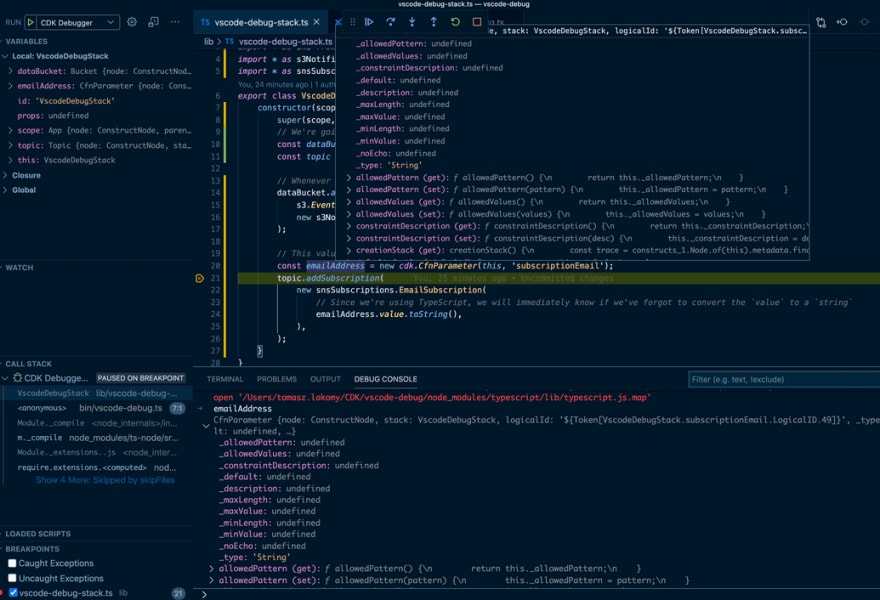 Notice that it's possible to either take a peek at what's inside of emailAddress variable by either hovering over it or by using the VSCode built-in debug console.

I cannot destroy resources from my terraform