Architecture
You can implement this in different cross accounts as shown in below architecture. 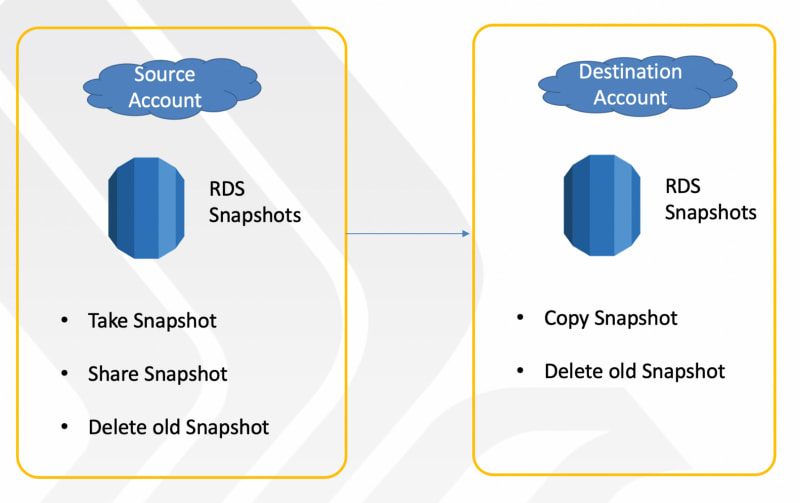 Next, to restore your retained automated backup to a point in time, using the RDS API, call the RestoreDBInstanceToPointInTime action with the following parameters:

Automate the implementation of Snapshot Tool for RDS in python by creating manual snapshots, copying them into a different account and a different region and deleting them after a specified number of days (Refer to the architecture diagram above). It also allows you to specify the backup schedule (at what times and how often) and a retention period in days.

Once unpublished, this post will become invisible to the public and only accessible to Arun Kumar.