What is Sentence Embedding? 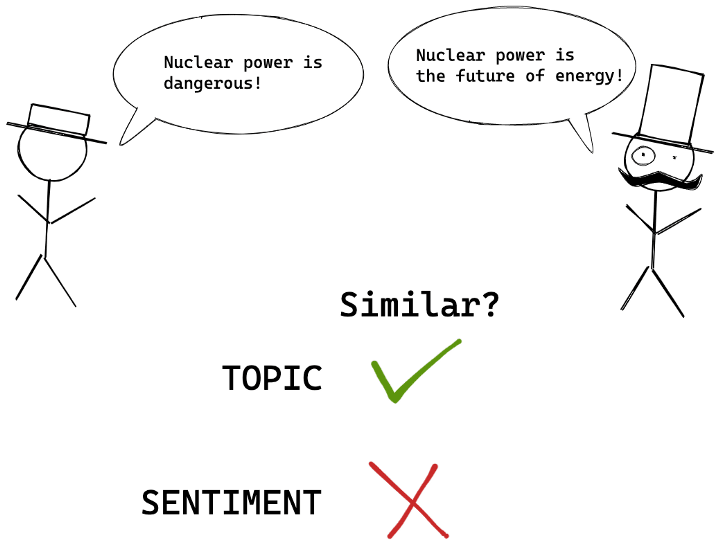 What is Transformer and BERT?

BART is a denoising autoencoder for pretraining sequence-to-sequence models. It is trained by (1) corrupting text with an arbitrary noising function, and (2) learning a model to reconstruct the original text. It uses a standard Transformer-based neural machine translation architecture. It uses a standard seq2seq/NMT architecture with a bidirectional encoder (like BERT) and a left-to-right decoder (like GPT). This means the encoder's attention mask is fully visible, like BERT, and the decoder's attention mask is causal, like GPT2. 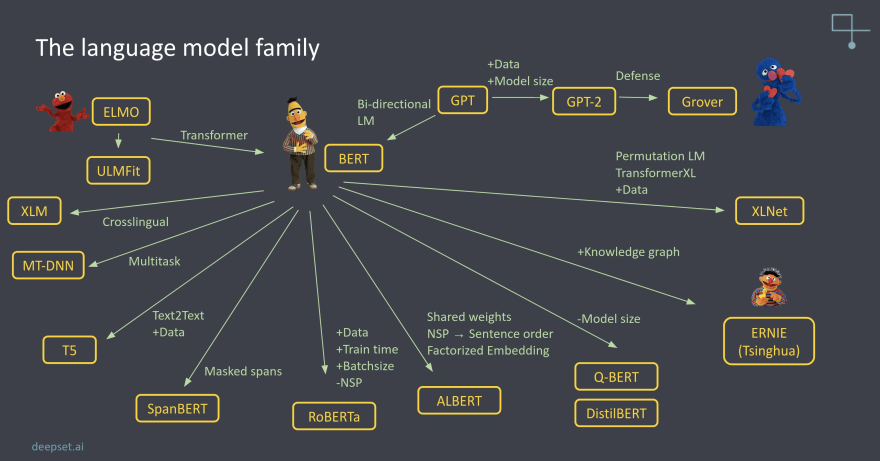 While BERT was trained by using a simple token masking technique, BART empowers the BERT encoder by using more challenging kinds of masking mechanisms in its pre-training. Once we get the token and sentence-level representation of an input text sequence, a decoder needs to interpret these to map with the output target. 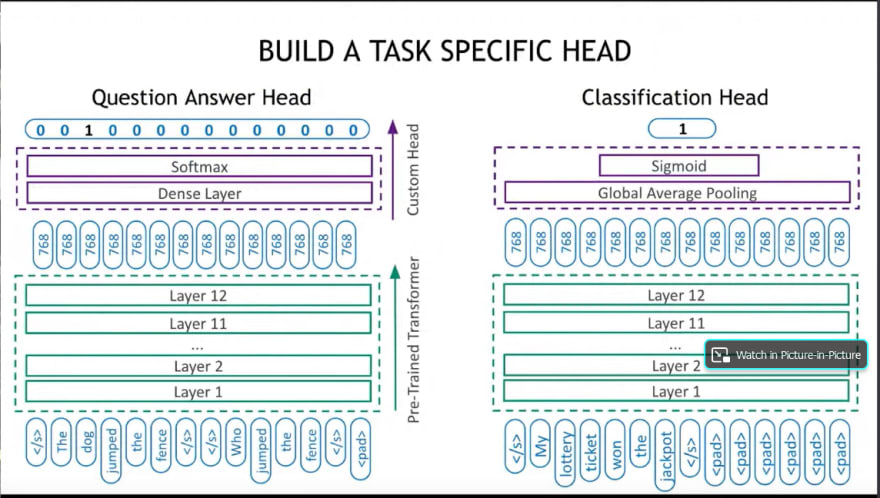 Regular transformers produce sentence embeddings by performing some pooling operation such as the element-wise arithmetic mean on its token-level embeddings. A good pooling choice for BERT is CLS pooling. BERT has a special <CLS> token that is supposed to capture all the sequence information. It gets tuned on next-sentence prediction (NSP) during pre-training.

Before sentence transformers, the approach to calculating accurate sentence similarity with BERT was to use a cross-encoder structure. This meant that we would pass two sentences to BERT, add a classification head to the top of BERT — and use this to output a similarity score. 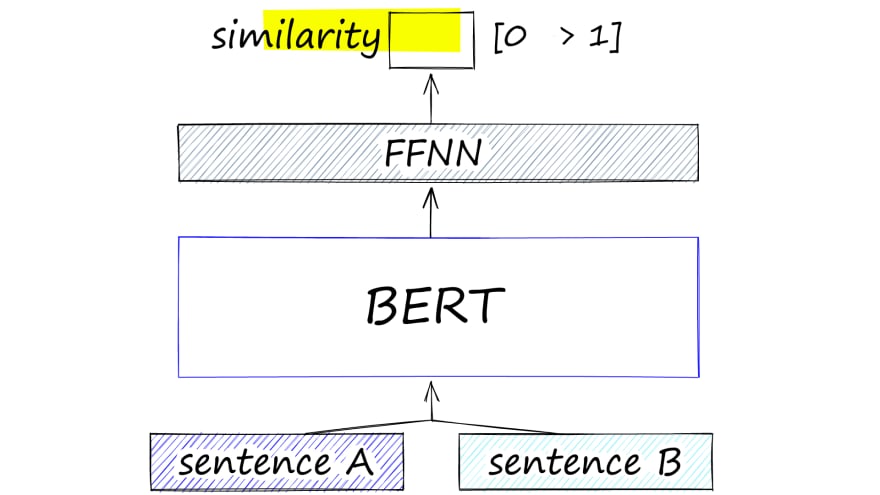 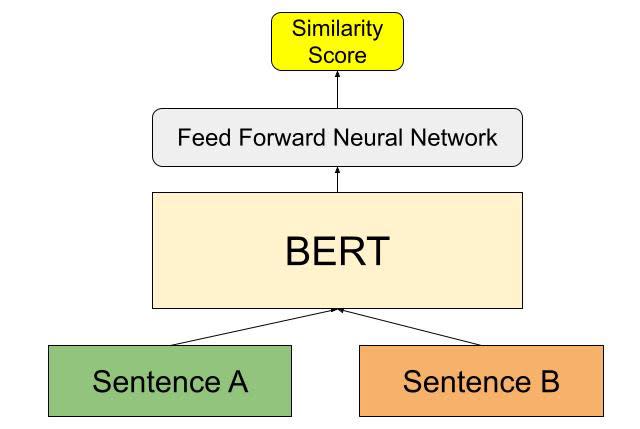 SentenceTransformers is a Python framework for state-of-the-art sentence, text, and image embeddings. Embeddings can be computed for 100+ languages and they can be easily used for common tasks like semantic text similarity, semantic search, and paraphrase mining.

The solution of the above lack of an accurate model with reasonable latency was designed by Nils Reimers and Iryna Gurevych in 2019 with the introduction of sentence-BERT (SBERT) and the sentence-transformers library.

SBERT produces sentence embeddings — so we do not need to perform a whole inference computation for every sentence-pair comparison.

SBERT is fine-tuned on sentence pairs using a siamese architecture. We can think of this as having two identical BERTs in parallel that share the exact same network weights. 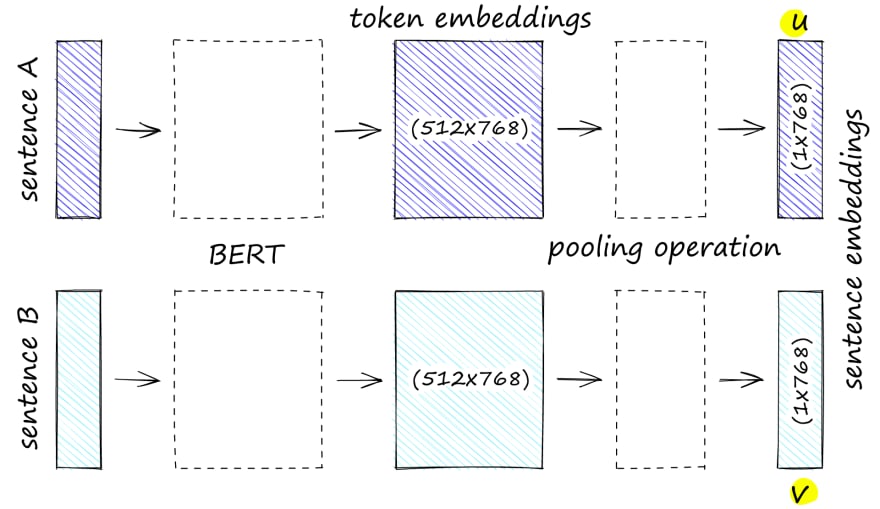 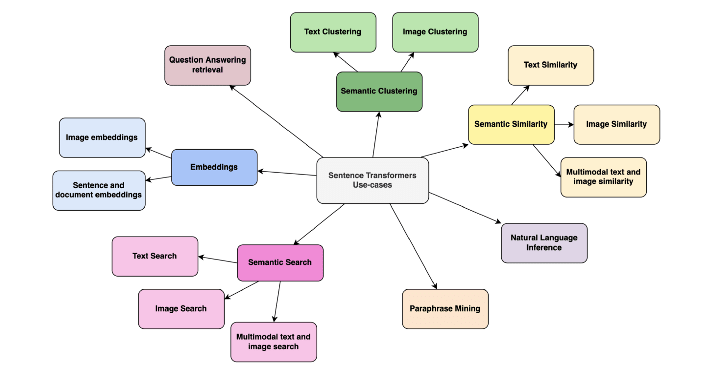 SBERT uses a siamese architecture where it contains 2 BERT architectures that are essentially identical and share the same weights, and SBERT processes 2 sentences as pairs during training.

The training process of sentence transformers is especially designed with semantic similarity in mind. 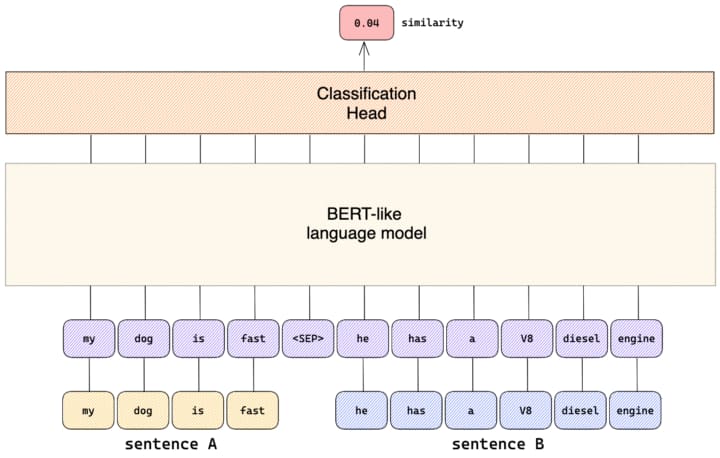 A cross-encoder is thus trained by sentence-pairs along with a ground-truth label of how semantically similar they are. 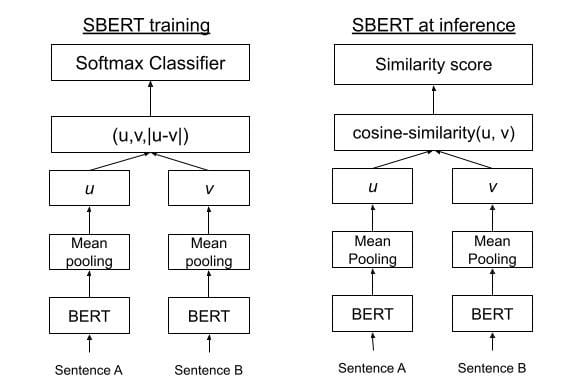 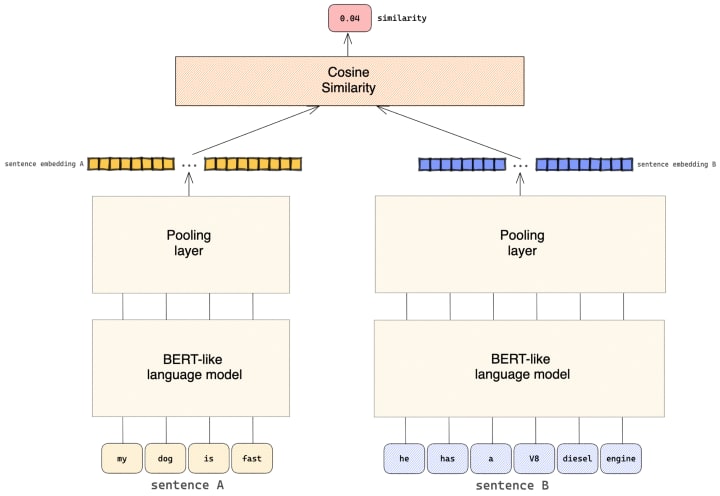 How can you use SBERT for sagemaker endpoint?

BERT has its own Python library. Using it is as simple as using a model from the hugging face transformer library. Here, we have used multi-qa-MiniLM-L6-cos-v1 model for sentence similarity.

Here, I have shown how we can deploy this model as our sagemaker serverless endpoint.

Here, I have created a lambda_handler function where the above endpoint is being called for similarity prediction.

The sample output is as shown below...

I have shared below our lambda code and terraform code for deployment.

I have used terraform to deploy the lambda function and the endpoint is being defined here as environment variable.

Once unpublished, this post will become invisible to the public and only accessible to Amit Kayal.