AWS cloud provides various services to build serverless applications on their platform. There are compute services like AWS Lambda and AWS Fargate, while there are other integration services which binds various compute services, like AWS Step Functions, Amazon API Gateway, etc.

In this article, we are going to explore AWS Step Functions.

The official definition of AWS Step function is as follows:

Step Functions is a serverless orchestration service that lets you combine AWS Lambda functions and other AWS services to build business-critical applications. Through Step Functions' graphical console, you see your application’s workflow as a series of event-driven steps.

One of the most important characteristics of Step functions is that it uses Finite State Machines (FSM) model. The state machines does a simple job of using the states and functions to perform the tasks it is assigned to complete. The use of state machines guarantees the fact of not having the issue of infinite loops, which is itself a costly operation.

The two most important keywords are States and Transitions. A machines gets defined by its states and the relationships between them, known as transitions.
Adding of more states increases the complexity of the FSM. The state machines are defined using the JSON-based Amazon States Language.

When to use Step Functions

The service improves application resiliency in a multitude of ways. For example, developers can implement checkpoints and restarts to ensure application tasks execute in order and as expected. They can use built-in try/catch capabilities to deal with errors and exceptions automatically. And they can even set their own retry handling parameters around backoff rates, max attempts, and error equals.

Furthermore, AWS Step Functions integrates seamlessly with other AWS services. Developers can set it to run in parallel with other tasks, hold for external workflows, or wait for other internal jobs to finish. Users can incorporate machine learning programs into their applications with AWS SageMaker, batch computing capabilities with AWS Batch, serverless ETL through AWS Glue, and much more. 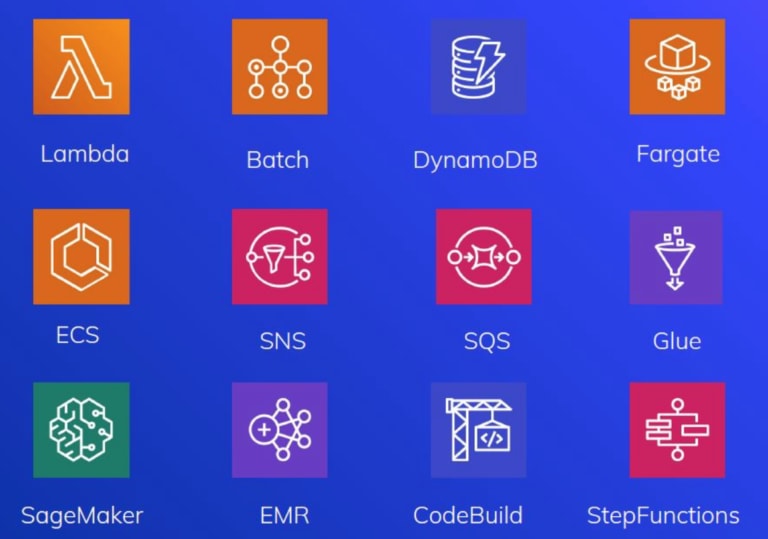 Step Functions are also beneficial for long-running or delayed workflows. It allows you to have a workflow for up to a year while also implementing the waiting state.

There are 8 types of states:

Every time a step of your workflow is completed, Step Functions counts a state transition. All of your state machines' combined state transitions, including retries, are counted when calculating your fee.

Economies of scale in the cloud

Once unpublished, this post will become invisible to the public and only accessible to Avik Kundu.