At the end it contains link to a GitHub repository, along with my another blog on encryption and decryption.

To search for a specific element, we will look at just a specific position. The element will be found there if it was kept there in the first place. Hence, to place an element, we will first calculate its location, place it there so that it can be retrieved from that position.

In hashing, the address or location of an identifier X is obtained by using some function f(X) which gives the address of X in a table. 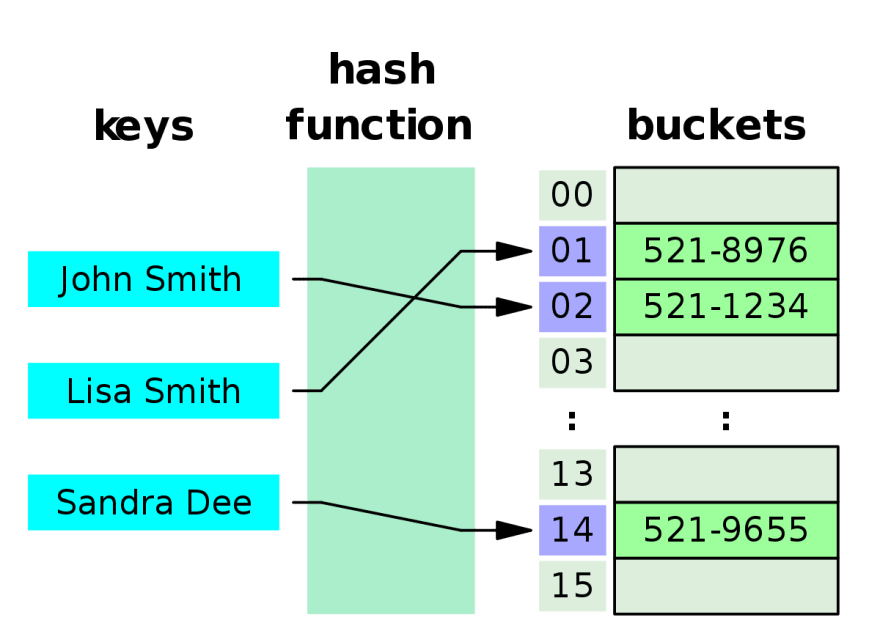 For an example, Let us consider a hash table with b= 26 buckets (from 1 to 26) each having 2 slots, i.e. s = 2.  Assume that there are 10 distinct identifiers each beginning with a letter. 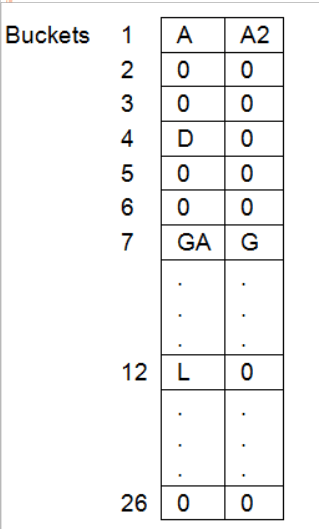 Desirable Characteristics of a Hashing Function

This is a very widely used function in symbol table applications. It is the “middle of square” function, which is computed by squaring the identifiers and using an appropriate number of bits from the middle to obtain the bucket address.

The modulus operator can be used as a hash function.  The identifier X is divided by some number M and the remainder is used as the hash address of X.

The best choice for M is that it should be a prime number.

In this method, the identifier X is partitioned into several parts all of the same length except the last. These parts are added to obtain the hash address.

Addition is done in two ways.

1.Shift Folding: All parts except the last are shifted so that their least significant bits correspond to each other.

For example, the hash function could form groups of three from the key 12320324111220. To determine the index to which the key is mapped the hash function “shifts” each set of digits under the other and adds them

2.Folding on the boundaries: The identifier is folded at the part boundaries and the bits falling together are added.

Group the digits in the search key as in shift folding but the middle numbers are folded on the boundary between the first group and the middle group and they are thus reversed.

In an open addressing hashing system, if a collision occurs, alternative locations are tried until an empty location is found. Three techniques are commonly used for open addressing. 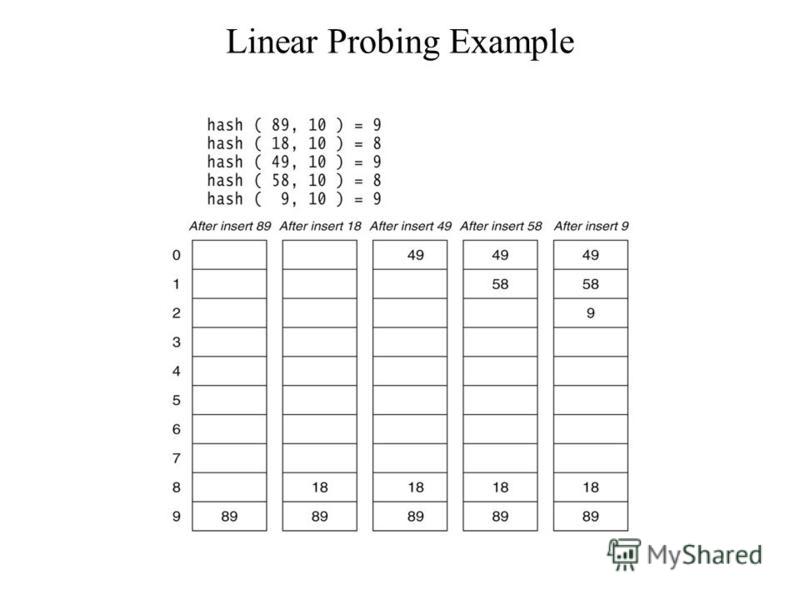 In Quadratic Probing a quadratic function of i is used as the increment. when the identifier is not found in its bucket , we search in successive buckets using an increment i.

The hash function is quadratic: this method checks the buckets number computed using a quadratic equation.  This ensures that the identifiers are fairly spread out in the table. 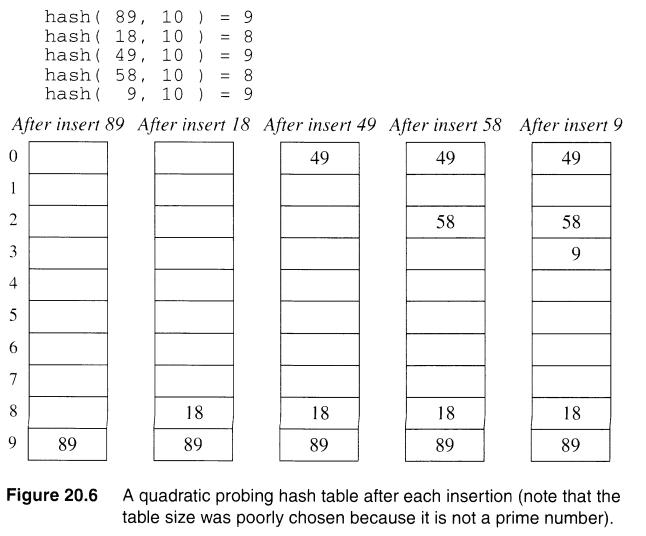 In this method, if an overflow occurs, a new address is computed by using another hash function. 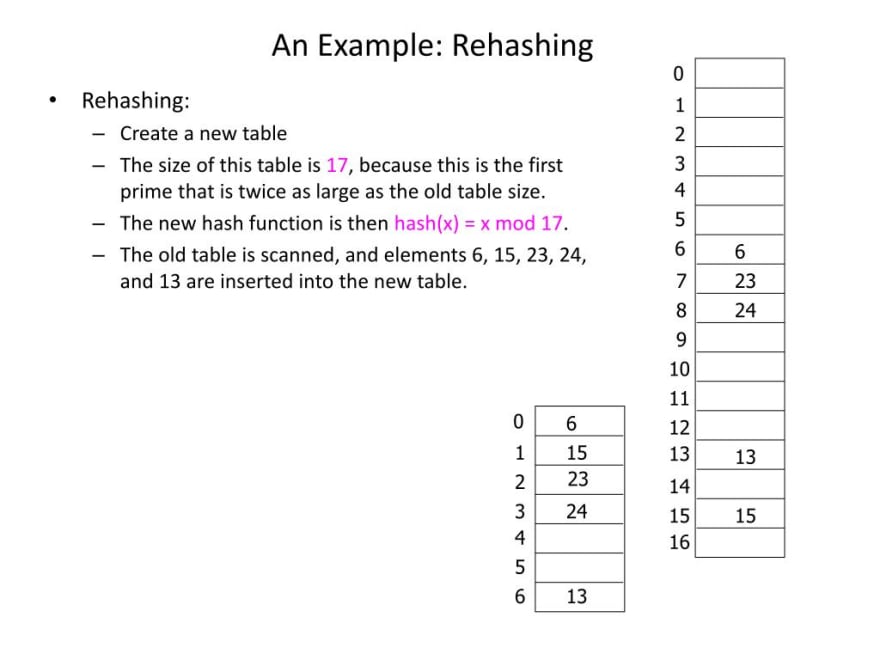 The hash address of an identifier X is computed.

This is an improvement over the above method. As we saw above, even non synonyms get chained. To avoid this from happening, if we find that another identifier Y which is a non-synonym, is occupying the position of an identifier X, X replaces Y and then Y is relocated to a new position. 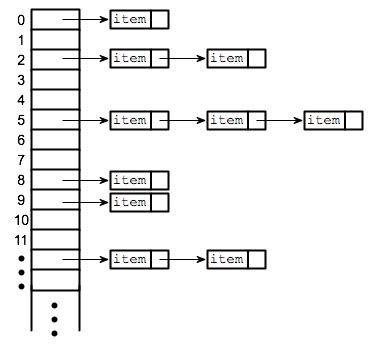 All of the above methods suffer from a variety of problems.

Obviously the best method would be to have unlimited amount of space for each bucket so that we could put in as many identifiers as we want without any overflow taking place.

For more information on hashing,

In Praise of the Trackball (and why you should use one)

AWS Community Builders
What was your win this week?
#discuss #weeklyretro
What's the best dev joke or pun you know? 😂
#discuss #watercooler #jokes
What courses do you recommend for blockchain development?
#help #discuss #blockchain #watercooler