At the end it contains link to a GitHub repository, along with my another blog on different approaches to algorithms.

Data Structure is a way of collecting and organizing data ,such that we can optimize our code . 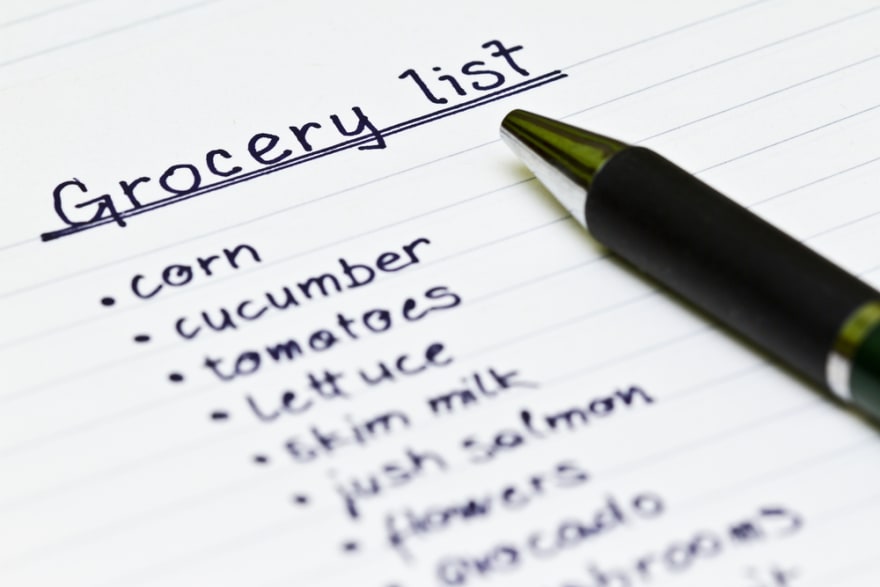 There are two mechanism for storing data on your computer: 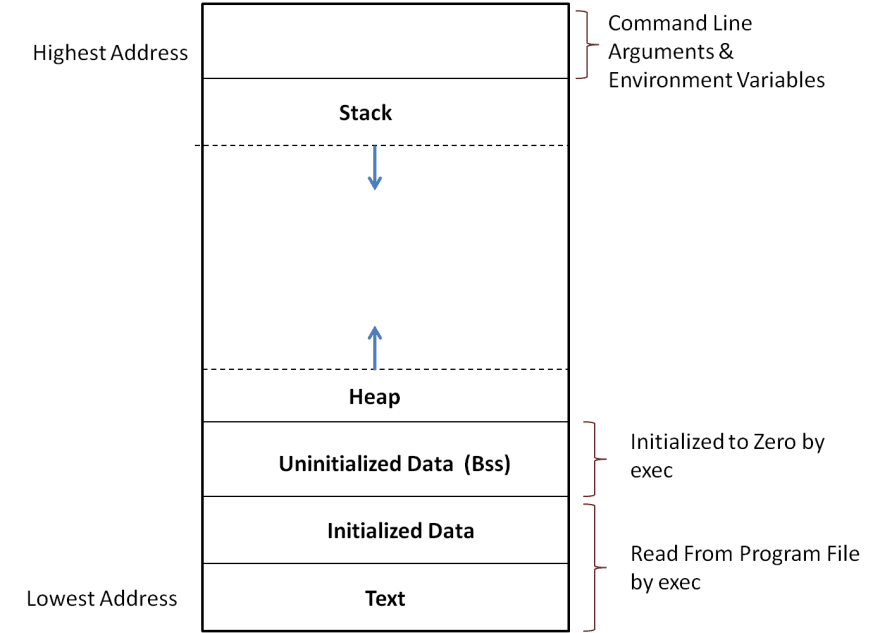 Q.How are variables stored in memory ?

It is a collection of same data types stored in a data structure of fixed size.

Memory is allocated immediately after the array is created and it’s empty until you assign the values. Their elements are located in contiguous locations in memory,

It's an array with dynamically allocated space, every time you exceed this space new place in memory is allocated and old array is copied to the new one. Old one is freed then.

When you define the size of the vector, for example 5. Now, when the array is full and you try to add a new element, the vector will double it's size and allocate a new memory of size 10. You can further optimize it, so vector will be 1 1/2 of it's size. In case of array, it would cause an error.

You can add new data to the end and to the front of the vector. Because Vector's are array-like, then every time you want to add element to the beginning of the vector all the array has to be copied. Adding elements to the end of vector is far more efficient. There's no such an issue with linked lists.

Vector gives random access to it's internal kept data, while lists,queues,stacks do not.

A linked list may be defined if all the block are linked to each other ,using address of the blocks . It's different from an array , as an array is a collection of simultaneous boxes , where as list is collection of boxes which are connected by a string .

An Example of Linked list ,will be people pointing to the next person in a line ,where the last person is not pointing to anyone.

Now stack works on the concept of LIFO , which means last element in will be the first element out . For only understanding purpose we take stack to be horizontal.

For our conceptual understanding consider a stack of plates example , you have to put plate one after another and can only take the top most plate out .

Now the problem with Stack array was that , it was not scalable , our problems our going to be static in nature .Hence we use Linked list approach or vector approach or Dynamic memory allocation approach to counter this. 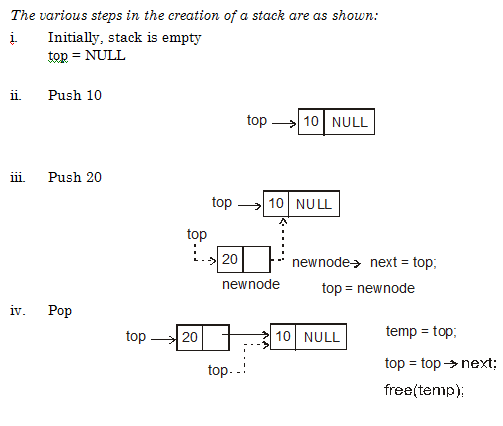 For more information on Stacks, https://programmerprodigy.code.blog/2020/04/22/stacks-and-queues-using-linked-list/

Now Queue works on the concept of first element pushed will be last element to be first out , for conceptual reasons we use queue to be Vertical.

For our conceptual understanding , we use an example of a line at a store , the first person who arrived gets served first ,

Now the problem with queue array was that , it was not scalable , our problems our going to be static in nature .Hence we use Linked list approach or vector approach or Dynamic memory allocation approach to counter this . 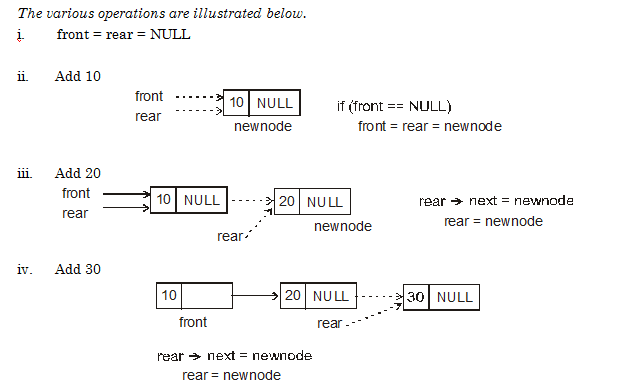 Queues maintain the order of elements using first in, first out (FIFO) ordering. A priority queue instead of using FIFO ordering, elements are dequeued in priority order.

A priority queue can have either a:

A priority queue is especially useful when you need to identify the maximum or minimum value within a list of elements.

For more information on Queue, https://programmerprodigy.code.blog/2020/04/22/stacks-and-queues-using-linked-list/

A tree is a finite set of nodes with one specially designated node called the root and the remaining notes are partitioned into n>=0 disjoint sets T1 and Tn where each of those sets is a tree. T1 to Tn are called the sub trees of the root.

6.2.Binary Search Tree: A binary tree which keeps the keys in a sorted order for faster lookup.

It is mainly used for insertion, deletion and searching of elements. The Structure of binary search trees is defined as,

6.3.Heap: A binary in which all nodes in the tree are in a specific order. There are 2 types of heap, typically:

6.4.Threaded Binary Tree: To utilize further more memory , we use leaf nodes. Where Leaf nodes where pointing to NULL, which would have been a waste. 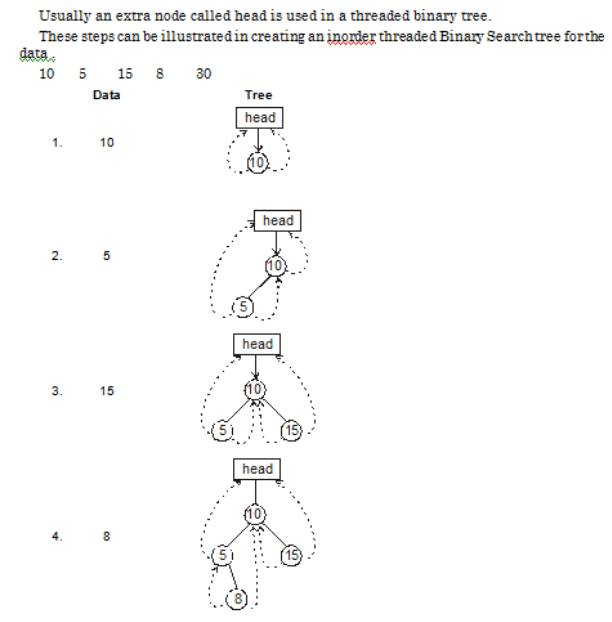 We can implement all the tree in array, but the array approach is not scalable as array are of fixed size and If the tree is not complete we will end up wasting a lot of space.

There are different ways to traverse a tree,

2.Iterative functions: comparatively tough to implement, but are faster in execution as there is no use of internal stack.

For more information on,

A Graph is a non-linear data structure consisting of nodes and edges. The nodes are sometimes also referred to as vertices and the edges are lines or arcs that connect any two nodes in the graph. 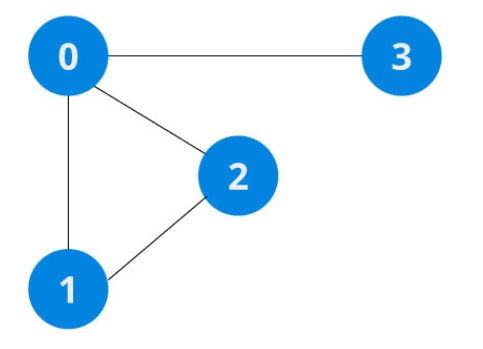 There are three major ways to represent graphs, 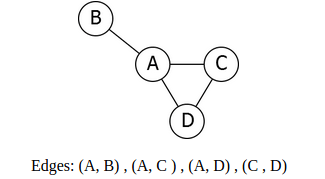 The adjacency matrix A of a graph G is a two dimensional array of n × n elements where n is the numbers of vertices.  The entries of A are defined as 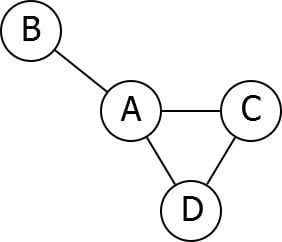 It uses arrays and hence is memory inefficient.

An adjacency list represents a graph as an array of linked lists.

The index of the array represents a vertex and each element in its linked list represents the other vertices that form an edge with the vertex.

Let us consider this example, 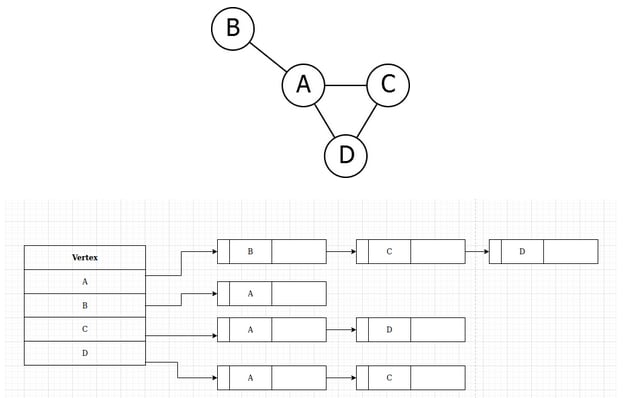 Ways to traverse a graph:

Starting from vertex ‘v’, we follow a path in the graph as deeply as we can go marking the vertices in the path as ‘visited’.  When there are no adjacent vertices that are not visited, we proceed backwards (back track) to a vertex in the path which has an ‘unvisited’ adjacent vertex and proceed from this vertex.  The process continues till all vertices have been visited.

BFS starts with the root node and explores each adjacent node before exploring node(s) at the next level. BFS makes use of the adjacency list data structure to explore the nodes adjacent to the visited (current) node.

For more information on graphs, http://programmerprodigy.code.blog/2020/10/22/basics-of-graphs/

To search for a specific element, we will look at just a specific position. The element will be found there if it was kept there in the first place. Hence, to place an element, we will first calculate its location, place it there so that it can be retrieved from that position.

In hashing, the address or location of an identifier X is obtained by using some function f(X) which gives the address of X in a table.

1. Division hash function: The modulus operator can be used as a hash function.  The identifier X is divided by some number M and the remainder is used as the hash address of X.

In this method, the identifier X is partitioned into several parts all of the same length except the last. These parts are added to obtain the hash address.  Addition is done in two ways,

1.Shift Folding: All parts except the last are shifted so that their least significant bits correspond to each other.

For example, the hash function could form groups of three from the key 12320324111220. To determine the index to which the key is mapped the hash function “shifts” each set of digits under the other and adds them

2.Folding on the boundaries: The identifier is folded at the part boundaries and the bits falling together are added.

Group the digits in the search key as in shift folding but the middle numbers are folded on the boundary between the first group and the middle group and they are thus reversed.

Applications of a Hash Table

Hash tables are good in situations where you have enormous amounts of data from which you would like to quickly search and retrieve information. A few typical hash table implementations would be in the following situations:

For more information on Hashing, http://programmerprodigy.code.blog/2021/01/20/intro-into-hashing/

Creating A CLI In Golang