We recently had a discussion internally on how to enforce encryption for objects that are uploaded to S3, and there were two main theories on what we need to do to ensure that new objects get encrypted:

In the past, conventional wisdom has been that, to enforce that objects in S3 get encrypted, you need a bucket policy, which explicitly denies PutObject calls that don't set the relevant encryption headers.
Some time ago (we couldn't find the announcement), S3 added the option to encrypt objects in a bucket by default. 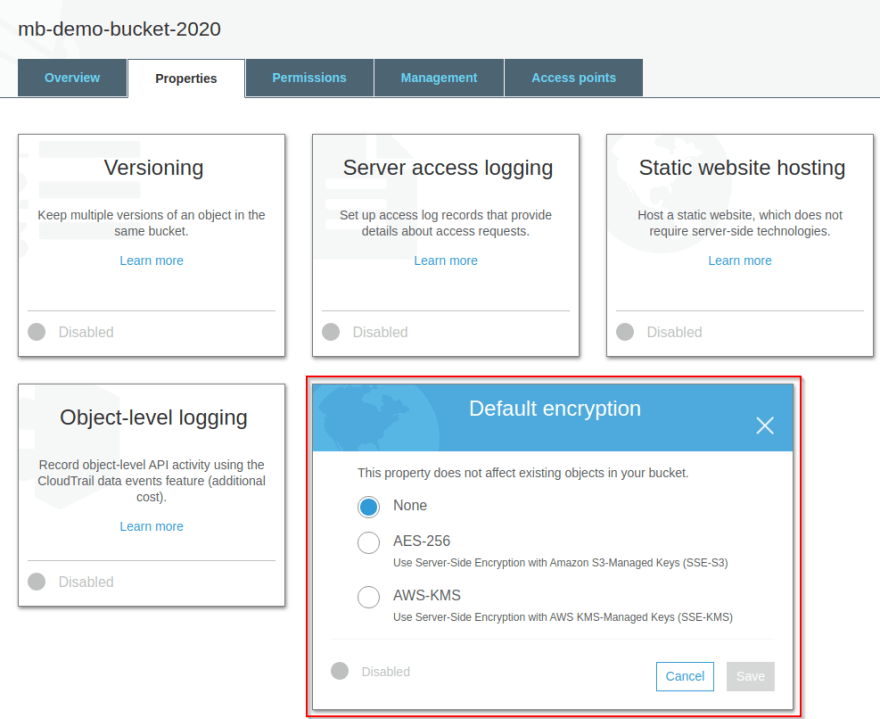 We weren't sure if that setting was sufficient to guarantee every new object is encrypted because we thought you might be able to explicitly say "No encryption please!" on the upload.
To settle this, we took a look at the PutObject API call documentation and found this on the encryption headers: 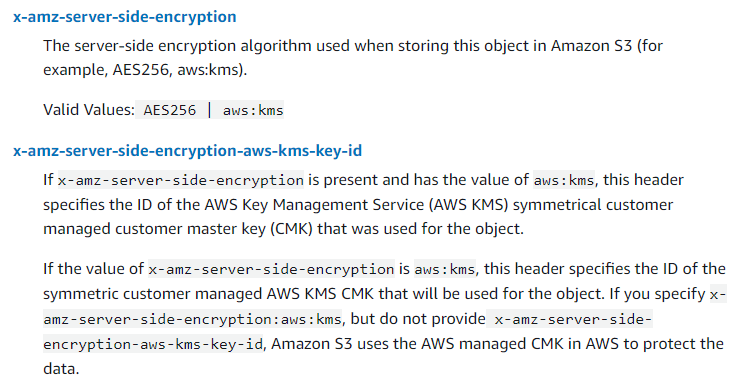 Essentially there is no way to explicitly say, "I don't want to encrypt this object" because that's already the default behavior of the API call.
This means once you enable default encryption on your bucket, the objects will be encrypted in some way.
It doesn't necessarily mean it's the way you chose.
If I set the default encryption of my bucket to use a KMS-Key (SSE-KMS), I can still use the x-amz-server-side-encryption = AWS256 header to change the encryption of the object to S3 managed encryption (SSE-S3), which - depending on your compliance requirements - may be a problem.

Let's quickly recap the different kinds of server-side encryption options in S3 before talking about how to solve that particular issue:

After this primer, we can talk about our change-of-encryption problem.
I'm a fan of clients not having to know about or not having to worry about the kind of encryption we apply in S3 to upload objects, so we could block any request with the bucket policy that has the encryption headers present.
That would punish clients who are specifying the correct encryption key, though, which I also don't like.
Ideally, the bucket policy only denies requests with incorrect encryption configurations.
Let's try to build something like that.

Since you can't use SSE-C for default encryption (S3 can't know the key if the user provides it), we only need to consider SSE-S3 and SSE-KMS.

Let's start with the easy case: SSE-S3.
When we want to enforce the use of the SSE-S3 encryption option, we need to deny all requests that have the x-amz-server-side-encryption = aws:kms header set.
A rule for that may look like this (You need to update $BucketName):

We also built a small CDK app to verify this works as intended.
Essentially it sets up two buckets, one of them with SSE-S3 and the other with SSE-KMS.
The first bucket has the first policy we mentioned above and the other the second.
There is also a lambda function with a few unit tests written in python that test seven different scenarios to verify the policies indeed work as intended.
You can check all of this out in this Github Repository if you'd like to try that for yourself.

Special thank you to Bulelani and his colleagues from AWS support, who helped us out with debugging the policies.

We hope you enjoyed reading this article.
For feedback, questions, and anything else you might want to share, feel free to reach out to us on Twitter (@Maurice_Brg & @Megaproaktiv

This post was originally published in September 2020, but after updating it recently, I thought it would be a good idea to share it here.

Get daily billing amounts by account with Cost Explorer API