The AWS CDK Pipelines is a higher level construct that creates a customized AWS Codepipeline specifically for deploying CDK stacks on AWS Accounts and automatically manages the following:

The following tutorial from the AWS docs helps you with setting up an AWS CDK Pipeline. The default CDK Pipeline contains example code to deploy a stack on a single stage.

But if you have multiple test accounts, then it would be nice to add them to the same stage in AWS CDK Pipeline. To do that, you first have to create a stage and add the first account that you want to deploy an application for:

If we commit the code it will update the CDK Pipelines automatically and the updated stage has two simultaneous stack deploys now: 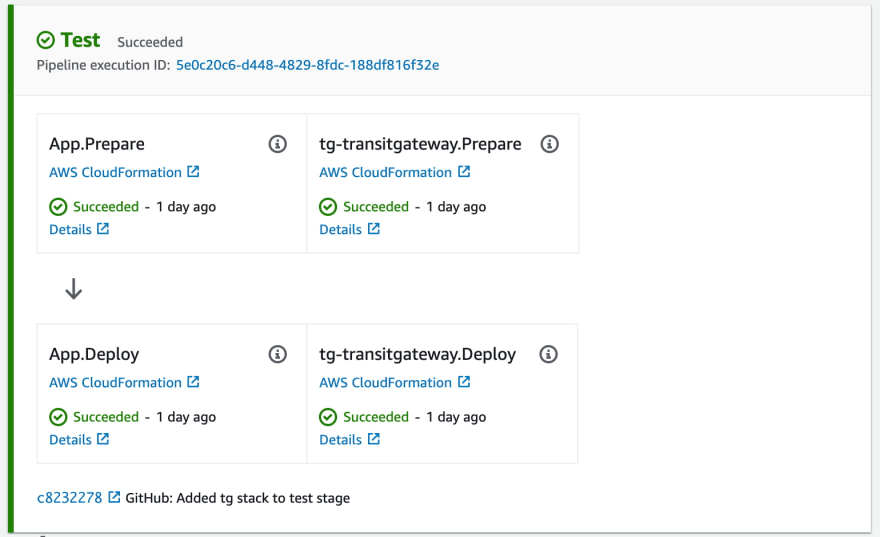 👋 Enjoyed this article? Reach out in the comments below or on Twitter to let me know what you think of it.

If you found some value in reading this, please consider showing your support by sponsoring me. Thanks to your support, I'm able to continue doing what I enjoy the most, which is sharing my learnings with the Cloud Community.