People are spending more time on their mobile devices as compared to any other device. According to research, people typically spend around 3 hours and 15 minutes every day on their smartphones.

According to statista, there are around 3.83 million apps available for download on both Google and Apple app stores.

With so many apps being developed in the world every moment, there is a chance that somebody might already be working on your brilliant app idea. Hence you must publish your app in the market before your competition. You could choose to reduce the time to market of your app by selecting a top React Native app development company who will help you in leveraging the power of React Native in building your app in record time.

The app development process is a complex one. It includes stages like ideating, preparing the wireframe, developing the app, testing the app for various use cases, and finally releasing the app in the market. 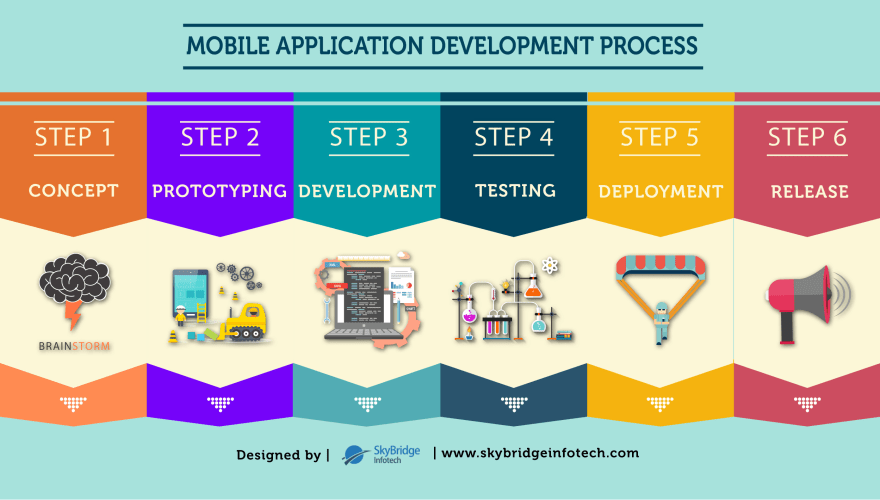 Such things put restrictions on the app development process, and the developers often feel stressed in trying to keep an optimal balance between the development time and the quality of the app.

Frameworks like React Native have substantially reduced such restrictions.

React Native is an app development framework based on JavaScript. Launched in 2015 by Facebook, the project initially started as an internal hackathon project in Facebook.

Finding a javascript developer is relatively easy as compared to finding an Android or iOS developer. This helps in reducing the product development cycle time as you can easily replace a developer in case anyone leaves your team.

Your new developer would easily understand the code and will start contributing productively and faster as compared to a native Android or iOS project.

Build once use everywhere

They could just add a plugin to the current code. For example, they can use a map plugin to the objective C based code and easily integrate Google maps to it instead of having to rewrite the code.

Typically when you want to develop an app for Android or iOS, then you need to build separate apps for both Android as well as iOS.

This means that you will have to employ two separate teams to develop two different apps for Android as well as iOS. This leads to double costs and double man-hours, ultimately resulting in a delay in releasing the product in the market.

React Native allows your developers to write the code once and use the same code with little modifications on both Android as well as iOS platforms. This is known as cross-platform or Hybrid app development.

Building hybrid apps saves your development team the hassle of coding twice, thus allowing you to use only one developer team to complete both Android as well as iOS apps. This reduces the costs and also helps in reducing the time to market the app.

How are developers able to build high-quality native-like apps in React Native? Let us have a look.

React Native uses APIs which run on the virtual machine of Javascript. Also, in React Native, you shall find UI components of native iOS and Android platforms. This feature of React Native helps in building native quality apps as these apps have the look and feel of the native apps. This results in a native-like UI of apps built in React Native.

With React Native, the developers need not worry about the integration of certain functions into the application. Just use one of the many third-party plugins to integrate functionalities like location and video sharing into your app. This feature saves time and lets you take your app to the market faster.

As we all know, it can be a pain to implement changes in an app. React Native takes the pain out of the equation by providing a vital feature called hot-reloading. In this feature, the developers can test the effect of new features within a matter of seconds instead of waiting to compile the code, which takes minutes.

The hot-reloading feature helps in saving time and aids the co-operation of developers, testers, and designers as they all can simultaneously see the effect of the changes in real-time.

Whenever you are mulling about developing your project on an open-source platform, you have a massive advantage over a closed-source framework. This advantage is the support of a vast developer community.

React Native quickly caught on to the imagination of developers and hence enjoys the support of a pretty big developer community. The community is active and helps each other in exploring and expanding the capabilities of React Native.

This is an essential benefit because if your developers get stuck somewhere, they could easily ask for help from the developer community. This would ensure that your project gets completed on time.

Also Read : Top 6 App Development Pitfalls That Can Bring A Misfortune To The App

React Native truly is a game-changer in the field of mobile app development. The features explained above, help the developers in taking the app to the market in record time, thus helping you beat the competition and gain the first-mover advantage. Thus eventually helping you in lowering the app development costs.

How to fetch data from the backend for primeng drop down

Avantika Shergil
An enthusiastic Operations Manager at TopDevelopers.co, coordinating and managing the technical and functional areas.
What attracts app developers to Flutter today? How to Improve Team Collaboration With DevOps Culture and Bring Teams Together? CodeIgniter vs Laravel, which is a better framework?

Once suspended, avantikashergil will not be able to comment or publish posts until their suspension is removed.

Once unsuspended, avantikashergil will be able to comment and publish posts again.

Once unpublished, all posts by avantikashergil will become hidden and only accessible to themselves.

If avantikashergil is not suspended, they can still re-publish their posts from their dashboard.

Once unpublished, this post will become invisible to the public and only accessible to Avantika Shergil.

Thanks for keeping DEV Community 👩‍💻👨‍💻 safe. Here is what you can do to flag avantikashergil:

Unflagging avantikashergil will restore default visibility to their posts.