CSS offers a nifty property called image-rendering which lets you influence how images scale. Normally, when you take a small image and make it bigger, the image becomes blurry. That's kinda ok for photos, but for pixelart, the effect is... rather devastating.

However, thanks to image-rendering, it's possible to upscale images in a way that highlights their pixelated nature! Just a couple lines of code later and...

Except, wait just a second. Why on earth does the above example CSS specify image-rendering twice, and with two different values? Something's fishy!

It turns out there's a bit of a paradox in the browser support for image-rendering. Waddle on over to Can I Use and we see the following weirdness.

That's right! Chrome supports pixelated but not crisp-edges, and Firefox supports crisp-edges but not pixelated. In order to support both browsers, both values had to be specified in the example above, utilizing the fact of CSS that if one value is invalid then the other will be used.

What I learned, though, is that resolving this paradox is not as simple as "just specify both properties", because the properties have different semantics. That is, even though crisp-edges and pixelated accomplish the same result, they mean different things. 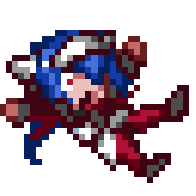 To resolve this, we'll need to embark on a mystical journey through different versions of the specification, discussions on implementations, and—

Well actually, I already did all that! Instead, I'll walk through what I discovered by answering three key questions:

What's with the paradox?

Without being involved in the dialogue directly, it's hard to pinpoint the precise reasons why image-rendering has the support it has. After delving through documentation, discussions, and definitions (oh my!), there was one truth underpinning it all.

The rules for how image-rendering should work are not set in stone.

In fact, despite this property having first appeared in 2012, just a few months ago in February 2021 the images specification changed! And furthermore, it had seen periodic change over its nine-year history. In other words, image-rendering is undergoing active discussion, at least some of which has come from feedback from browsers implementing the feature for testing.

As a result, the property has only ever been implemented to different degrees, with Firefox and Chrome having taken different routes. And since the spec is still under discussion, no one has a complete implementation. 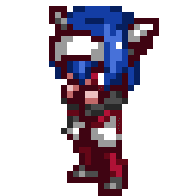 In the end, Firefox developed crisp-edges because it already supported the non-standard property -moz-crisp-edges, which was meant to be the same thing. Chrome had implemented pixelated because, at the time in 2014, the spec for pixelated was more straightforward.

To grasp the pixelated and crisp-edges values, it's important to understand the purpose of the image-rendering property.

The image-rendering property provides a hint to the user-agent about what aspects of an image are most important to preserve when the image is scaled...

When an image is scaled, the computer either has to fill in missing details when scaled up or choose what to collapse when scaled down. That can be tricky, kinda like doubling a cooking recipe but realizing you don't have enough ingredients. And so, there's no single correct strategy for scaling images, leading to a diversity of scaling algorithms meant to do the job.

That said, notice that the spec does not say that the purpose of image-rendering is to choose a scaling algorithm. Rather, the goal is to specify what aspects of an image are most important to preserve. For example, when we scale an image, do we care more about the way colors blend, or about keeping the edges sharp? Depending on the answer, one algorithm may be better than another.

Though a scaling algorithm will be ultimately chosen, the point of image-rendering is really to provide the browser additional information so it knows better how to treat the image!

The Semantics of pixelated and crisp-edges

Knowing that image-rendering is all about identifying what aspects of the image are important to preserve, we can see how pixelated and crisp-edges are defined.

The image is scaled in a way that preserves the pixelated nature of the original as much as possible.

The image is scaled in a way that preserves contrast and edges, and which does not smooth colors or introduce blur to the image in the process.

The pixelated and crisp-edges values are not semantically interchangeable.

We can illustrate the difference by scaling up our pixelart Lea image by a non-integral factor, say 2.5 times the original size, using algorithms the spec currently mandates.

Equipped with the history and semantics of image-rendering, we can resolve the paradox!

For pixelart, it is clear the pixelated value should be used; that's what most closely matches the semantics of the art. However, since Firefox does not yet support pixelated, we can fall back onto its currently provided solution, crisp-edges, which will resolve to the nearest neighbor algorithm.

The fact that pixelated is last is very important! If we imagine a future where Firefox has implemented pixelated, then we want that value to be applied instead of crisp-edges. Letting the most semantically appropriate value be last future-proofs the solution.

For maximum compatibility, the undead Internet Explorer browser can be supported with -ms-interpolation-mode: nearest-neighbor.

And what about images which should have high contrast?

Chrome and Safari do not support crisp-edges, but instead support a webkit property called -webkit-optimize-contrast which bears similar semantics. Therefore, rather than use pixelated, it is better to use something that more closely resembles what crisp-edges means:

And with that, we can celebrate with the final demo!

And some extra stuff on my website, cut from this article for brevity:

Timothy Foster
Coding is my craft. Teaching is my passion.
What HTML tag do you use for Sarcasm?
#html #webdev
Making a Toggle Switch into a New HTML Element
#javascript #html #webdev #webcomponents
A Typewriter, but using a New HTML Tag
#html #javascript #webdev #showdev