For years, I had been writing the wrong alt text for my images.

HTML, the language in which websites are written, allows developers to define alt text for images. It's short for "alternate", letting creators specify a text description of the image just in case the image doesn't load or can't be seen. 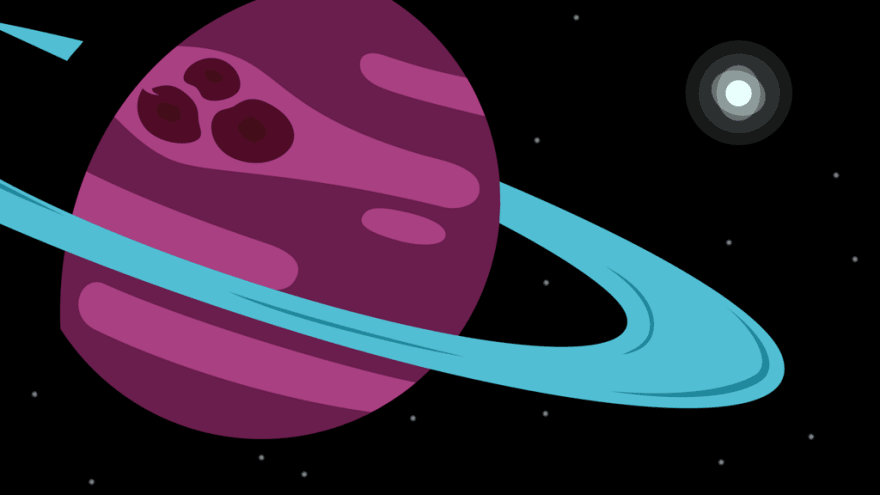 What alt text should be used for this?

I use to think something like "Alien World", or perhaps "A purple planet in space" were good; after all, they describe what the image is. However, after doing a deep dive into accessibility practices, I've come to learn that descriptions like these are not incredibly useful.

So, what does make for good and useful alternative text? There's a number of tips I've discovered perusing the web, but actually I've found that a single, concise principle encompasses them all:

Alt text is a replacement, not a description.

Let's give the purple planet picture from above some story. We'll say it's a fictional planet called Purpiter, and Jenna is an extraterrestrial journalist writing about it. Probably she will want to include the image of Purpiter in the article so her readers know what the planet looks like.

Here's an excerpt from her article: 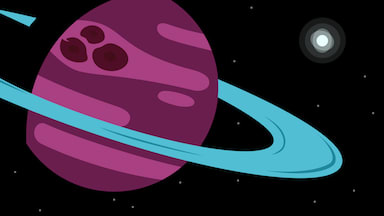 Happy with the article, Jenna decides to publish it to an online interplanetary tourism guide. But when submitting the article, something goes wrong! Somehow, the image of Purpiter is corrupted while uploading, meaning it will not show up in the article. Oof.

Instead, the alt text will appear. Let's say she used the alt text from the intro, "Alien World". Here's how the article would appear:

That's not very useful, especially for a website about space tourism!

Although the phrase "Alien World" in some sense describes Purpiter, it does not adequately replace the image in the article. Even "a purple planet in space", though more descriptive, does not get everything across Jenna wanted by using an image.

She wants the alt text to serve as a replacement, so she needs to use it to convey the details of Purpiter that make it distinct and interesting.

Purple clouds swirl about the planet, twisting into three red storms. Its icy ring reflects light from a star in the distance.

Much better! In the absence of the image, the alt text leaves us with a decent mental illustration of what should have been there.

Iodine is actually safe for humans. Perhaps it's toxic to Jenna's species though!

So, maybe it's rather rare for images to just be missing. That said, image alt text serves two very important audiences.

Earlier, I had mentioned accessibility. Websites are used by both people who can see and people who cannot; as developers, our goal is to make websites accessible to all groups of people, regardless of ability.

In all cases, the hope is that the alt text is able to convey as much of the original image as needed. This is why I've started to think of it as a replacement, as its purpose is literally to replace the image under some circumstances.

I highly recommend experimenting with screen readers if you work in the web!

Imagine for a moment that you are talking with a friend over the phone (I think people still do that), and you are very excited about visiting Purpiter. You want them to come with you, so you recite Jenna's tourism article.

When you reach the image, how would you describe it over the phone?

This thought experiment happens to be an incredibly useful technique for writing alt text. In a way, it's simulating what a screen reader would say.

Since alt text is a replacement, it's possible for the same image to have different text depending on the context. Let's consider two more articles for Purpiter to appear in:

An Alternative Purpose for the Image

In an article about the artist's depiction of the planet, the focus is not necessarily on the fact that the planet is purple or has a blue ring. Hence, whilst the alt text from before is very descriptive, it wouldn't be a suitable replacement.

The intent is different. It's probably more important to highlight how the picture was drawn so the reader understands what is actually being criticized.

Here's an example excerpt with the alt text in bold:

Perot is an astrobiologist, but also a hobbyist artist. A sample of his artwork depicting the planet Purpiter is shown below.

The planet is a purple circle with wide, rounded magenta strokes. Shapes transition sharply from one to the next, with no gradients between nor within features.

Because of the simplicity of the coloring, he fails to convey the swirling nature of the storms.

Sometimes, images serve entirely as visual enhancement. In this case, the image could be replaced with nothing without impacting the core information. And so, the right alt text to use is just an empty string, signaling the image is decorative.

In an article about exoplanets in general, the image of Purpiter might just be decorative, showing an example of what an exoplanet might look like. In the excerpt below, the image is provided but has empty alt text.

Exoplanets are planets outside of the solar system. We know they exist because of subtle clues provided by the light of their host stars.

Over time, we've learned that exoplanets are incredibly diverse in size, composition, and countless other ways.

Empty alt text is different from no alt text! You should always define alt text, even if it is empty.

All as the Spec Intended

So it turns out, I learned most of this by reading the HTML Living Standard, a specification provided by WHATWG.

The specification is essentially the HTML guidebook, which effectively means it's also the web developer guidebook. Despite that, I hadn't actually taken time to read it until recently in my career. Besides the notion that the word "specification" is scary, the document is also understandably technical and dense.

Or so I thought. In fact, the spec is written to be very readable and thorough! It details the semantic intent of HTML tags and attributes with scenarios and examples, in similar fashion to how I'd expect an article summarizing the spec to be written.

The principle of "alt text is a replacement, not a description" is almost a direct quote from the spec:

The intent is that replacing every image with the text of its alt attribute does not change the meaning of the page.

And in fact, the "secret technique" of using a phone call as a thought experiment is not so secret after all. This, too, came directly from the spec!

One way to think of alternative text is to think about how you would read the page containing the image to someone over the phone, without mentioning that there is an image present.

So this idea of treating alt text as a replacement is not a new way of thinking about it. It's the perspective the HTML standard wanted us to have all along.

Admittedly, the spec is a bit advanced for beginners! My intent is to dispel the myth that the spec is reserved for experts. In WHATWG's own words, having a passing familiarity with web technologies can be enough.

Alt text is a replacement, not a description.

Although I covered what that means at a high level, there are more detailed questions we could ask about how it applies:

This and more is covered directly by the HTML specification! It devotes no less than 15 subsections to image alt text, and while that may be intimidating, it also goes to show how important writing the right text is.

My recommendation for learning more is to read the HTML Spec on Image Alt Text. For supplementary material, MDN's article on alt is pretty good as well.

I had received feedback that my original alt text examples were a bit lengthy. Indeed, it is important that the text be very concise! A picture may be worth 1000 words, but don't actually use 1000 words to describe your picture.

Tools exist for when a lengthier description is needed, such as the figure HTML element and aria-labelledby property. Notably, both of these expose the description to everyone, hinting that if your description is long enough to merit these tools, then it's probably important context for all readers, sighted and non-sighted.

Here's a before-and-after of my example alt text to illustrate brevity without losing meaning:

Purple and pink clouds swirl about the planet, twisting into a knot of three deep red storms. An icy blue ring encircles the planet reflecting light from a bright star in the distance.

Purple clouds swirl about a planet, twisting into three red storms. Its icy ring reflects light from a star in the distance.

A Love Letter to Software

Timothy Foster
Coding is my craft. Teaching is my passion.
What HTML tag do you use for Sarcasm?
#html #webdev
Making a Toggle Switch into a New HTML Element
#javascript #html #webdev #webcomponents
A Typewriter, but using a New HTML Tag
#html #javascript #webdev #showdev