Welcome to part three of my exploration of next. In part one I covered the basics: How to structure and style a basic site. In part two I covered how we can fetch data from an API and inject it within the react component lifecycle.

Today I want to add express and mongo to the project. That means in the same project next.js allows us to run express and react in a pretty easy way.

As you're about to see, most of the code that we'll write is pure express stuff. I have covered how to build a restful API with react and mongodb already, all that is going to be the exact same thing.

Let's install the required packages for this part of the tutorial

That's how easy it is to add express to our project.

There are only four lines of code that are next.js related and everything else is the usual express code:

Lets add the rest of the code that makes up ./server/index.js

Again, nothing new there, you can learn how to build an express site here. However, the only important thing is the start in app.get('*', ...). That just says all routers that aren't specified already, let next.js deal with them - which of course, in turn, it lets us deal with them in our react code.

Above we basically created the API points that we know our react code requires. When /api/photos is requested, we return all photos found in the database. If any type of request is made on /api/photos/:id then we have to find the relevant object in the database. Then depending on whether the request is a get or a put we either respond with the object or edit the object depending on the required data we've received.

Finally we need to create ./server/models/photoModel.js

And that's about it!

Unlike in previous tutorials, now we want to run our entire application from ./server/index.js

Of course if you are following along you need to do two more things:

In the react code, /pages/index.js and /pages/photo.js we need to edit the addresses to where we are fetching from, now we need to point to 3000/api/photos. Also when fetching, we would change id to _id. The database we are using has to contain the data of course. You can import the data I've left in the ripository by running the following command:

That imports the data into Photos database, and inside a collection named photos.

The project now should be run by using express as the starting point. Hence you'd run

And due to the way we've configured the code, next takes over and runs the react code as well. So what we have is, anything in /api is handled by express and everything else is handled by react.

Whilst developing your application it be more useful to run nodemon server/index.js instead. nodemon monitors your code and restarts the server when ever you change the code. Very useful. However, you don't want it to restart the server when you modify the react code. Amongst other things it might get caught in a loop. Where next reloads react, then nodemon reloads the server due to file changes. To solve this you should create a folder called nodemon.json and add the following:

We're basically telling nodemon to concern itself with files that are within the server directory and that are javascript and JSON, and especially ignore the specified folders.

nodemon is a really useful package that you should install as a global package (npm install -g nodemon). nodemon basically monitors your node code and re-runs the server whenever files change.

That's it for this tutorial, hope you liked it. There are few more things that I want to cover in this series, so stay tuned and thanks for reading! The repository for this part of the code can be found in the branch labeled part3 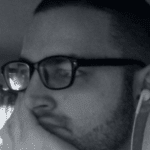 Introduction to the basics of Next.js

Once suspended, aurelkurtula will not be able to comment or publish posts until their suspension is removed.

Once unsuspended, aurelkurtula will be able to comment and publish posts again.

Once unpublished, all posts by aurelkurtula will become hidden and only accessible to themselves.

If aurelkurtula is not suspended, they can still re-publish their posts from their dashboard.

Once unpublished, this post will become invisible to the public and only accessible to aurel kurtula.

Thanks for keeping DEV Community 👩‍💻👨‍💻 safe. Here is what you can do to flag aurelkurtula:

Unflagging aurelkurtula will restore default visibility to their posts.