"All power is within you. You can do anything and everything. Believe in that" - Swami Vivekananda

You might think why I started with a quote by Swami Vivekananda. This quote has been a driving factor in my pursuits to learn new things and building stuff.

I have been into Go for about 2 months now. I just wrote up two hacks in Go too. One was Shelby and now letme introduce you to Postwoman CLI. As the name says It's a CLI client for Postwoman 👽 in Go.

Learning either Go or Rust was in my TODO list of 2019. It was only in late 2019, I had reached the mindset to learn Go. I started out on tutorials in building servers in Go. I used to code servers in Python and fell for Backend Programming. I made a bunch of servers in Go with Gin. Go was intimidating at first since it felt more like C to me, but in a few days I got the clutch. I still don't know most of Go like using slices and goroutines that much. I learn mostly by building so, I learn when I build.

I met Liyas Thomas, the author of Postwoman in the official Telegram Group of Postwoman. Since he too was from the state of Kerala, we had a few convos. I had opened a PR to Postwoman when it launched in August-September but it didn't get merged because of my lack of Vue/Js. But later on I had a chat with him if I did a refactor PR. He really gave me the confidence to do that and I did. The PR was reviewed and made changes by the Maintainers of PW and where it started in 1 commit it changed to 8 and the diff was +8k and -8k. The PR got merged and I was the #11 Contributor of PW 🎉. The PR didn't give me any satisfaction but later after 2 days, Liyas send me a bug and told me to fix that. I traversed over 2k lines of Vue code and found the bug. He made a commit and fixed it. This bug squashing gave me much satisfaction than all the contributions I've done. Later that week, a maintainer and My Friend James made a repo for a CLI in Js. So the idea for making another CLI was basically for learning for me.

Liyas gave a Green Flag to work on the CLI. I considered Go as first option since I didn't know how to make one in any Lang and Go was fresh in my mind. I built it in almost 2 weeks. pwcli is like httpie with displaying the Request Headers and Status Code and Output Highlighting. The Output is now limited to Json but will add support to HTML and XML in the coming days. It also has a send feature in which you can give it the Postwoman-Collection.json file and it will test all the endpoints in their respective methods and output the status code. This was actually a feature request in the Js counterpart of the CLI.

You can find PwCLI in GitHub at https://github.com/athul/pwcli. Consider trying it out and giving a star.
PwCLI is open sourced under MIT and is waiting for Feature requests and Contributions

In these two weeks, I've learned a lot of Go, HTTP Requests and REST APIs. The main highlights were.

"Learn like your life depended on it, coz it will" - Unknown 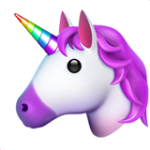 Hey ya'll been building a CLI for Postwoman.io
It's now Open Sourced under MIT License and you can find it at github.com/athul/pwcli
It's written in @golang and I didn't even know how to write CLI's in Go a week ago when I started on it.

How to Scan Documents with an HP Scanner in Linux [VIDEO]