Have you ever felt like you are doing certain tasks again and again in life?
Well, I'm no expert in helping with your life!
Although, if you would ever face the same situation in a programming language I can help you with that.

In programming, we can repeat certain tasks using loops.
Let's go through them one by one. 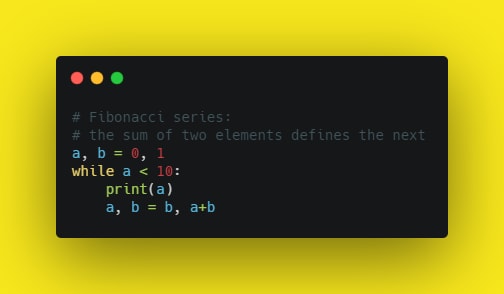 Code along and have fun.

Once suspended, aswin2001barath will not be able to comment or publish posts until their suspension is removed.

Once unsuspended, aswin2001barath will be able to comment and publish posts again.

Once unpublished, all posts by aswin2001barath will become hidden and only accessible to themselves.

If aswin2001barath is not suspended, they can still re-publish their posts from their dashboard.

Once unpublished, this post will become invisible to the public and only accessible to Aswin Barath.

Thanks for keeping DEV Community 👩‍💻👨‍💻 safe. Here is what you can do to flag aswin2001barath:

Unflagging aswin2001barath will restore default visibility to their posts.