Heya 👋, Welcome to this Blog Series of The Campus DevRel Show, focusing on the lessons from the experience of the amazing guest DevRels.

Before we get started! Let's take a moment to understand what exactly is DevRel.
As the name suggests, Developer Relations (or DevRel) focuses on maintaining relationships with the folks responsible for developing an organization's technology or product. Depending on the company and its goals, roles in this field can take various forms, as well as tasks.
Communication between organizations and developers is often the responsibility of a DevRel in order to ensure a better information flow and feedback loop. This is a job for people who have a deep understanding of development, who are inherently developers, and who are able to relate to and empower developers.

DevRel functions as a bridge between the product and the community.

A Brief about Jon's Background 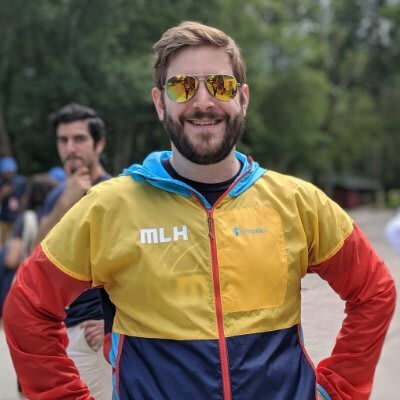 Jon Gottfried is the co-founder of MLH, previously National Director of the StartupBus, and was formerly a Developer Evangelist at Twilio. Having grown up around computers, he has always been fascinated by them. Since graduating from history school, he found his own niche in software engineering. Research and academics were initially what attracted him to computer science, but soon he discovered that building things and writing code were his passions. Even so, he never strayed too far from the tech side, always finding a balance between the two.

Community building and evangelism were something that Jon was always interested in. He grew up going to summer camp and being super involved in it and liked being involved in building communities and experiences for people. At the Music Hack Day, he met folks from a company whom he later pitched for being a part-time developer evangelist, and joined as a developer evangelist after graduating, which shaped his further understanding of the field.

Jon's understanding of DevRel when he just started working for Twilio was to show up at hackathons, do a really cool demo and support developers throughout the weekend. While working there, he realized there was much more than that going in that background, and a lot of it was about figuring it out as he moved forward. As a company, their strategy was to build something that developers love, which also inspires them to use it! He did mention numbers, and that someone had to keep in mind getting “X number of users”, but he was focused on making something that would make developers super excited. A lot of things their team did involve trial and error.

The Story of MLH

About MLH: It is a 500k+ global community empowering the next generation of developers to learn through hackathons and many MLH fellowships.

Jon and Swift worked as developer evangelists and attended multiple events, spoke at and founded community meet-ups together in New York. Their frequent meeting places were student hackathons, which were still a growing trend at that time. The two had been working together on different projects, a few small ideas here and there, which led them to agree that they want to work together in the future. Eventually, they found co-founders before they came up with an idea for a startup. Jon had registered the domain for MLH years before they for a completely different idea and eventually agreed to form a global community hackathon community.

My Learnings from this Episode:

1. What exactly do companies look for in student communities?

Companies' goals have changed from the time they started. At first, when MLH was just getting started, most of its sponsors were Jon's personal & professional friends. As MLH grew it changed a lot as now they had to focus on making sure it was mutually beneficial for companies along with student communities. Sponsorships are sort of give and take relationships.

Connections and relationships play a huge part in developer relations as a huge chunk of it is about creating meaningful relations.

2. What does Jon think is the best part about working in Developer Relations?

When you do something to help someone, just as a nice thing to do, and years later they come back and you realize how impactful it has been.

When you are into developer relations there are hundreds of interactions that you carry out as your day-to-day job. The interaction might be casual for a DevRel, but that for the other person can be really impactful.
That’s one of the best parts about this job — impacting people in a positive way and being able to scale that impact.

3. What is Jon’s advice for undergrads getting into DevRel space?

Attend conferences, organize hackathons, or volunteer under organizations that do the same, basically to gain the initial experience that you can showcase both, the community and the engineering side of things when you apply for a job. A little bit of experience in marketing — blogs, videos, and speaking helps too. When Jon worked at Twilio and his team would look for developer relations roles, they would often look for full-time engineers who did part-time community work because of their enjoyment around it. So they would approach them and basically ask them to do what they enjoyed doing, but full time!
But now community managers and content creators from college can also be DevRel.

Dev.to does really cool stuff” — when it comes to folks getting started with writing about tech, Dev provides an accessible platform for doing so. Jon was personally excited about Battlesnake and its unique way of exercising creativity.

According to Jon, DevRels may not struggles to measure success or struggles to determine what their success metrics are.

Here, he means is that DevRel teams have so many metrics, but fail to agree on which metric is more important for measuring their success. Which category DevRel fits into is still a very debatable question. Most would say that it depends on the company and its goals, and which team you fit in, helps in determining what your success metric will be.

The companies that have been most successful have had a mix of beliefs in the strategy and metrics. One has to be willing to take creative risks while proving that they’re doing something valuable because otherwise, it’s hard to justify spending money on the team.

That was literally a lot of info to get started. Make sure you take your own time to understand every piece of information to pave your path toward becoming a DevRel.

This is just the beginning of this Series. We've many more blogs coming up with a lot more different experiences. 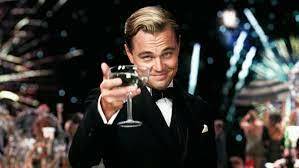 Do you think reading this made your pathway to #DevRel a little clear? Or Is it still a little blurry?

You can always check out DevRel.page to understand more about #DevRel.

Watch the Highlights on Youtube and Full Episode on Twitch 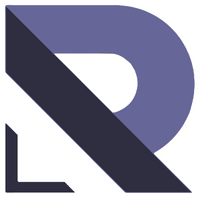 7 Awesome Free APIs for Your Next Node.js Project

sbomqs, an open source tool to quality check your SBOMS

Once suspended, aryank21 will not be able to comment or publish posts until their suspension is removed.

Once unsuspended, aryank21 will be able to comment and publish posts again.

Once unpublished, all posts by aryank21 will become hidden and only accessible to themselves.

If aryank21 is not suspended, they can still re-publish their posts from their dashboard.

Once unpublished, this post will become invisible to the public and only accessible to Aryan Kaushik.

Thanks for keeping DEV Community 👩‍💻👨‍💻 safe. Here is what you can do to flag aryank21:

Unflagging aryank21 will restore default visibility to their posts.