React is a JavaScript library used for user interface development. Facebook initially released it on March 4, 2013. Today ReactJS has become one of the most popular JavaScript frameworks even though it was introduced about four years ago.

According to the development stats, websites such as Imgur, Netflix, SeatGeek, Airbnb, Feedly, HelloSign, and others use ReactJS.

However, some users may get confused between ReactJS and React Native, but truth be told, they are both quite different. In this blog we will only focus on ReactJS and get acquainted with how you can develop an application with this JavaScript library.

Statistics presented by Similar Tech shows the popularity of ReactJS among individuals and society is approximately 17.6%,11% among business communities and 55% among others. Another report from BuiltWith states that the United States ranks first in the use of ReactJS, followed by Mexico and the United Kingdom.

But what are the reasons behind the popularity of ReactJS?

Reasons why businesses use ReactJS for mobile app development

1. One can easily grab them:
One of the main aspects that make ReactJS a preferred option is that they are easy to understand and you can learn their basic knowledge without much difficulty. This JavaScript framework is not fully functional and is a V in the MVC (Model View Controller) pattern. In addition, you can always hire reactjs developers easily.

2. ReactJS makes it easy to write components:
Another great feature Facebook added to this JavaScript is JSX, an optional syntax extension. Therefore, the components can be written very easily as JSX allows you to combine HTML and JavaScript. As such, you don't have to follow the complex rules and developing custom components or high-volume applications becomes simpler.

3. ReactJS allows component reuse:
The fact that ReactJS supports component reuse offers developers several benefits. You will have to put less effort while developing applications as it is reusable for other applications. The accuracy and speed of application development are also improved.

The best way to skip all this hassle is get in touch with a top ReactJS development company and get your job done.

4. The advantage of having an open source library:
The open source library is one of the great assets that ReactJS offers for web and mobile development. The app builder does not limit impositions such as templates, patterns, and complex architecture. It allows you to develop constantly and is open to contributions.

5. The benefit of the virtual DOM:
The presence of virtual DOM improves the user experience and the developer works faster. DOM can be defined as a logical structure that is available in various formats such as HTML, XHTML, or XML. You can speed up updates by using Virtual DOM.

Apart from these, there are other advantages, such as the creation of isomorphic applications, which offer direct tools to the developer, excellent for SEO and others.

6. ReactJS is also a boon for mobile app owners:
So far we have seen how ReactJS is useful for application developers, but in fact, it is also advantageous for application owners. It offers several benefits, such as running smoothly during data processing, increasing your business productivity; it can work on any device and helps to establish a connection with clients.

In fact, it has also helped clients in a number of ways. Examples include linking credit cards to bank accounts, responsive layouts and advanced notification management, etc. 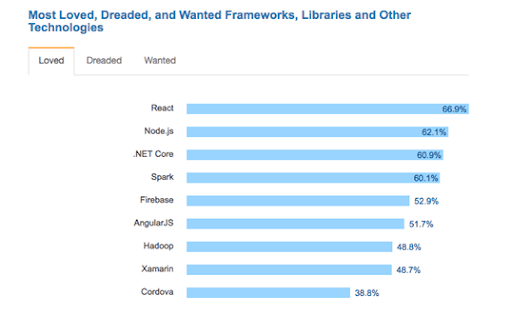 7. Mobile application development with the help of ReactJS:
ReactJS is supportive in case you are developing single page applications. It also supports the virtual DOM with that of the browser. Thus, it is able to identify which parts of the DOM have changed compared to the saved virtual DOM. The library can identify how to update the browser DOM effectively. Front desk developers have a harder job than those who work behind the scenes. 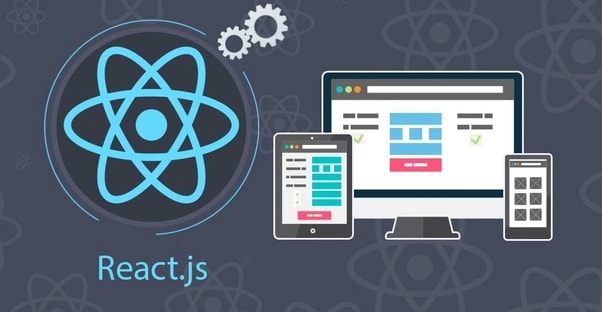 Hooks were first introduced in React v16.8 and have been a huge boost for functional programming in React. Using Hooks, developers can use functional components instead of class components while web development uses React.js.

Hooks like use State can be used to make the code much simpler as we can set the initial state to an empty string and it returns an array with the current state along with a method to mutate that state (setValue). Functional components do not have access to lifecycle methods. But with the help of Effect Hook, we can make it work. There are also many other Hooks to React and developers can even create their own custom hooks.

2. React and type:
Typescript is one of the themes that is getting a lot of attention these days and it helps developers to create responsive web design in React js. Newer versions of create-react-app (CRA) come with built-in Typescript support. Developers only need to add the typed flag while creating a new project with CRA.

The main benefits of using TypeScript with React are:

TypeScript is something that all developers should learn and implement to make their work easier and improve results. 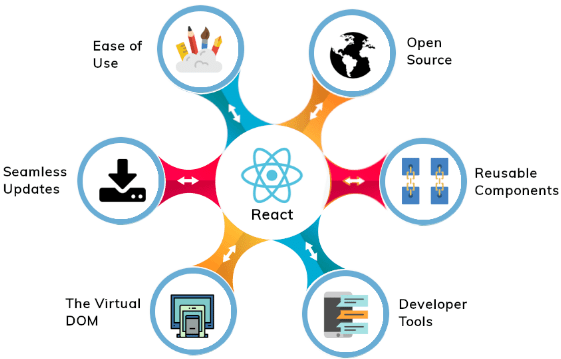 3. Using error limits:
There can be errors in an application and that happens quite often. Even if they appear in view, they should at least not break the entire app. To avoid this, error limits have been introduced or implemented in React. They are nothing more than components that can be used to wrap other components. They are capable of detecting errors during rendering and in the life cycle, methods found in the tree. Using the componentDidCatch method, it is quite easy to react to the error and generate a backup or log the error

4. Testing with Jest and Enzyme:
It is important that developers test their applications to find errors and correct them, if any. Testing is even mandatory in most companies. Applications and websites created with React can be tested in a very interesting way using the correct settings. One of the most used configurations consists of Jest and Enzyme.

Jest comes bundled with the create-react-app and is a test runner, mock library, and assertion library. Jest also provides snapshot tests that create a rendered snapshot of a component and compare it to previous snapshots automatically. If the two snapshots do not match, the test will fail automatically.

It is very useful for unit and integration tests. Next comes Enzyme, which is a test library for React Components and is widely used by developers working with react. Airbnb develops and maintains an enzyme and is the perfect partner for Jest. Many things, such as testing lifecycle methods or simulating API calls, can be done with this configuration. 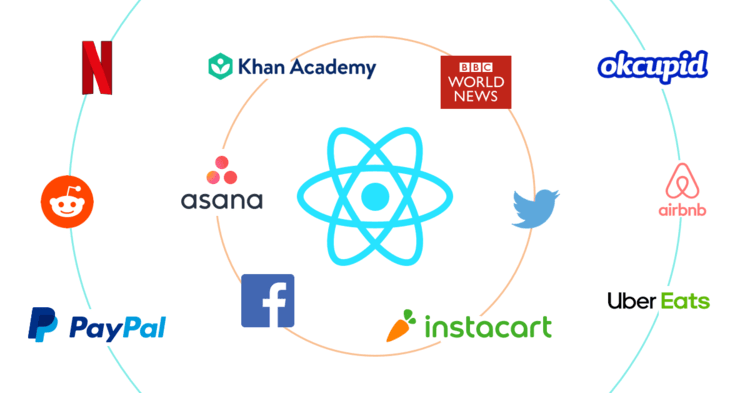 5. Using higher order components:
Higher Order Components or HOC is an advanced concept in React that is used to abstract shared code and make it accessible where needed. This concept is quite similar to the higher order function that is JavaScript. Higher-order components take and return components, but they are not components themselves. They are just functions.

6. Using React DevTools:
React DevTools is a browser extension that is available for Firefox and Chrome. It is maintained by the main Facebook React team. It works great with React Native and react.js and helps developers understand what is happening within the react application. Several big companies like Netflix and Airbnb are using React.

Wrapping Up
ReactJS performs as the best technology on the market for amazing advancements in mobile applications. Most of today's mobile app development companies rely on ReactJS to create smart user interfaces and give end users a touch of splendor.

Businesses striving to attract a large target audience should consider hiring a react js development company that is capable enough of writing a market-leading user interface by engaging a large customer base.

Introduction to React Context - How to use it simply

Getting started with Typescript with React Hooks [2021]

Aria Barnes
I am a Sr. technical consultant and writer working for PixelCrayons. I am passionate about exploring and writing about innovation & technology and have been in this field for 10+ years.
Web Storage API
#javascript #react #angular #webdev
July 22nd, 2021: What did you learn this week?
#weeklylearn #discuss #weeklyretro
How to hide Feature A and show Feature B for different users in React
#beginners #webdev #opensource #react