One of the fundamental concepts in computer programming is a variable. If you are studying computer science, or programming in general, chances are you know what a variable is. In simple terms,

A variable is a container which holds a value

A variable can hold values of certain datatypes, such as int, char, float, bool etc. Pointers are nothing but a special kind of variable. Instead of storing a value, it stores address of a variable.

In case all of this jargon didn't make any sense, we will dig deeper into this.

Lets say, you want to invite one of buddies to your house, but he has never visited your house before, then how would he find it? He will need an address. With an address he can locate your house exactly. But without one, he has to roam around the entire world until he finds your house. That doesn't sound like a fun task...does it?

Similarly, every variable that is stored in the primary memory has a specific address assigned to it. Different variables can not reside in the same address. Just like, the address of your house and your friends house can not be same unless you both live in the same house. 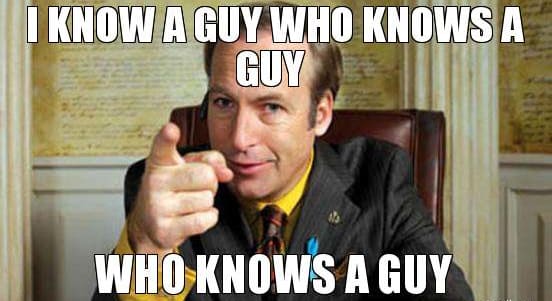 Let's dig deeper into the code. For the first example, let the assume that a is stored in memory location 100. a has a value of 5 and ip contains the address of a. So, technically the value of ip will be 100. Dereferencing ip will result in the value of a which is 5.

Pointers can also hold address of another pointer. They are called double pointers

This way, pointers can be chained together.

Whenever you execute a program, all the variables declared in it is stored in that programs stack frame which resides in RAM. Now, during the calculations, CPU fetches variables from the RAM into its internal registers. This memory access is not the fastest thing in the world. This process takes up quite a few nanoseconds. So, in case of directly accessing a variable, CPU needs to fetch the variable only once from the memory and it gets its value. But in case of pointers, multiple trips are required to the RAM from CPU to get a value. In case of single pointers, first the address of the variable is fetched and then again, the value variable is fetched from that specific memory address. In case of double pointers, it makes three trips to the RAM before it gets the value of the variable. So, longer the chain, the more time it will take to fetch the variable.

That's all folks, hope this article gives you "yet another" viewpoint towards pointers. Pointers are often misunderstood by a lot of newbie programmers. When broken down to its basics, they are really simple and easy to grasp.

What i Learn from basic C++ Console Project

Arghya Sahoo
Appwrite Loves Open Source: Why I decided to support Starship
#opensource #rust #programming #productivity
8 Best C++ IDEs to use in 2023
#cpp #webdev #beginners #programming
Why I Decided to Invest in My Portfolio as a Junior Developer
#webdev #career #codenewbie #help

Once suspended, arghyasahoo will not be able to comment or publish posts until their suspension is removed.

Once unsuspended, arghyasahoo will be able to comment and publish posts again.

Once unpublished, all posts by arghyasahoo will become hidden and only accessible to themselves.

If arghyasahoo is not suspended, they can still re-publish their posts from their dashboard.

Once unpublished, this post will become invisible to the public and only accessible to Arghya Sahoo.

Thanks for keeping DEV Community 👩‍💻👨‍💻 safe. Here is what you can do to flag arghyasahoo:

Unflagging arghyasahoo will restore default visibility to their posts.