Bitcoin is volatile, not accepted in the shops(and will never be), expensive, unregulated, but many people invest in it. What does everyone see that you might not?

This is a story about economics, investment, politics and human nature.

In short, people are hedging against money printing and, therefore, against inflation and currency depreciation - the more money in circulation, the less your money is worth.

With all this money printed, people's savings are losing value and consequently they’re getting poorer.

We have seen this many times in history, especially after WW1 and WW2. Many countries had problems with inflation but Germany was the main one. More recently, we have Venezuela, Argentina and Zimbabwe, which are also examples of hyperinflation.

When you look at those countries, you realize that Bitcoin is not the riskiest "currency". Smalls and underdeveloped countries currency can be riskier than Bitcoin.

If you bought Brazilian Real two years ago, you would have lost 64%

If you bought Argentina Pesos two years ago, you would have lost 390%

If you bought Venezuela Bolivar two years ago, you would have lost 3,087,453%

Why did all that currency depreciation happen? It could be a result of many different factors, but today we will talk about the main one —country debts.

If the government's debts are much higher than its GDP, it will put the country in a complicated situation, nobody will make any long term investment in the country, and the country itself will not have money to invest and will not be able to borrow more money. If so, it will have high-interest rates which will make things even more complicated.

With the pandemic, more countries will have problems paying their debts, and when that happens, what do you think governments will do? Print money, of course! The problem is that lack of international investment and money printing will devalue the currency and consequently, we will see hyperinflation.

Recently we had a curious dynamic in Europe with Greece. They were about to default on their debts when the EU helped them to restructure their debts, getting government austerity in return. But before all that happen they considered leaving the EU. Why would they want to leave the European Union and abandon the euro? To be able to print money! Only the EU central bank can print the Euro currency.

Why didn't they leave? In short, because their new currency would be worthless and they would be living in hyperinflation very soon.

Credit and debt play an important role in the economy and understanding this will help you understand the world you are living in. I am not able to explain all that to you in this post, but this video will help. 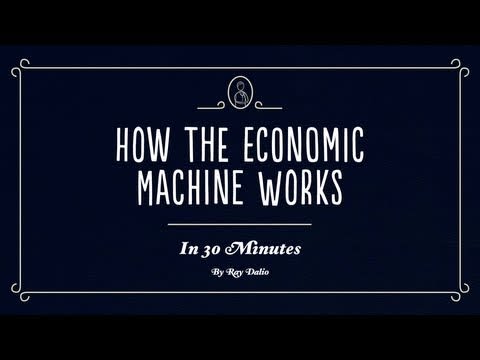 When you finish the video, you will learn that when countries cannot pay their debts, they will print money and adopt austerity measures. Money printing if not done right can cause inflation, and it reduces your wealth, therefore you need to protect your capital.

Before we talk about Bitcoin we need to understand what is money. The money, how we know it today, is called Fiat money. It is a government-issued currency that is not backed by anything but by the government that issued it.
In the past, currencies were backed by Gold, but that is no longer the case. That means Fiat currency and Bitcoin are backed only by the people's confidence in its value.

So if you ask me if I would prefer ten thousand Dolares in Pesos/Bolivar or in Bitcoin, I would choose Bitcoin because I have more confidence in Bitcoin than those Government currencies.
I can exchange Bitcoin into any currency at any time. It can not be the same for the currencies mentioned.

First, Bitcoin is not a currency. You can not go to the supermarket and buy food with it. Bitcoin will never be a currency! A Bitcoin transaction is slow and expensive. A Bitcoin transaction can take up to 60 USD and take an average time of 10 minutes.
So what is a Bitcoin? It is a financial asset, something like gold, a mechanism to store value due to its scarcity. There will be a max number of Bitcoin. The max supply of Bitcoin is 21 million Bitcoins. Because of that, it is unlikely to depreciate over time.

Is Bitcoin price too high?

That it is obviously relative. If we compare its price to how much it was last year, we can say that it is pretty high. It has risen almost 800% in one year. From 5k to almost 60k. However, if Bitcoin consolidates as a store of value and takes a portion of the gold market, Bitcoin can reach 500k. So in 10 years, we might look back and see that Bitcoin is not expensive.

As you can see, not only the price of Bitcoin has soared. By the way, this is one more lesson for you: the first thing to inflate as the consequence of money printing is financial assets. (We are in a big crisis, have the house prices dropped in your country?)

Now you know more about the economy, the world you live in and its risks, you might be questioning yourself, what should I do to protect my wealth?
The answer is quite simple: diversify your investments, think about the long term and play safe.

Diversify in different countries - investing in different currencies but having its custody in the country, will not help if the government take your foreign money;

Play safe - I believe Brazilian Real will continue depreciating but I still have some of my capital in Brazil Real(I am Brazilian living abroad). Why? Because more important than making money is to not lose money. Forex hedging helps to protect your capital in both directions (Currency depreciation or appreciation)

Should you invest in Bitcoin?

I personally think every investor should have at least 5% of their portfolio in high-risk investments, and Bitcoin should be included.
The logic in exposing yourself to high-risk investments is: If the investment goes really bad you will lose 100% of your investment, but if it goes well, there is no limit for profits.

It’s predictable that fear, greed, panic, exuberance and irrationality often rule investor decisions. Hold on to your human nature greed! The recommendation is to not allocate more than 10% of your capital to high-risk investments, and most importantly, don't invest in what you don't know well.

Remember, the best investment is in yourself.

Create scripts in JavaScript with zx

Getting DRY with Figma plugins

What is resilience engineering? A lightning talk with background information