In my previous blog post Chopping the monolith, I explained my stance on microservices and why it shouldn't be your golden standard. However, I admitted that some parts of the codebase were less stable than others and had to change more frequently. I proposed "chopping" these few parts to cope with this requirement while keeping the monolith intact. As Linus Torvalds once wrote:

Talk is cheap, show me the code!

I want to show how to do it within the scope of a small demo project to comply with the above statement.

In my career, I've spent some years in the e-commerce domain. E-commerce in the real world is much more complex than people might think. Yet, I found that simplifications of some parts of e-commerce are easy to understand because it "speaks" to the audience.

A huge chunk of e-commerce is dedicated to pricing. Pricing rules are very volatile and need to change quite frequently. Here are some reasons:

Here, we have an e-commerce shop: 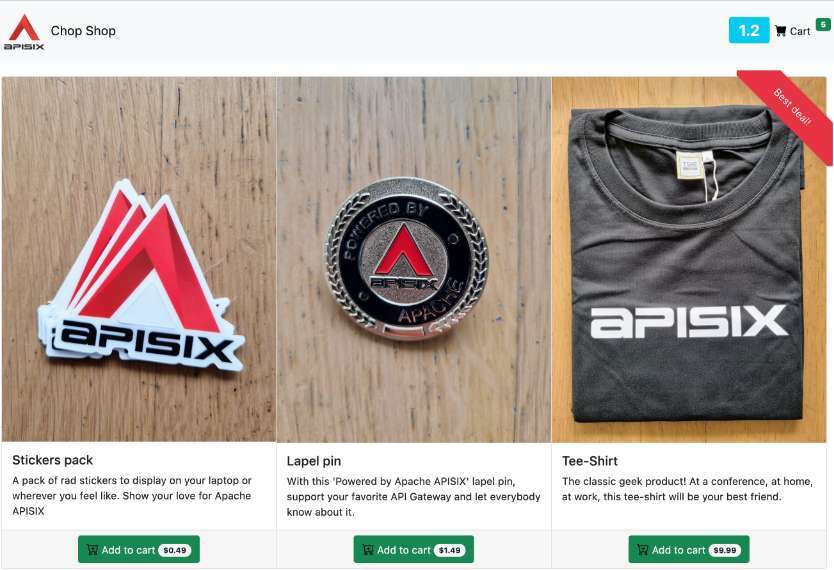 We can add items to the cart and check its content: 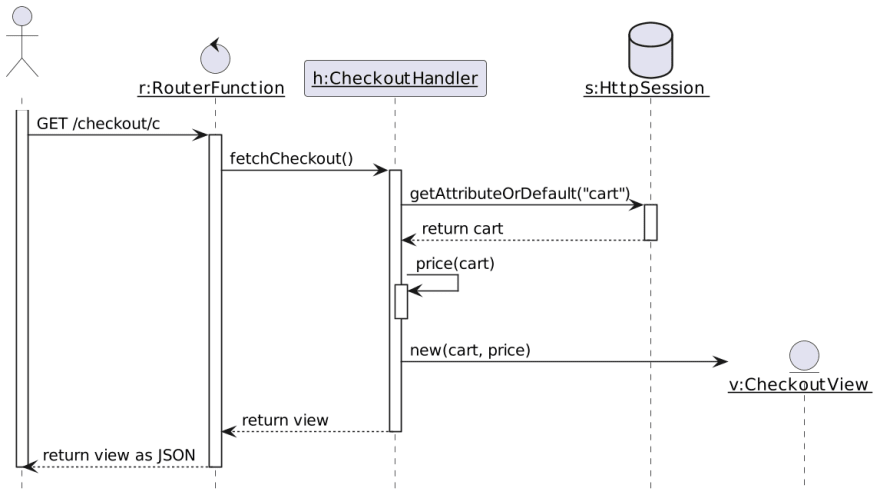 The application relies on the Spring Boot framework: it's coded in Kotlin and uses the Beans and Routers DSLs. It leverages Kotlin's coroutines to implement asynchronous communication.

The code is implemented as the following:

The pricing logic is coded in its file:

At this point, pricing is strongly coupled to the CheckoutHandler.

The new architecture includes a couple of changes:

The new code reflects this:

Opening the browser dev tools reveals both HTTP requests on the checkout page:

At this stage, if we decide to use an alternative pricing feature, we would have to deploy an updated version of the application with the client calling the alternative URL. Each change to the pricing alternative may require a new deployment. Since the idea is to keep the deployed monolith, we shall improve the architecture instead.

Real-world architectures rarely expose their backend services directly to the outside world. Most, if not all, organizations hide them behind a single entry-point; a Reverse Proxy.

I've prepared a Microsoft Azure Function where I uploaded the pricing code implemented in JavaScript:

With Apache APISIX, we can configure the two routes above.

At this point, while the monolithic shop contains pricing code, it's never called. We can plan to retire it during the next release.

On the other side, we can update the pricing logic according to new business requirements without deploying anything but the function itself.

My previous post focused on why to use microservices and, more importantly, why not to use them. The reason is to speed up the pace of deployment of some parts of the code. Instead of microservices, we can isolate these parts in a dedicated Function-as-a-Service.

In this post, I tried to go beyond the theory and show how you could achieve it concretely. It boils down to exposing the to-be-chopped part via HTTP and using an API Gateway to route the wanted requests to one's service of choice.

The complete source code for this post can be found on Github:

Before the demo, launch the MariaDB Docker image:

After the demo, stop the MariaDB Docker image:

In the pricing folder:

Rethinking the “One Ring To Rule Them all” Monorepo manager