It has been 3 years since my family has had a good snow. Last year, we lived in Zurich from November through January - sure that we would get a few blizzards of the white stuff. Nothing. The forecasts this winter have held promise 5 days out, but the forecast always fizzled at the last moment. Last weekend however, we saw that the snow was probably going to finally hit - a red alert - if you will! 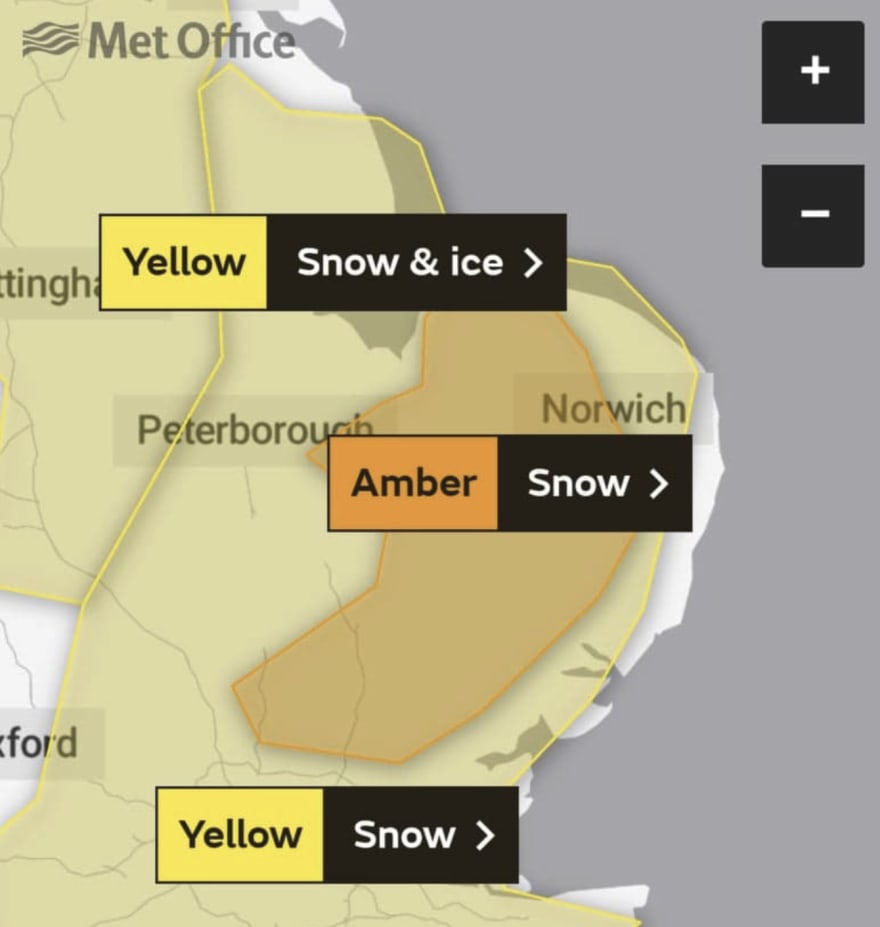 The forecast promised snow, but also that it would be rain by 1 PM. Now, I get excited by snow, but there is no excitement like that of a 5 year old: 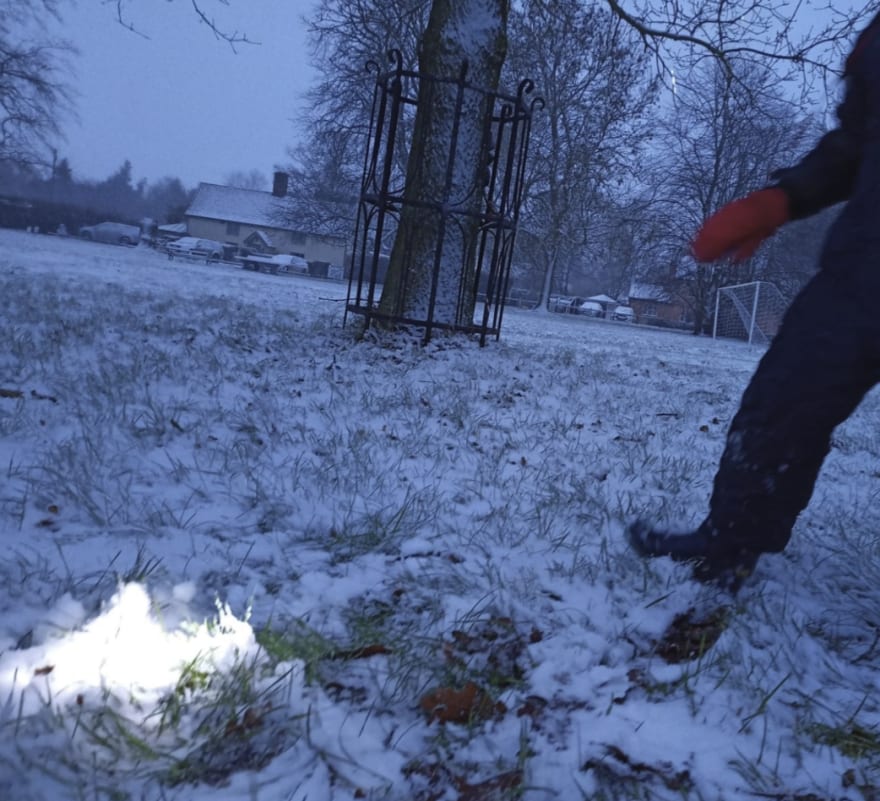 By 7AM, there was no light in the sky, but there was a dusting of snow. That was enough, and we were off to the park across the street, where we could make up for a lack of depth with a huge area of snow. The kids quickly got to work, and built a snowman in the corner of the park - where we could see it from the house.

I have a Raspberry PI livestream pointing very close to the corner of the park. With a minor adjustment, I was able to center the stream on the snowman.

There is no video of the snowman being built - the house Wi-Fi was off, and honestly, I was lucky to get a cup of coffee in before we headed out. But the best was actually yet to come! For me, seeing the enjoyment that others have with our snowman was worth it. 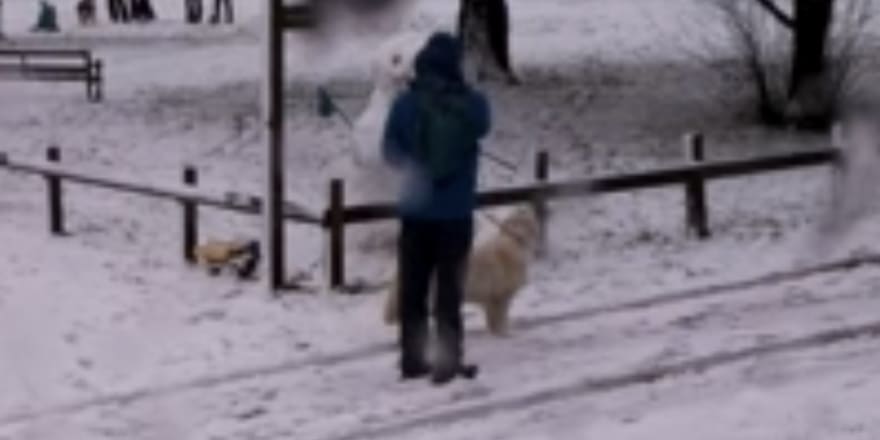 My livestream is set to save each hour of video, so it is easy to watch the replay (at 2x speed) to see the neighbors look at our snowman.

The link above uses one of api.videos cool indexing features. The #t=1940 tells the video player to start playback at 1940s (that's 32 minutes and change) into the video. That way you can see the dog walking/photo taking occur, and not have to scan through the video. If you scan back to ~12:00 in this video, you may see a spontaneous TikTok dance recording on the park bench :)

As predicted, the snow turned to rain (earlier than promised, sadly), and it got very slushy out. We came inside for cocoa and soup, and as the sun came out, Mr. Snowman began to lean. It was the lean that all snowman builders know - the death fall was imminent. 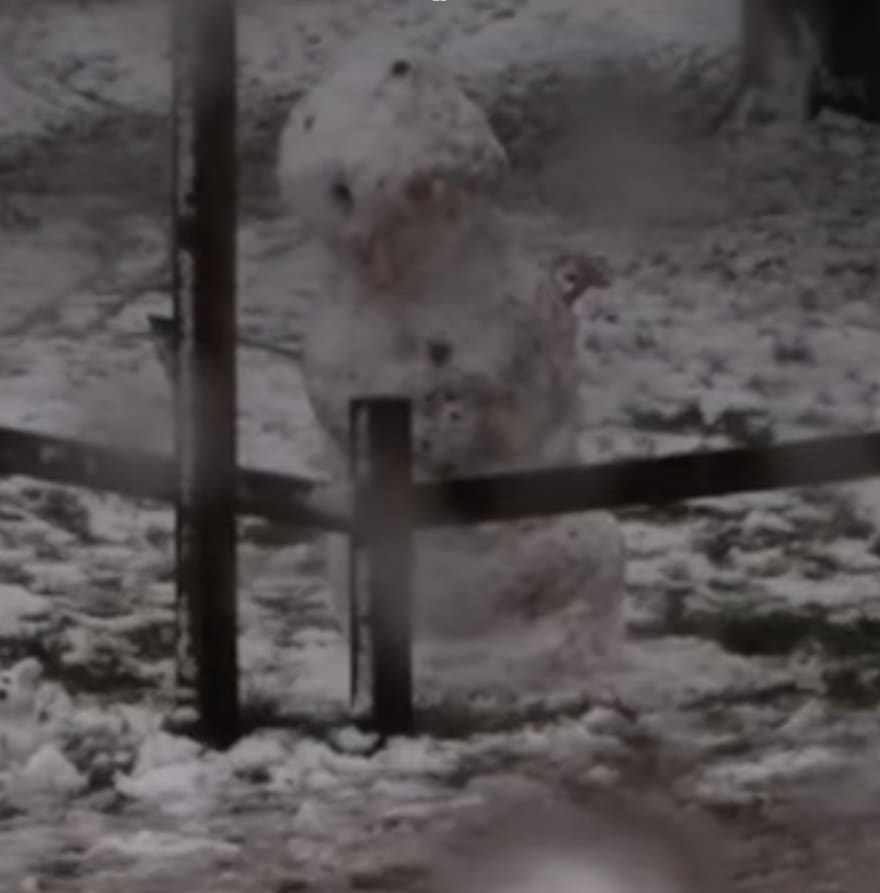 There's nothing that we can do: the snow is now all slush, and the sun is out - Mr. Snowman's fate is sealed. All we could do was watch from the window. I missed the moment that his head fell, but my kids saw it. But an event like that - you want to see it again. We could have waited until my hour long stream was done and watched the VOD version. But api.video has an 'instant replay' feature where we can rewind the livestream to re-watch parts of the stream - while the stream is stil live! So, my kids and I got to the computer (and I managed to start a screen recording), and we watched the head “kerplunk” several times:

End of the day

As the sun began to set, we noticed that Mr. Snowman had a new head. Looking back at the VOD, we see that a neighbor worked out in the field to create a new head, and then carried it across the green to bestow it upon Mr. Snowman

On Monday morning, I was sipping my coffee and readying to start work, I saw a crew of workers pointing at the remains of Mr. Snowman.

Hmm - seems like a pretty big response for a snowman in the corner of the park… It turns out these gentlemen ripped out the fence bordering the park, and built a new one - all without disturbing the remains of Mr. Snowman:

And a few hours later, a brand new fence, and a diminished Mr. Snowman.

So, using my api.video livestream, I was able extract even more enjoyment from our snowman than the typical building and watching from the window. We could track its “lean” through the day, and see our neighbours interact with the snowman. We used the live instant replay to watch his head fall to the ground. The recordings can help us remember this day, and the fun we had as a family in the park with Mr Snowman. Maybe you'll be able to create family memories you'll always cherish with your livestream. Try out our API, set up a livestream, and let us know what you think in our community forum