Any C programming exam having objective questions, be it class test or campus placement exam, I am sure you must have faced these type of question more than once. 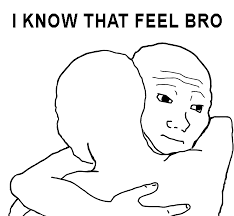 some geniuses even go beyond this and they will make a long statement which will not even fit in one line of an A4 sheet.

What is the Rule:

As some of you might as well know that the answer to questions like above is ‘compiler dependent’ or is ‘unpredictable’. Right.

So there is something known as ‘Sequence point’ in C. After each and every sequence point compiler evaluates whatever it has encountered so far after the previous sequence point.

So a semicolon (; ASCII 59) is the sequence point in C. Compiler evaluates everything when it encounters the semicolon before moving to the next statement.

the sum will be printed as 5 because the compiler will evaluate sum in the second statement before moving to printf statement.

But how compiler evaluates things within a sequence point comes with NO guarantee. in a statement like

What about undefined behavior:

C standards say that the value of a variable can change at most once inside a single sequence point. But in statements like a++ + ++a we change values of a more than once. This is not allowed as per C compiler. You break the rule, Compiler does the same.

If no such option is given, talk to the teacher and politely direct him towards this blog.

More from the Author:

What piece of tech do you regret choosing for a project?

Understand Source Code – Deep into the Codebase, Locally and in Production

Once suspended, anuragrana will not be able to comment or publish posts until their suspension is removed.

Once unsuspended, anuragrana will be able to comment and publish posts again.

Once unpublished, all posts by anuragrana will become hidden and only accessible to themselves.

If anuragrana is not suspended, they can still re-publish their posts from their dashboard.