Arduino is an open-source platform used to make electronics projects. It consists of both a microcontroller and a part of the software or Integrated Development Environment (IDE) that runs on your PC, used to write & upload computer code to the physical board. The platform of an Arduino has become very famous with designers or students just starting out with electronics, and for an excellent cause. 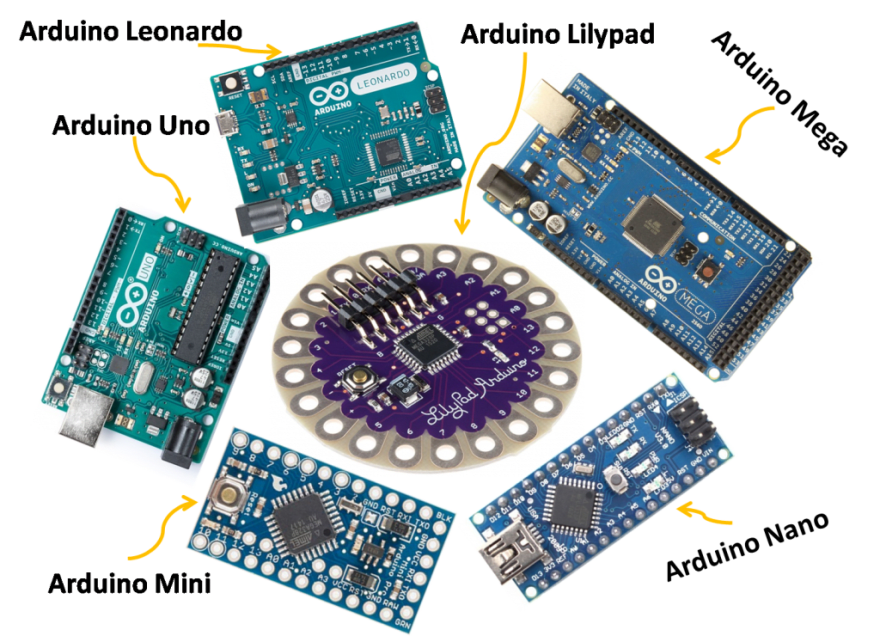 Unlike most earlier programmable circuit boards, the Arduino does not require a separate part of hardware in order to program a new code onto the board you can just use a USB cable. As well, the Arduino IDE uses a basic version of C++, making it simpler to learn the program. At last, the Arduino board offers a typical form factor that breaks out the functions of the microcontroller into a more available package.

Arduino board has been used for making different engineering projects and different applications. The Arduino software is very simple to use for beginners, yet flexible adequate for advanced users. It runs Windows, Linux, and Mac. Teachers and students in the schools utilize it to design low-cost scientific instruments to verify the principles of physics and chemistry. There are numerous other microcontroller platforms obtainable for physical computing. The Netmedia’s BX-24, Parallax Basic Stamp, MIT’s Handyboard, Phidget, and many others present related functionality.

Arduino also makes simpler the working process of microcontroller, but it gives some advantages over other systems for teachers, students, and beginners.

The Function of the Arduino Board

The flexibility of the Arduino board is enormous so that one can do anything they imagine. This board can be connected very easily to different modules such as obstacle sensors, presence detectors, fire sensors, GSM Modules GPS modules, etc. The main function of the Arduino board is to control electronics through reading inputs & changing it into outputs because this board works like a tool. This board is also used to make different electronics projects in the field of electronics, electrical, robotics, etc.

The features of different types of Arduino boards are listed in the tabular form.

The list of Arduino boards includes the following such as:

The Uno is a huge option for your initial Arduino. This Arduino board depends on an ATmega328P based microcontroller. As compared with other types of arduino boards, it is very simple to use like the Arduino Mega type board. .It consists of 14-digital I/O pins, where 6-pins can be used as PWM(pulse width modulation outputs), 6-analog inputs, a reset button, a power jack, a USB connection, an In-Circuit Serial Programming header (ICSP), etc. It includes everything required to hold up the microcontroller; simply attach it to a PC with the help of a USB cable and give the supply to get started with an AC-to-DC adapter or battery.

Arduino Uno is the most frequently used board and it is the standard form apart from all the existing Arduino Boards. This board is very useful for beginners. Please refer to this link to know more about Arduino Uno Board 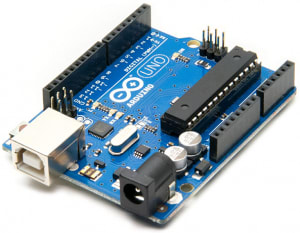 This is a small board based on the microcontrollers like ATmega328P otherwise ATmega628 but the connection of this board is the same as to the Arduino UNO board. This kind of microcontroller board is very small in size, sustainable, flexible, and reliable. 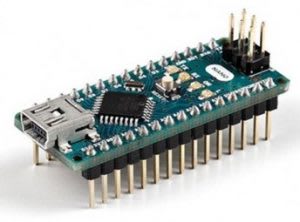 As compared with the Arduino Uno board, it is small in size. The devices like mini USB and Arduino IDE are necessary to build the projects. This board mainly includes analog pins-8, digital pins-14 with the set of an I/O pin, power pins-6 & RST (reset) pins-2. Please refer to this link to know more about Arduino Nano Board.

The Arduino Micro board mainly depends on the ATmega32U4 based Microcontroller that includes 20-sets of pins where the 7-pins are PWM pins, 12-analog input pins. This board includes different components like an ICSP header, RST button, small USB connection, crystal oscillator-16MHz. The USB connection is inbuilt and this board is the shrunk version of the Leonardo board. 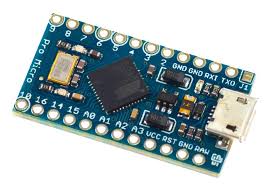 This Arduino board depends on the ARM Cortex-M3 and it is the first Arduino microcontroller board. This board includes digital I/O pins-54 where 12-pins are PWM o/p pins, analog pins -12, UARTs-4, a CLK with 84 MHz, an USB OTG, DAC-2, a power jack, TWI-2, a JTAG header, an SPI header, two buttons for reset & erase. 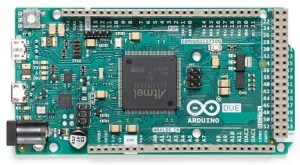 This board works with 3.3V where the highest voltage that the pins of input/output can stand is 3.3V because providing a high voltage to any I/O pin can lead to damage the board This board is simply connected to a computer through a small USB cable otherwise it can be powered through an AC to DC adapter. This Arduino Due board is suitable with all shields of Arduino at 3.3V.

The Lily Pad Arduino board is a wearable e-textile technology expanded by Leah “ Buechley” and considerately designed by “Leah and SparkFun”. Each board was imaginatively designed with huge connecting pads & a smooth back to let them to be sewn into clothing using conductive thread. This Arduino also comprises of I/O, power, and also sensor boards which are built especially for e-textiles. These are even washable! 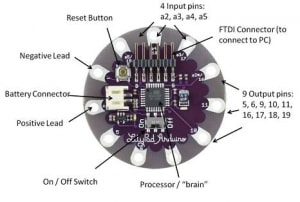 This Bluetooth mainly depends on the microcontroller like ATmega168 and this board is also called Arduino BT. This kind of board includes different components like digital pins-16, analog pins-6, crystal oscillator-16MHz, reset button, screw terminals, ICSP header. In this board, the screw terminals are mainly used for power. The programming of this Bluetooth microcontroller can be done with Bluetooth like a wireless connection. 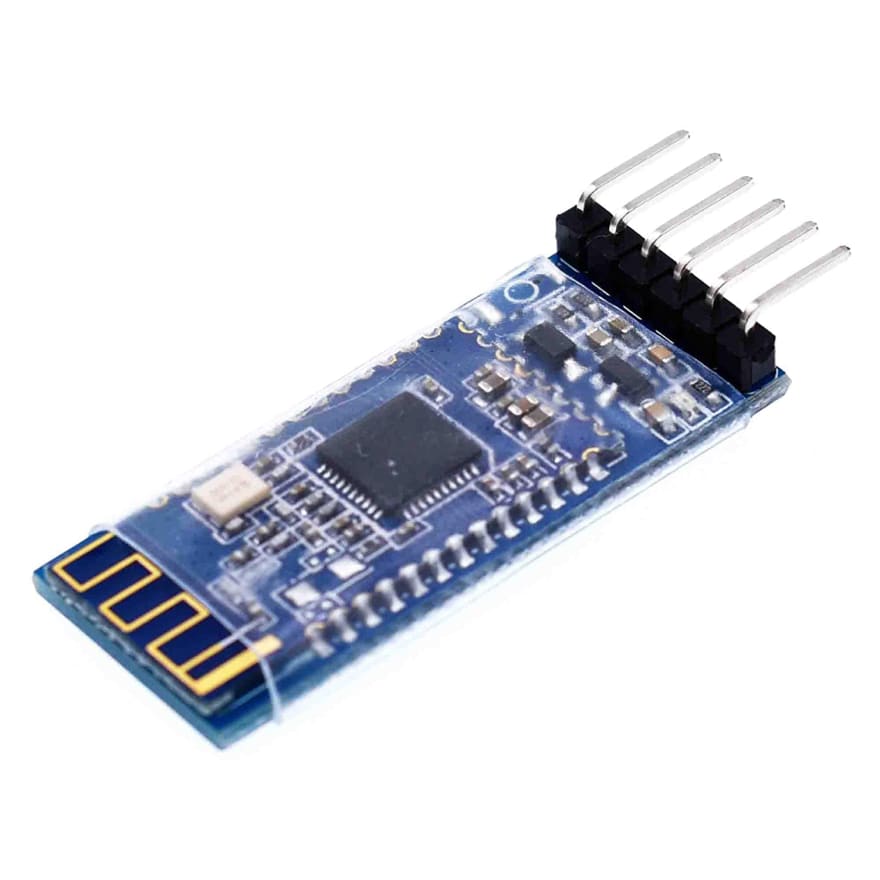 The microcontroller board like Arduino Diecimila mainly depends on the ATmega168. This board includes digital I/O pins -14 where 6-pins can be used like PWM outputs & analog inputs-6, a USB connection, a crystal oscillator-16 MHz, an ICSP header, a reset button & a power jack. This board can be connected to a computer through a USB cable and it can be activated using a battery and an AC-DC adapter. 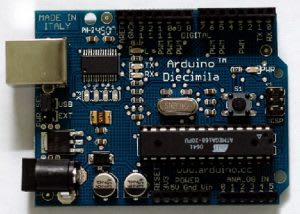 As the name suggests, the meaning of Diecimila in Italian is 10,000 which means that marks the truth that above 10k Arduino boards have been designed. In a set of USB Arduino boards, it is the latest one as compared with other versions.

The RedBoard Arduino board can be programmed using a Mini-B USB cable using the Arduino IDE. It will work on Windows 8 without having to modify your security settings. It is more constant due to the USB or FTDI chip we used and also it is entirely flat on the back. Creating it is very simple to utilize in the project design. Just plug the board, select the menu option to choose an Arduino UNO and you are ready to upload the program. You can control the RedBoard over a USB cable using the barrel jack. 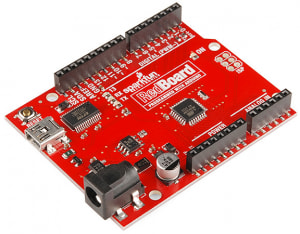 The Arduino Mega is similar to the UNO’s big brother. It includes lots of digital I/O pins (from that, 14-pins can be used as PWM o/ps), 6-analog inputs, a reset button, a power jack, a USB connection, and a reset button. It includes everything required to hold up the microcontroller; simply attach it to a PC with the help of a USB cable and give the supply to get started with an AC-to-DC adapter or battery. The huge number of pins make this Arduino board very helpful for designing projects that need a bunch of digital i/ps or o/ps like lots of buttons. Please refer to this link to know more about Arduino Mega (R3) Board 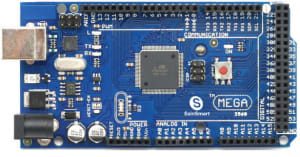 The first development board of an Arduino is the Leonardo board. This board uses one microcontroller along with the USB. That means, it can be very simple and cheap also. Because this board handles USB directly, program libraries are obtainable which let the Arduino board to follow a keyboard of the computer, mouse, etc. 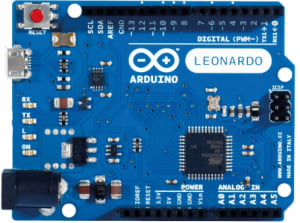 This kind of board is the first Arduino over wheels. This Arduino robot includes two processors on each of its boards. The two boards are the motor board and control board where the motor board controls the motors & the control board is used to read the sensors for operating. Every board is a complete Arduino board and its programming can be done through the Arduino IDE. These are microcontroller boards that depend on the ATmega32u4. 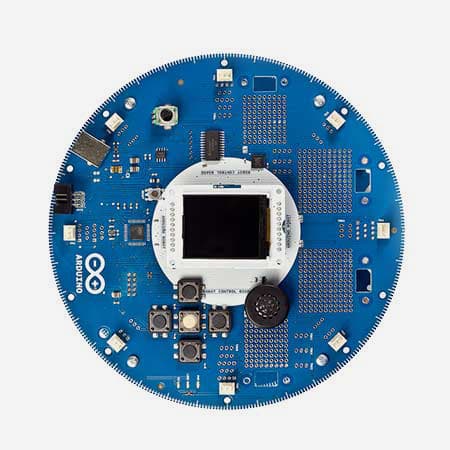 The pins of this Robot are mapped to actuators and sensors onboard. The process of programming the robot is the same as the Arduino Leonardo board. It is also named a small computer and it is extensively used in robotics. This board includes the speaker, color screen, buttons-5, motors-2, a digital compass, an SD card reader, potentiometers-2 & floor sensors-5. The library of this robot can be used for controlling the sensors as well as the actuators.

The Arduino Esplora includes a small computer known as a microcontroller including a number of inputs & outputs. The inputs of this board are a light sensor, four buttons, a microphone, an accelerometer, joystick, a slider, a temperature sensor, etc whereas the outputs are a 3 color LED, a buzzer. This kind of Arduino board looks like a videogame controller. 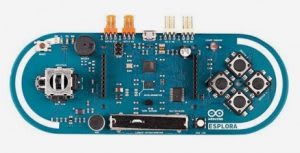 The programming of this board can be done using Arduino Software like IDE which takes the data from the inputs and controls the output like a keyboard or a mouse. As compared with all other types of Arduino boards, this esplora is totally different because the inputs, as well as outputs, are connected to the board already. So connecting the components like actuators or sensors is very simple. Thus, programming is somewhat different as compared with other types of Arduino boards. This esplora board includes its own library so that the data from the sensors & actuators are very easy to read and write.

The Arduino Pro Micro board is the same as the Arduino Mini board apart from the ATmega32U4 Microcontroller. This pro mic board includes digital I/O pins-12, pulse width modulation (PWM) pins-5, serial connections of Tx & Rx &10-bit ADC. 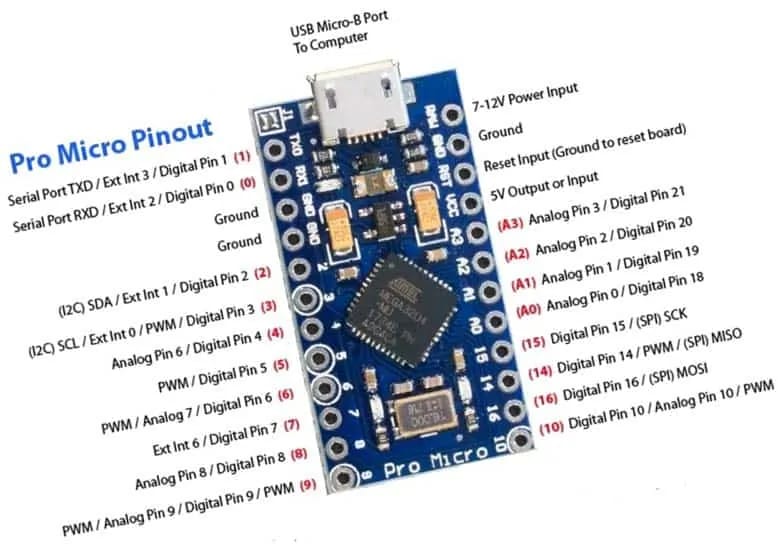 The Arduino Ethernet board depends on the microcontroller like ATmega328. This kind of microcontroller board includes analog pins-5, digital I/O pins-14, RST button, an RJ45 connection, crystal oscillator, a power jack, ICSP header, etc. The connection of the Arduino board can be done through the Ethernet shield to the internet. 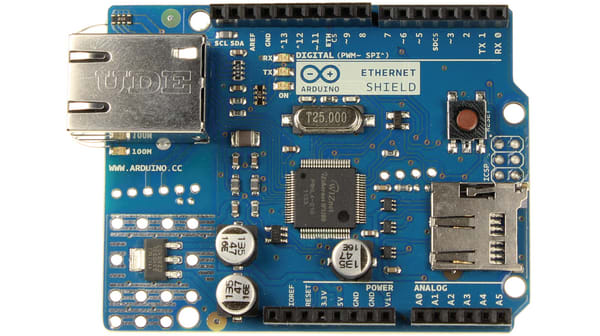 This is a powerful as well as simple 32-bit board and it provides the best platform for innovative projects like wearable technology, smart IoT devices, crazy robotics, high-tech automation, etc. This board expands by providing improved performance, permitting a range of project opportunities & performs like a great educational tool. 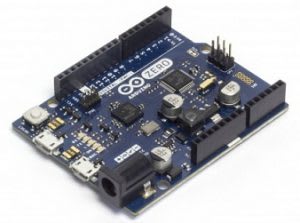 This board includes analog input pins-6, digital I/O pins-14, a power jack, AREF button, UART port pins, a USB connector & an In-Circuit Serial Programming (ICSP) header, a power header, etc.
This board is power-driven through the SAMD21 microcontroller based on Atmel. The main feature of this is EDBG (Embedded Debugger) based on Atmel and it provides a complete debug interface without using extra hardware.

The features of the Hifive1 board include the following. 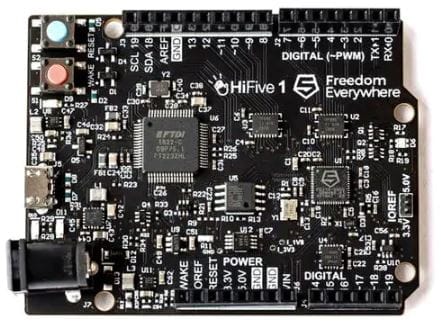 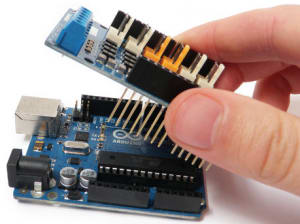 The comparison between different Arduino boards includes the following.

How to Select the Right Arduino Board?

There are different types of Arduino boards existing in the market today such as the FreeDuino & NetDuino. The best way to select the Arduino board is by checking and differentiating the trade names on the original boards. So getting low-cost Arduino boards is easy through online sites as well as electronic stores. These boards are available with different versions as well as specifications.

The programming of all the boards can be done with the Arduino IDE software that permits anyone to write as well as upload the code, but each board varies based on the inputs, outputs, speed, form factor, voltage, etc. The voltage required to operate these boards range from 3.7V to 5V.

Thus, this is all about different types of Arduino boards.